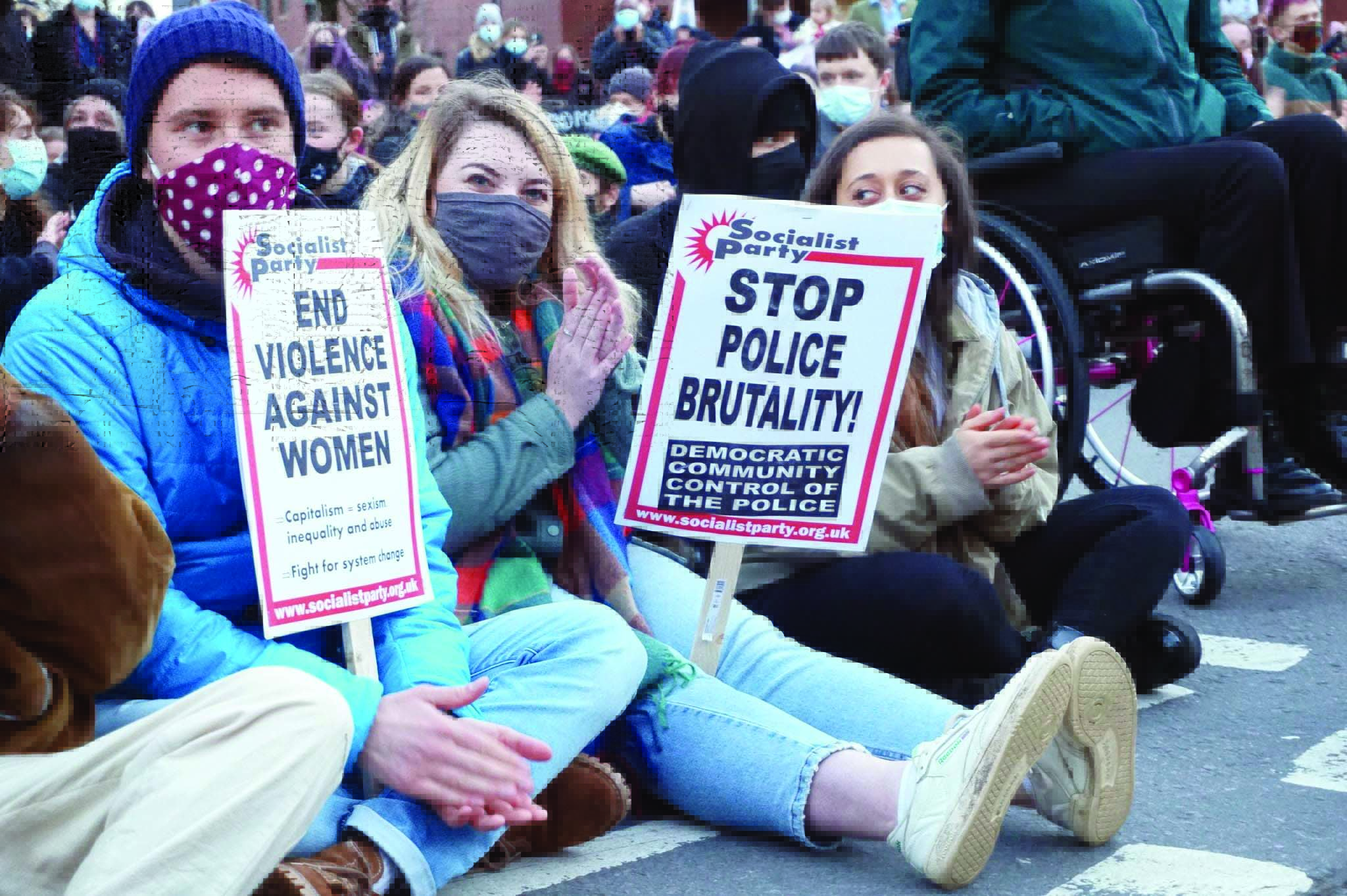 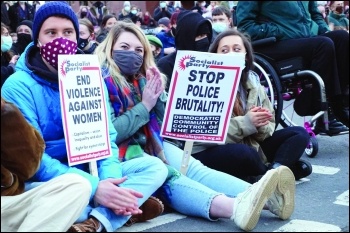 After a year of misery, more Covid cuts are coming. This threatens us all – maybe cuts to a local A&E, more cuts to street-lighting, bus routes disappearing – and greater destitution.

It’s no coincidence that this bill is before Parliament just as workers and young people are organising to fight the derisory NHS pay offer, the disgusting ‘fire and rehire’ practices rolling out across workplaces, and for students’ fee and rent refunds.

There is a huge Covid spending bill – and the Tories are preparing to make us pay it with attacks on our services, jobs, and pay.

The Tory government knows that working-class people will not accept the misery they are offering. In order to try and prevent the inevitable mass protests and strikes, they are trying to beef up the repressive powers of the police. It won’t work!

That was shown by the mass defiance of the ban on the Sarah Everard vigil. This has turned a spotlight on the bill: until then Keir Starmer’s Labour planned to abstain!

How can you consider abstaining on an attempt to silence the working class? When you’re on the side of the big business capitalist class.

Working-class people can only rely on our own strength to defend our democratic rights and ability to fight austerity – the right to protest, organise, march and strike. The government’s retreat on maintaining the ban on protests in the Covid legislation indicates how they can be pushed back.

The trade union leaders must take the lead. Coordinate our protests, starting with NHS workers, linking up with those facing attacks across the public sector, students, and young workers looking down the barrel of unemployment. Socialist Party members are standing in trade union elections to raise this fighting approach that’s necessary.

Starmer’s rotten role makes clear we also need our own political voice. By campaigning for and standing no-cuts candidates in the 6 May elections, as part of the Trade Unionist and Socialist Coalition, the Socialist Party is fighting to help bring a new mass workers’ party into being.

The government factsheet on the Police, Crime, Sentencing and Courts Bill explains that it will “strengthen police powers to tackle non-violent protests that have a significant disruptive effect on the public or on access to Parliament.”

On 17 March, workers involved in a peaceful picket at SAICA Packaging’s Edinburgh site were dispersed by Police Scotland after threats of fines and further ‘punishment’ for anyone orchestrating the dispute. 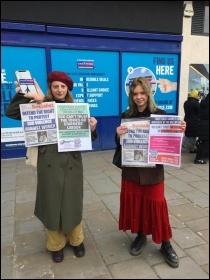 Defending the right to protest against violence against women   (Click to enlarge: opens in new window)

Effective protest that is considered a “public nuisance”, will now be a statutory offence rather than a common law offence. Would this include, for example, a workers’ factory occupation against closure and the loss of jobs?

The police will have the power to assume protesters have knowledge of conditions set on a protest, making it easier to convict for ‘breaches’ of their undemocratic restrictions.

The Home Secretary will have the power, through secondary legislation, to define “serious disruption to the activities of an organisation”. This sounds like it’s aimed at, for example, those strikers in Edinburgh.

Over the weekend of 20 and 21 March thousands across the country marched to say ‘Kill the Bill’. One of the biggest protests was in Bristol, where thousands peacefully assembled. Later in the evening, a small number of the protesters were involved in rioting which is being used by Home Secretary Priti Patel to make the case for her repressive legislation.

Yet Bristol’s Labour mayor limited himself to condemning the rioters, without raising any demands for the police to be held to account for their actions. He claims to oppose the bill, but why didn’t he use his position as mayor to mobilise the labour movement to build for the protest, and also to organise democratically accountable stewarding?

Police provocation is not a new risk to the labour movement and should be anticipated as much as the legal attacks on democratic rights. While these new police powers, like previous ones, won’t prevent collective working-class action, if passed they aim to undermine it – in big business’s interests.

However, even if the bill passes, the Tories are fooling themselves if they think unjust laws can prevent a tsunami of protest. This month is the 30th anniversary of the announcement of the removal of the unjust poll tax law from the statute books by an 18-million strong mass movement of organised civil disobedience, led by the Socialist Party, then called Militant. That movement forced the resignation of the ‘Iron Lady’ – Maggie Thatcher, but it will be put into the shade by the storms ahead for Johnson.