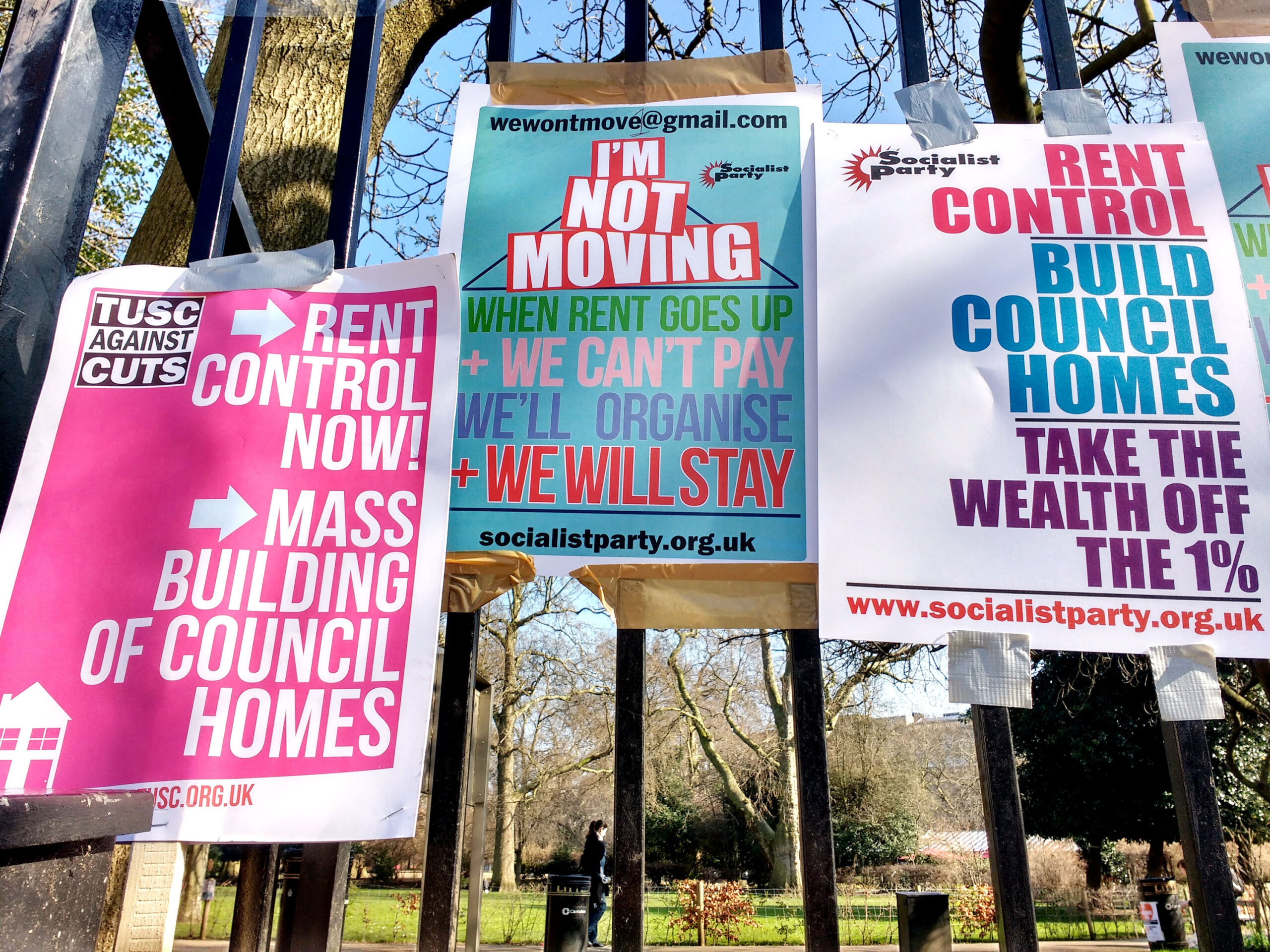 Tenants and housing workers in London are fighting back on Saturday 17 April. A day of action on housing will demand: “Stop the evictions! Drop the debts!”

Housing has been a particularly acute problem for working-class and young people during the pandemic. Overcrowded and unaffordable homes have helped drive Covid transmission and impoverishment.

Housing debts have soared. Many tenants are at risk of eviction – legal or not. But whatever the shape of your crisis, it is very much a crisis for huge numbers of tenants.

Even those forced out can still face robbery – one letting firm is suing refugee campaigner Lawanya Ramajeyam for thousands of pounds over a room she had already left! (See ‘Multimillion-pound rental firm demands thousands from homeless asylum seeker‘.)

Groups including the housing workers’ branch of general union Unite, and the Social Housing Action Campaign (Shac), have called the day of action.

Safe, socially distanced protests will take place across the capital. This will include a 1pm march, with PPE and in groups of six, from the Boundary Estate in Shoreditch, east London.

The Boundary Estate was one of Britain’s first council housing schemes, opened in 1900. It was built by the London County Council, the equivalent of today’s Greater London Authority (GLA).

Unfortunately, under right-wing Labour mayor Sadiq Khan’s ‘London Plan’, public land and homes are more and more a thing of the past. Privatisation and unaffordable monster blocks are the order of the day.

That’s why London Socialist Party will be participating in the housing day of action. We’ll also be fighting to get socialists into City Hall – standing for the GLA as part of the Trade Unionist and Socialist Coalition (TUSC). The Socialist Party says: Stop the evictions! Drop the debts! Cap rents! Build council homes!