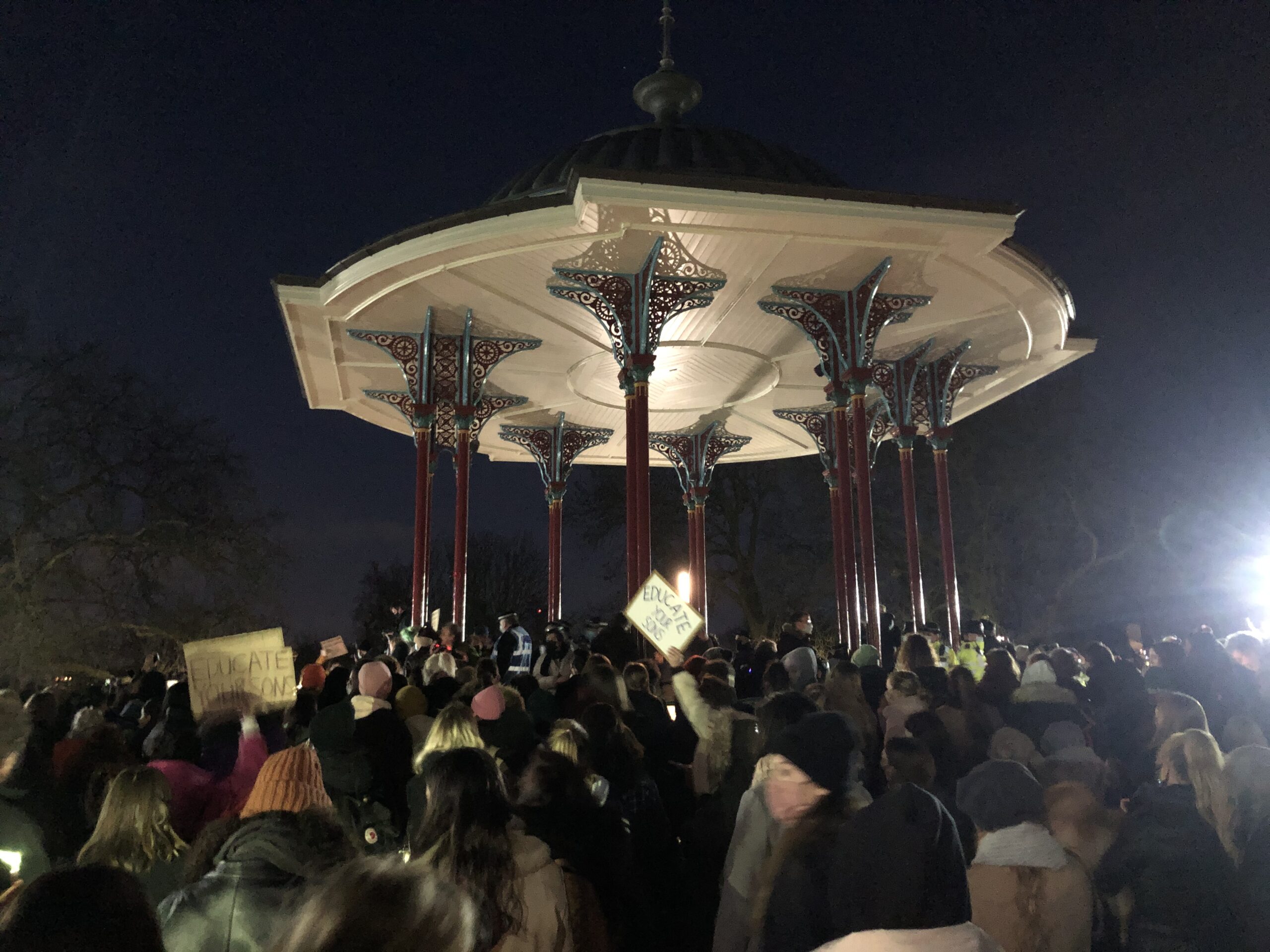 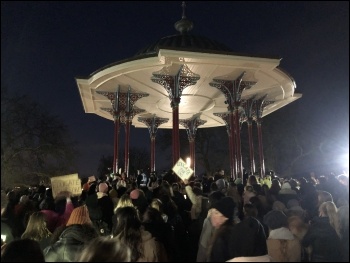 Even vicious Tory Home Secretary Priti Patel was said to have found the Metropolitan Police Commissioner’s explanation of the use of force unsatisfactory, and called for a review.

However, that report, published on 30 March, strongly defended the police’s use of force and said that in their manhandling of protesters the Met Police had “acted appropriately”. One of the vigil organisers has correctly said that the report by Her Majesty’s Inspectorate of Constabulary and Fire and Rescue Services will further erode women’s confidence in the police.

The policing of the vigil – and its defence – are not isolated incidences but part of a ramping up of police powers against protests. The Tories know their plans to make the working class foot the corona spending bill will bring mass protests.

The vigil actually turned the spotlight on the Tory plans, specifically the Police, Crime, Sentencing and Courts Bill, which seeks to criminalise protesting. The Tories’ hopes that this attack on democratic rights would slide into law without opposition, especially given Starmer’s Labour intended to abstain until then, have been shattered. ‘Kill the Bill’ protests are spreading across the country.

The new bill won’t stop these protests. But the report further shows that the fight to stop the attacks on workers and young people defending their rights and livelihoods needs a programme, including for the police.

At the Clapham vigil, Socialist Party members respectfully distributed leaflets – which were snapped up. As well as defending the right to peaceful protest, we called for democratic working-class and community control of policing and public safety, and a socialist alternative.