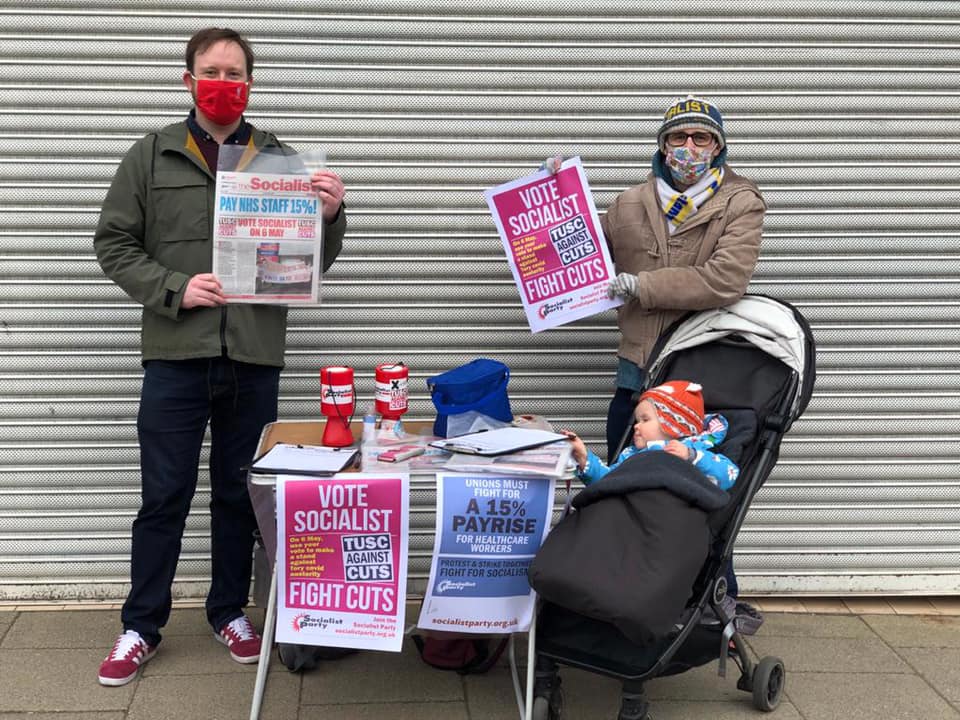 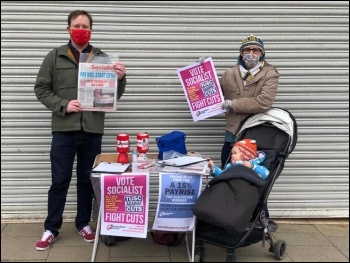 The Tories in Essex County Council want to cut £46 million from public services. There’s nothing left to cut!

It wouldn’t be any different if Labour got in. Labour control three district councils in Essex – Basildon, Colchester, and Harlow. And they have been passing on Tory cuts for a decade. Waltham Abbey library could be next on the chopping block.

The bus services in Waltham Abbey are too expensive, and Sunday services are run by a different company that won’t accept our weekly ticket, forcing us to pay again. Why do we have to fork out again for an unreliable service?

And like many parents, I’m struggling to find a nursery place for my child. The cuts to vital services have to stop. That’s why we’re standing Trade Unionist and Socialist Coalition (TUSC) candidates in the Essex County Council elections. Socialist Party members Scott Jones, Paul Lenihan and Dave Murray are standing in Buckhurst Hill and Loughton South, Harlow South, and Basildon Westleigh Heights respectively, and I’m standing in Waltham Abbey. If elected, we will vote against all cuts and council tax rises.

The far-right ‘For Britain’ party is also standing against us. Some would say TUSC shouldn’t stand, in case we split the vote and let the far right in. But this racist group already occupies a seat in the poorest part of Waltham Abbey.

This area would have traditionally been Labour, but working-class people no longer trust it. Only our message of working-class unity for jobs, homes and services for all can undermine the far right’s support.

There’s another very local issue on my street. A landowner has blocked off the public footpath to the woods behind our houses. We’re demanding the council reopen it. Working-class residents should democratically make decisions on issues like this, including saying ‘no more cuts’.