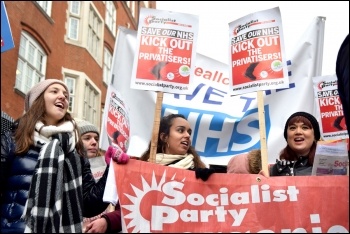 The private sector vampires are sucking in NHS resources at an increasing rate. Over the last decade, more than £96 billion of health service funding has been handed over to non-NHS care providers, including private companies. Last year £14.4 billion was doled out - 11.7% of the NHS's total budget for 2019-20.

We say organise to kick all privateers out of the NHS, pay NHS workers a 15% pay rise and increase funding for a fully publicly owned and democratically run national health service.