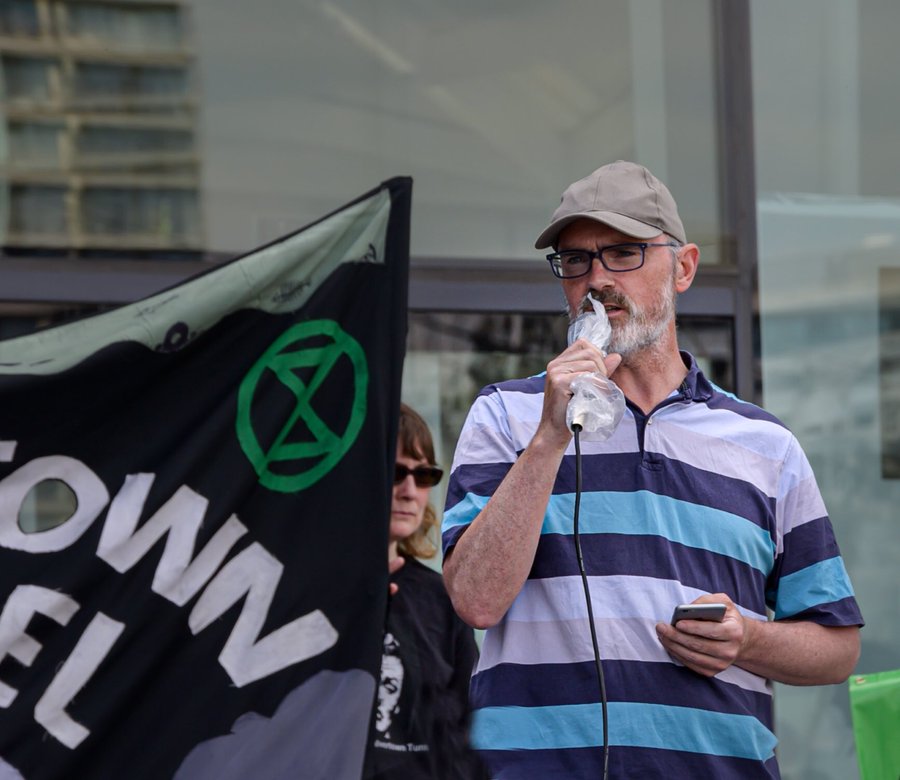 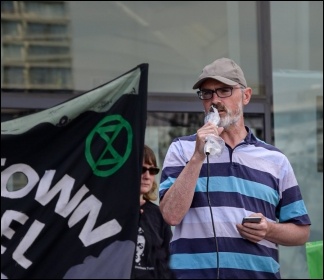 Niall Mulholland speaking at the demo   (Click to enlarge: opens in new window)

The demonstration briefly halted where construction work for the tunnel is underway. Campaigners handed out postcards demanding the £2.2 billion project funds are used for investment in public transport links.

Newham already has some of the worst air pollution in the UK. “Building roads always means more traffic, and not less”, Rosamund Kissi-Debrah, whose nine-year-old daughter Ella died in 2013 due to air pollution poisoning at her home near the South Circular Road, said in a message of support. A performance by the ‘Extinction Rebellion Banshees’ warned about impending death from air pollution.

East London Socialist Party member Niall Mulholland gave greetings from Newham Trades Union Council. He pointed out that “in Irish folklore, wailing banshees also ward off evil spirits – which in this case are the property developers, haulage companies and other big businesses who would profit from the tunnel.”

Tolls will be imposed at the planned Silvertown Tunnel and on the existing Blackwall Tunnel – hitting local working-class people hardest. Niall condemned London Mayor Sadiq Khan’s “shameful” refusal to scrap the project: “This tunnel will leave a monstrous legacy of deaths and degradation of our local community.

“We must not give up on this fight. We must put our leaders’ feet to the fire, until they cancel this tunnel.”