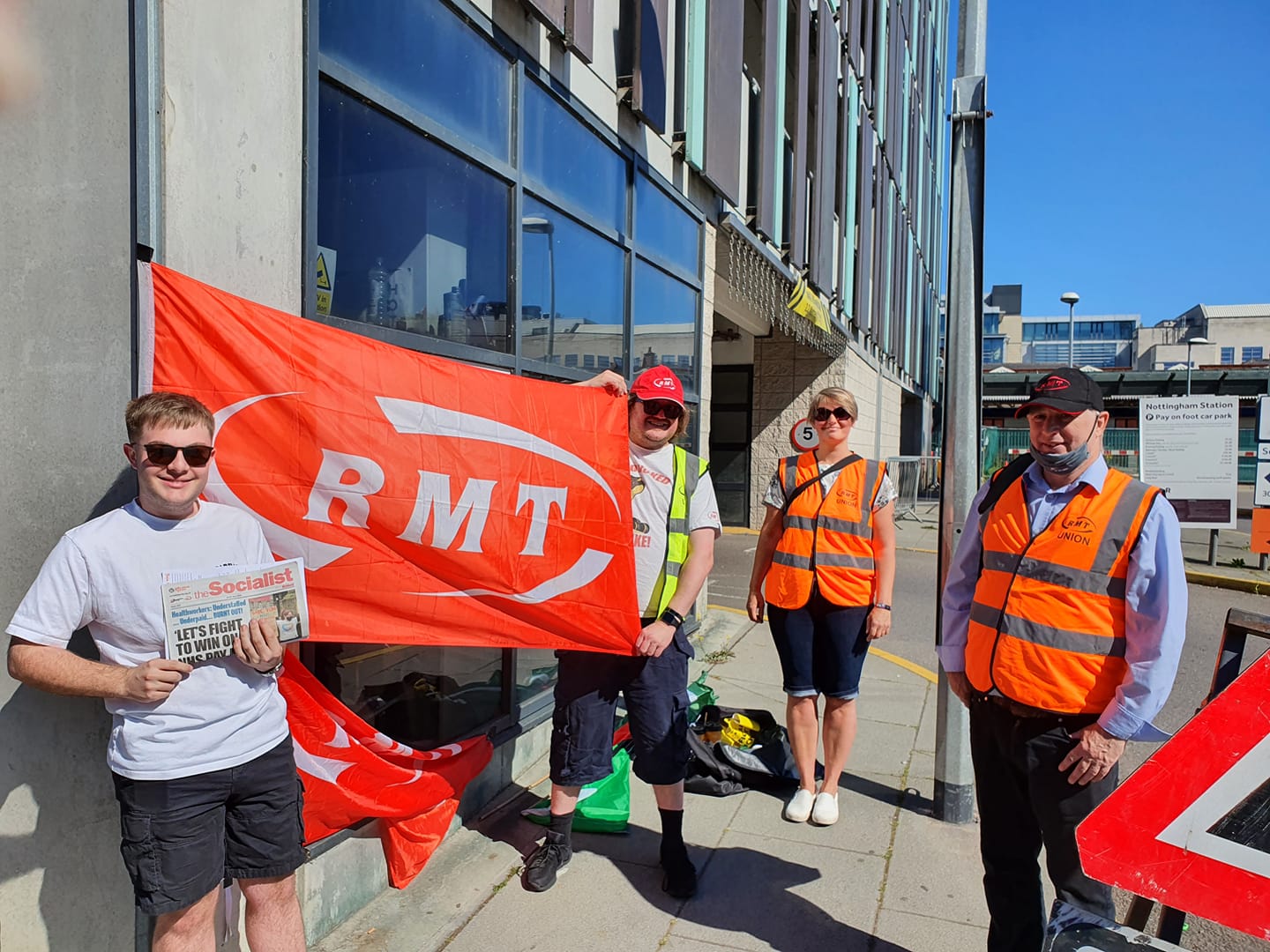 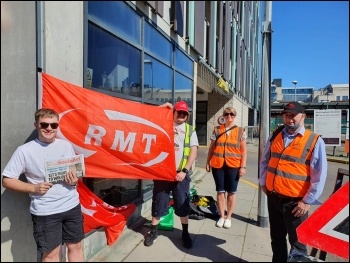 Either there is a deliberate attempt to take on the union or management cannot understand the reality of working in the industry, or both. Good reasons for democratic workers’ control and management of the industry under public ownership.

On 20 June, the RMT set up a ‘negotiating table’, outside the main office in Nottingham as the company won’t come to the table to negotiate. The company prefers to pay managers an extra £275 to work the Sunday and to try to undermine the strike action. It isn’t working, and pickets are in good spirits.