Link to this page: https://www.socialistparty.org.uk/articles/32879 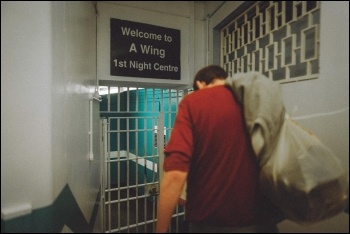 Boris Johnson's new 'Beating Crime Plan' is nothing more than a pitiful attempt to pander to Tory voters.

Among the measures proposed:

These measures will exacerbate the already appalling discriminatory use of 'stop and search' - young black men in London are 19 times more likely to be stopped than their white counterparts.

I work with people who have been sentenced to unpaid work. They do not need to be more 'visible', shamed into not reoffending, or in the words of Tory home secretary Priti Patel: "make yobs clean the streets."

Instead, they need to be given real opportunities to change their lives for the better and reintegrate back into society through fully funded education and training programmes, well-paid work, effective mental health support and access to appropriate drug rehabilitation programmes - all have been cut under the Tories.

Community sentences, such as unpaid work, are more effective at reducing reoffending than even relatively short prison sentences. But this is not what Johnson is attempting to do with his 'crime blitz'.

Johnson is pushing ahead with plans to spend £4 billion to construct new prisons. Under this government, the number of people serving long prison sentences has almost tripled, while community sentences have fallen by a third.

Johnson isn't doing this because he wants to reduce crime, or because he cares about communities suffering from high levels of crime. If he did, he would fully fund public services to redirect people away from the criminal justice system.

Rather, Johnson's 'tough on crime' approach is an attempt to claw back votes. A recent opinion poll revealed that 60% of voters think the government handles the issue of crime badly.

The Police Federation has stated that Johnson's crime policy is "unworkable" and it has declared it has "no confidence" in Priti Patel because of the latest pay freeze.

Alongside ending the cuts to our services and fighting for decent, secure jobs, the Socialist Party believes that the rotten system of capitalism must be removed. Capitalism produces misery, destitution and desperation, forcing people into a situation where, for some, crime is viewed as their only option.

This version of this article was first posted on the Socialist Party website on 4 August 2021 and may vary slightly from the version subsequently printed in The Socialist.