You need a union when the time comes to fight. Join one today! 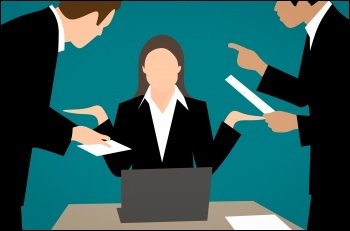 So I phoned my union and they've helped me out so much.

I told my rep that they wanted me to work overtime (70 hours extra a week), pay for training I haven't even gained, and training that was not only statutory, but also mandatory. The rep who backed me up was calm and polite, and when I was talking off track he got me back to the point.

So I raised a grievance and had a meeting. I was so nervous that I was shaking. The rep got me to relax and told me to remember that we're not letting them get away with this without a fight. And we didn't.

Long story short, my cost decreased and every time my rep spoke or asked a question, the manager and HR couldn't give him a straight answer or give a proper reply. He had them shaking in their boots, but they had to stick with their objective, ie to get me to pay back as much as I can. So the terms and conditions after the grievance for paying back my training was better but still absolutely awful. So my rep said that we have a right to appeal and we could get more out of this. So I happily agreed.

At the end of the meeting my supervisor had to come to me and ask me to leave my work for the foreseeable future (being paid of course) because my managers didn't have the balls to tell me themselves.

I phoned my rep and we both laughed.

Join a trade union or you will wish you had one behind you when it's too late. Unions do so much more than offer car insurance and other benefits. When you tell your union what to do when the time comes they'll fight for it. Join a union!