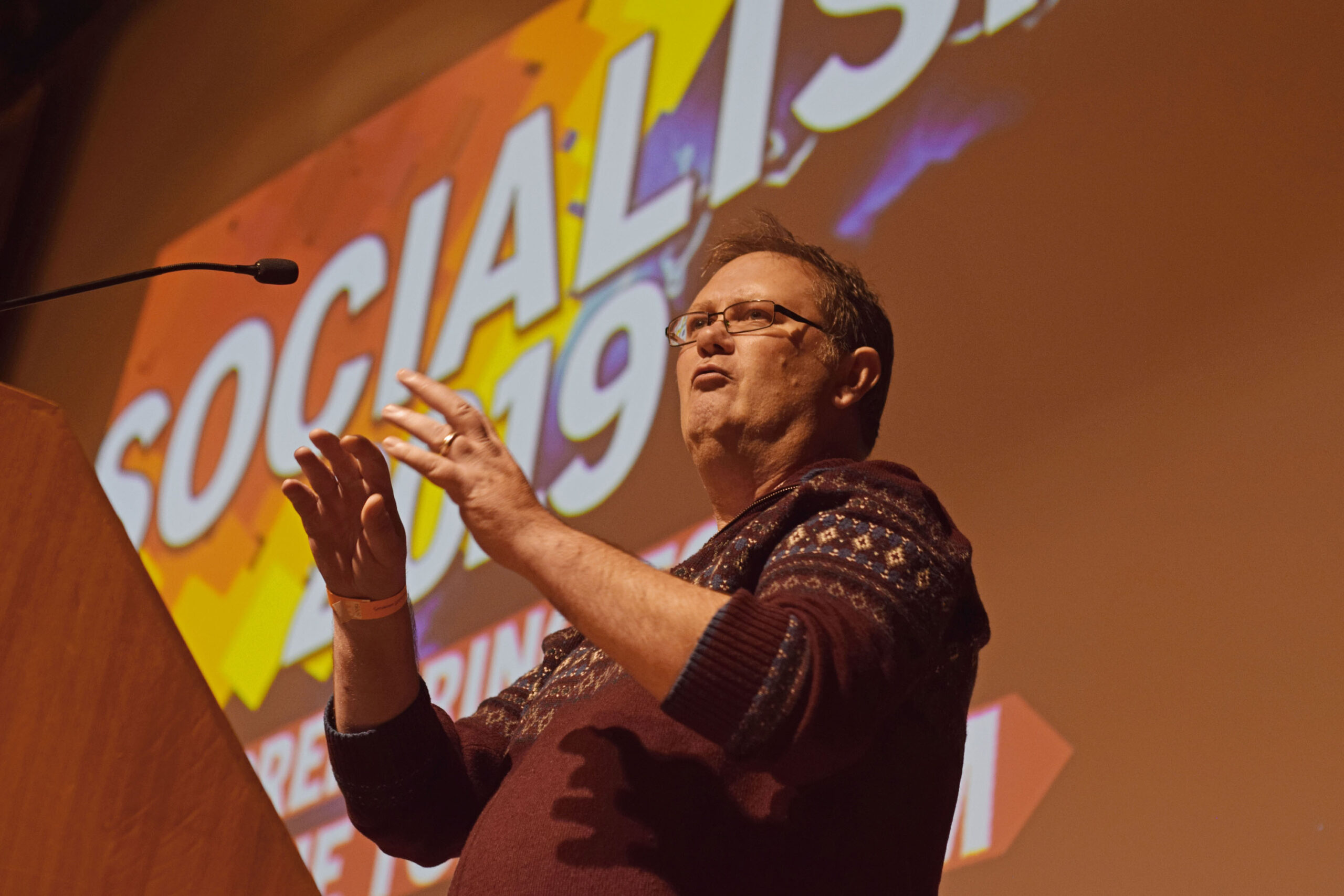 “I have never been prouder in my life with the election campaign. I have not been elected to the executive but put forward a clear socialist programme which has got an echo from thousands of CWU postal members all over the country. We put forward a strategy to advance the idea of a fighting programme and improve the conditions of postal workers. So I’m asking you all, if you agreed with what I have been putting forward, now is the time to get more involved in the CWU and support CWU Forward, the new left group in the union. And if you believe in my socialist message then take the next step and join me in the Socialist Party. Forward to socialism and solidarity to you all.”