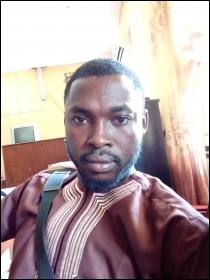 Tragically, a leading member of the Democratic Socialist Movement (DSM - CWI in Nigeria), Nurudeen Alowonle, aka Omomeewa, was murdered leaving Lagos State University (LASU) late in the evening on 18 August.

The DSM "commiserates with and sends condolences to his wife, his four-month-old baby and entire family, wishing them the fortitude to bear this very painful loss."

Comrade Majekodunmi - a member of the Senior Staff Association of Nigerian Universities, and staff adviser of the Education Rights Campaign (ERC), who was accompanying Omomeewa, also sustained gunshot injuries and is currently hospitalised.

Comrade Omomeewa had been attending Lagos State University (LASU) Students Disciplinary Panel for the umpteenth time in a contrived case of racketeering, first brought in October 2019. This was in retribution for his role in students' struggles on the campus and particularly his solidarity with the campus workers' unions.

It is not yet clear why Omomeewa was attacked. However, along with being a DSM member, he was a frontline student leader in LASU, a former presidential candidate in the Students Union elections, and coordinator of the ERC Lagos State Chapter. He therefore would have had political enemies.

Following the murder, DSM members organised a protest at the university. In a statement (see socialistworld.net) the DSM has demanded "the immediate arrest and prosecution of Omomeewa's killers. We also call for the setting up of a probe panel democratically constituted by elected representatives of the students union, staff unions, trade unions, socialists, and civil society organisations. This body should unravel the real motive behind the attack".

In an act of solidarity, trade union members at the university have rallied to cover Omomeewa's funeral costs. Even the management-supporting Students Union has been prompted into calling a vigil for him.

A statement from the ERC said: "While mourning comrade Omomeewa, the ERC demands an end to the tyranny and victimisation of student and worker activists in tertiary institutions in Nigeria."