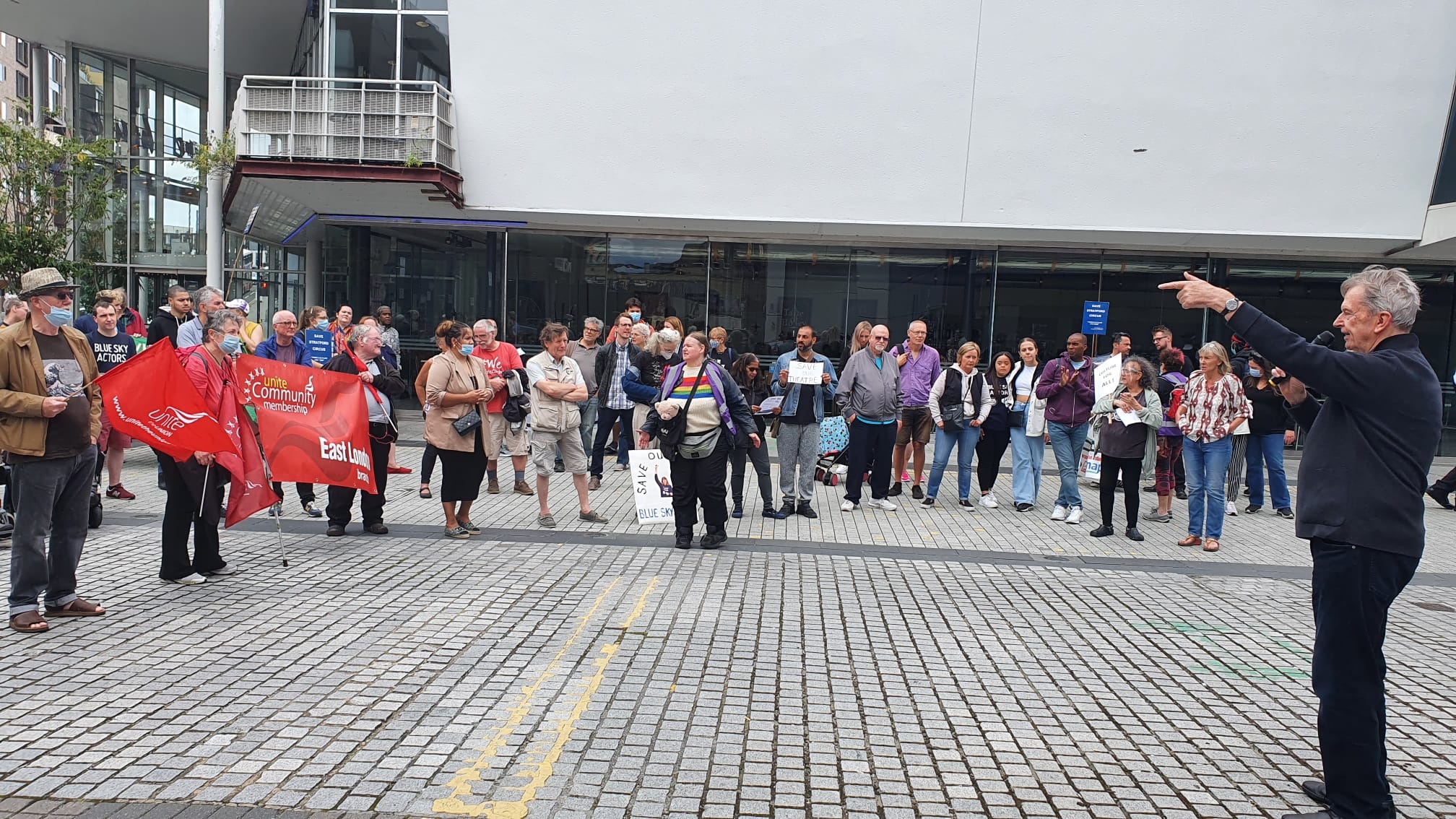 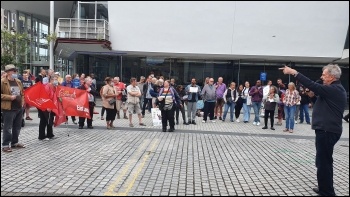 Equity’s protest to save theatre jobs at Stratford Circus arts centre was a big success. Around 50 joined a determined and positive rally on Saturday 28 August in Newham’s historic Theatre Square.

Passionate speakers explained the Circus’s value to the local working-class community – and the need to defend paid work as the arts climb out of the pandemic slump. Equity’s new general secretary Paul Fleming condemned the east London Labour council’s attacks.

Staff members, performers and parents of the professional learning-disabled theatre company Blue Sky Actors attended in big numbers. Several spoke too – their continued existence is in question due to eviction from the Circus.

This included Linda Jordan, also a long-standing Labour Party activist who opposes the Labour council’s cuts, gentrification and undemocratic regime. London Labour has suspended both Newham constituency Labour parties – in reality due to their left campaigning. Socialists in Newham Labour have defied this, meeting independently as ‘Newham Socialist Labour’.

Hannah Sell spoke for the Socialist Party, pointing out all these campaigns have a common enemy in Newham Labour austerity. East London Socialist Party proposes all the campaigns and unions meet this autumn to draw up a ‘people’s budget’ for the needs of all local workers and residents.

If Labour won’t fight for the resources needed, Newham trade unionists and campaigners should form an alliance to stand against them in May 2022. The local Greens who attended the protest would be welcome at those discussions if their candidates will commit to 100% no-cuts budgets.

It took the perceived threat of protests for the council to offer talks with Equity in the first place. Having then dismissed the union’s demands, this initial protest has pushed the council to reopen and then bring forward talks.

Even before then, the official tendering process that will ‘repurpose’ the arts centre was delayed. Mayor Rokhsana Fiaz has also withdrawn from Labour conference’s left fringe event ‘The World Transformed’. We believe this campaign is part of the pressure that caused both.

With local and national media coverage already, and plans to call a second, larger protest action, Newham Council should take note: the arts are no longer a soft target for austerity.