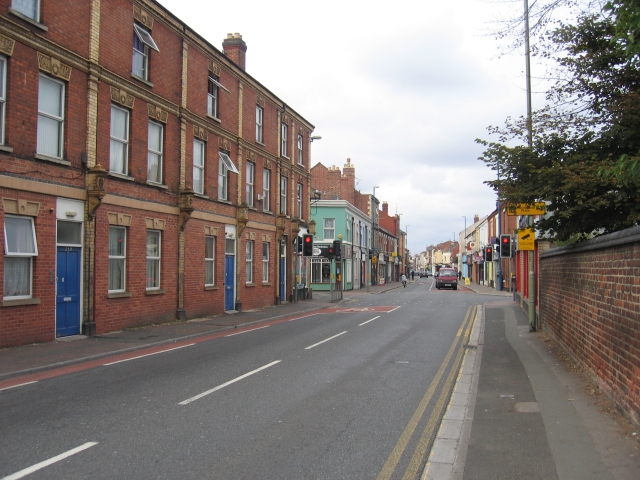 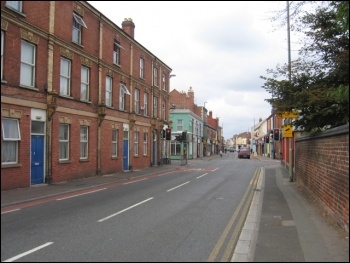 A man was stabbed in the back as he walked along Barton Street, the street I live on in Gloucester, recently. The sight of police cordons is not unusual here. As the Tory council pours money into (ineffectually) gentrifying the city centre, the consequences of austerity are increasingly pushed into poor areas like Barton and Tredworth.

Incidents like this will only increase as more cuts are made to drug rehabilitation, mental health, homeless shelters, benefits, jobs and social services. Capitalism is destroying our communities, with the poorest hit the hardest.

In Gloucester the public toilets have been closed and Barton Street has become a latrine. I’ve seen homeless people defecate on the pavement outside the pharmacy, and my front door is regularly used as a urinal. I’ve seen families arrive at night to go through the bins, their kids helping, looking for anything they might be able to use or sell. Prostitution is commonplace; women will offer you their bodies for a fiver, years of pain and desperation etched on their faces as they do so.

In November last year, Barton had the highest Covid infection rate of any area in the South West. This was not only because of the overcrowded, low-quality housing and underlying health problems associated with poverty, but because many residents here work low-paid jobs which put them at risk of infection: factory work, retail, transport, etc. In other words, they are key workers – people who kept the country running throughout the pandemic while the super-rich sat in their mansions getting richer, and their lackeys in parliament cut them dirty deals.

It was working-class people from this area who came in their hundreds to the Black Lives Matter protests last summer and the protest against Israeli state terror this year. Over 40% of residents in Barton and Tredworth are Black and Asian, with a further 10% white non-British. There was a cathartic element to those events, especially the Black Lives Matter protests, where people finally had a chance to speak publicly of the crimes committed against them and the conditions inflicted on them.

There is a rage growing in the working class. We’re sick of being ignored, sick of being cheated and lied to by the Tories, by Labour, by all of them. The capitalist system is failing, and we’re expected to pay its debts. We’ve already paid enough. It’s time for us to build a party of our own, a workers’ party with workers’ MPs on a workers’ wage, who do what they say they’ll do.

We need a party of and for the working class, demanding nationalisation of the banks and big companies, including the parasitic pharmaceutical companies, so that we can have a real, socialist NHS, decent housing, fully funded services; so that we can take society into our own hands and run it democratically in our own interests; and so that the people, not just of Barton and Tredworth but all oppressed and exploited communities, can be liberated and allowed to fulfil the potential which capitalism would crush without a thought in the interests of profit.