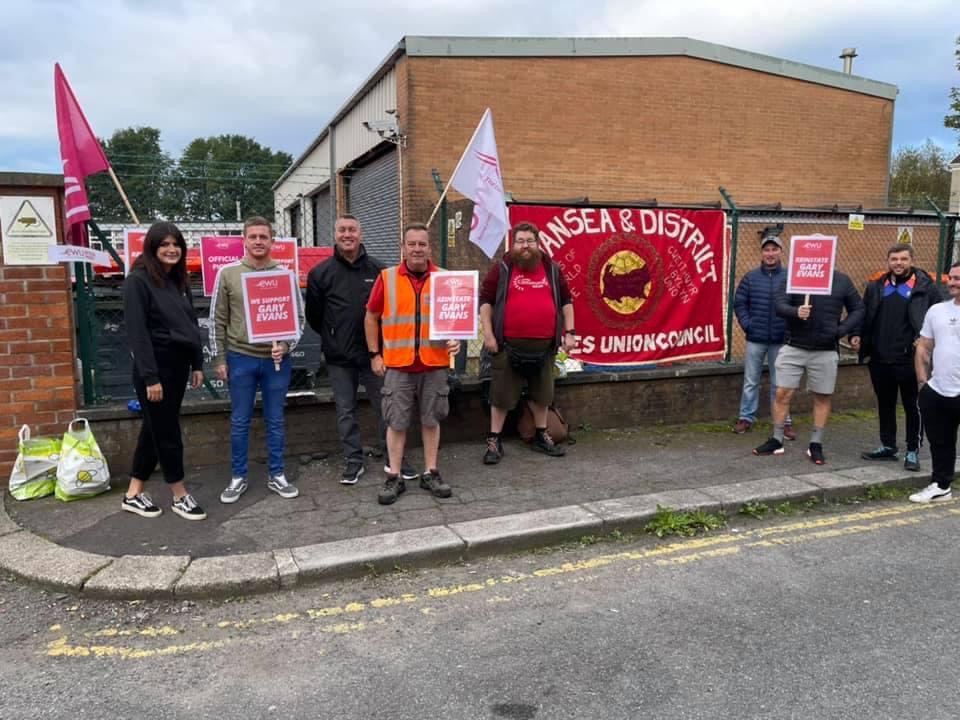 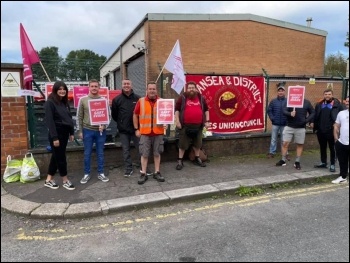 Postal deliveries in Llanelli ground to a halt on 13 October when workers at Llanelli Delivery Office walked out to force Royal Mail to reinstate Gary Evans, who has been wrongfully dismissed.

Postal workers in the Communication Workers Union (CWU) at Llanelli Delivery Office had voted 98.6% for strike action in defence of Gary.

The picket line was visited throughout the morning by members of Carmarthenshire Unison, the Socialist Party, and Swansea Trades Council, all of whom received a warm welcome, and heard how the posties where determined to stand up for their fellow worker, the latest case of victimisation by Royal Mail management.

Ongoing proceedings meant the branch members couldn’t divulge the details of the charges against Gary but pointed to the high vote, and sheer number of supportive members on pickets at both entrances to the delivery office, as an indication of their support and solidarity in this case.

CWU general secretary Dave Ward called in via video later in the morning, and the message that the full weight of the union was behind Gary and the branch was well received.

The branch has announced a further 24 hours of strike action for 28 October, starting at 4am.