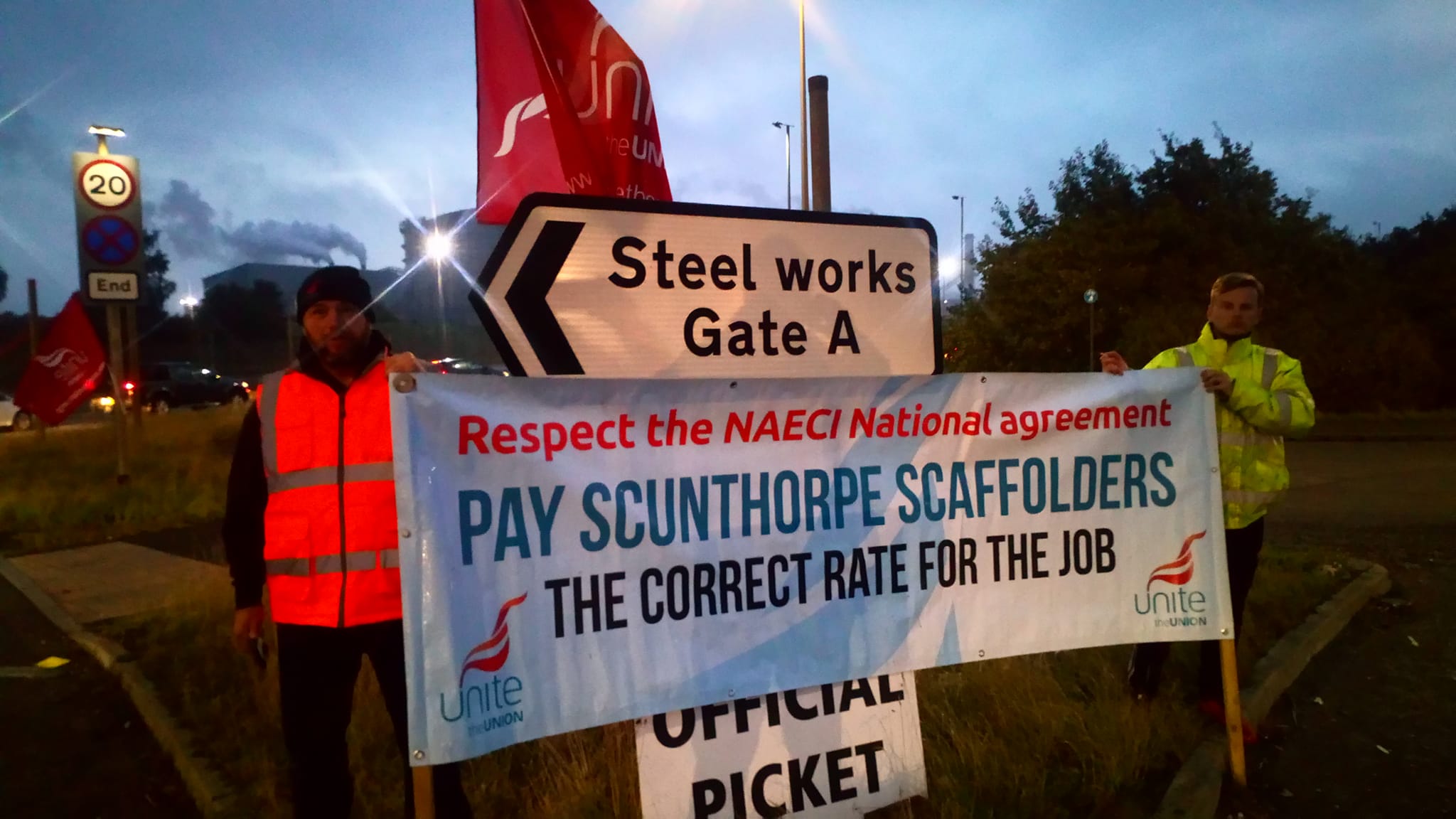 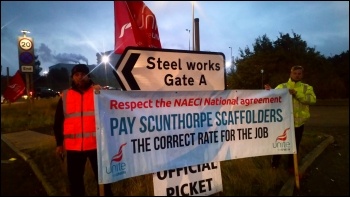 Gary Evans, a Communication Workers Union (CWU) member at Llanelli Delivery Office who was wrongfully dismissed, has been reinstated following a 24-hour strike on 13 October that halted postal deliveries after a solid 98.6% vote for action.

Socialist Party members joined the workers on the picket line and congratulated Gary and the CWU branch on their victory.

“We’re on the gate till you pay the rate”, is the chant on the picket line outside British Steel Scunthorpe. Now in their fourth week of all-out strike action, around 60 scaffolders employed on the maintenance contract by Actavo, remain solid in their fight for the national industry (NAECI) rate which would be a 10-15% pay rise.

While there have been talks, so far Actavo have made no new offer, so the strikers have increased the pickets and are exploring other ways of stepping up the pressure.

The Unite branch inside the plant has donated £1,000 to the strike fund but needs to organise more active solidarity.