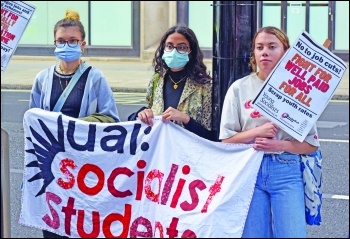 The Conservatives decreed that, as of June 2021, funding to arts and creative degrees - referred to as 'dead-end courses' by Education Secretary Gavin Williamson - would be cut by 50%. A move that not only affects students but university staff, field professionals, and the creative industry as a whole.

In addition to a withdrawal of funds, the Tories are also considering raising A-level entry requirements into arts courses, a decision more likely to affect students from poorer backgrounds, as well as students that struggle with the dogmatic standardised exam methods that mark the end of secondary education.

Finally, the Tories have also decided that the London weighting should be cut, leaving a number of arts universities in London with a loss of £64 million in an expensive and gentrified city.

These diverted finances will be funnelled into what the Tories consider to be more 'useful' subjects - STEM and medicine - where graduates generally earn higher wages and therefore guarantee a return on student loans.

Rather than combat this issue of student debt by raising wages in the arts industry or scrapping tuition fees altogether, the Conservative ethos continues to be punching downward - considering lowering the loan repayment threshold to £23,000 a year, for example.

Students, staff and creatives alike shouldn't have to put up with this. That's why we campaign for free accessible higher education, and it's why we will support university staff in the University and Colleges Union if they decide to strike, and university cleaners when their strike resumes on 12 November, as we did at the start of term.

A mobilised generation is a dangerous generation for those in established power, so we will continue to fight for a free and decent education for all.