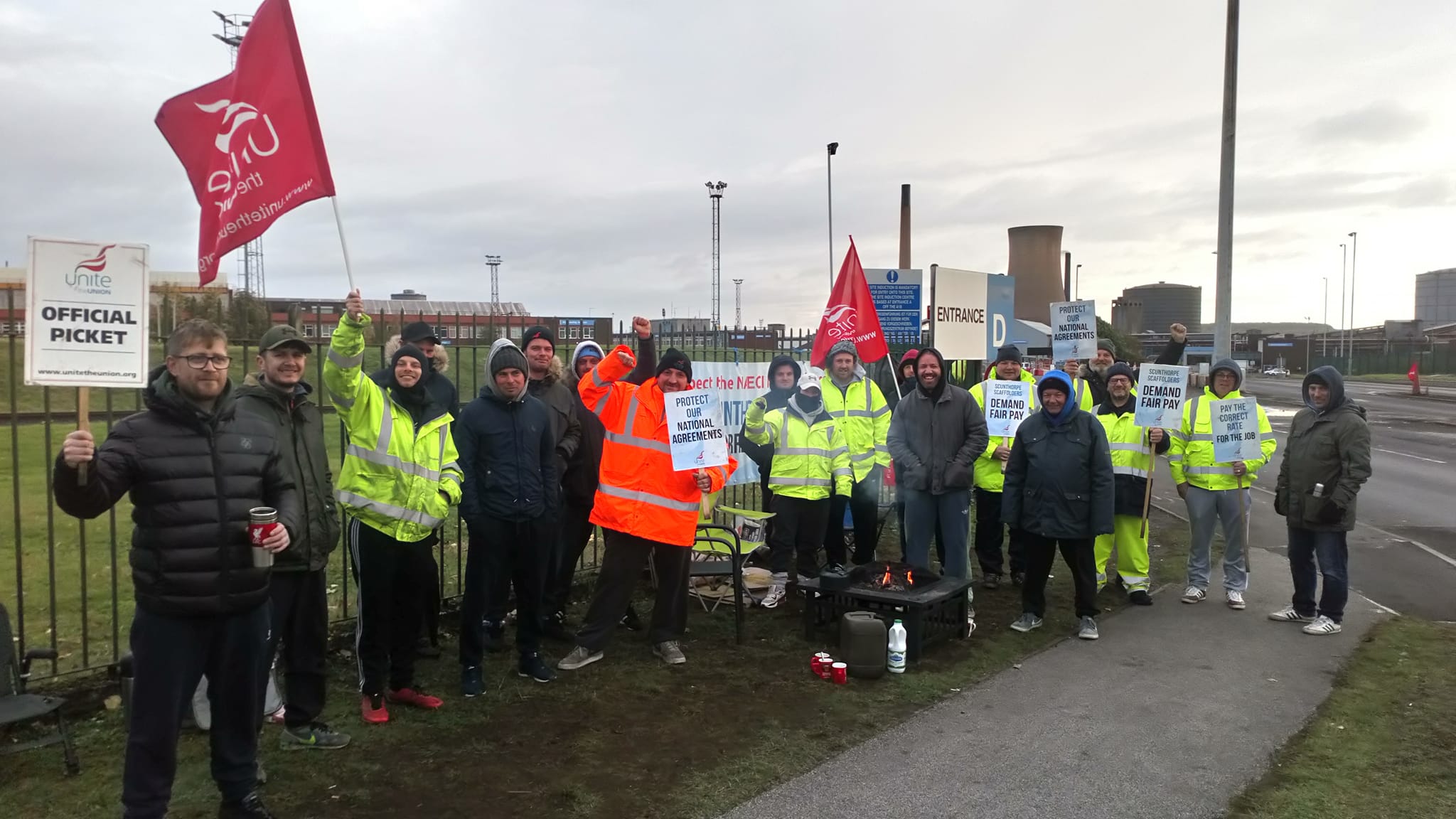 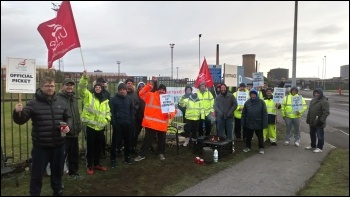 All the strikers picket the three main gates every day from 5.30am till 2.30pm. British Steel bosses are trying to intimidate the Unite members by ‘investigating’ their social media!

A strike committee has been set up to involve more strikers in the running of the dispute, and are considering ways to up the ante on Actavo and British Steel bosses. A family and friends Saturday town centre march has been suggested, and also a ‘solidarity with the Scaffs day’ to appeal to the 900 Unite members on site to join the strikers on the picket line.