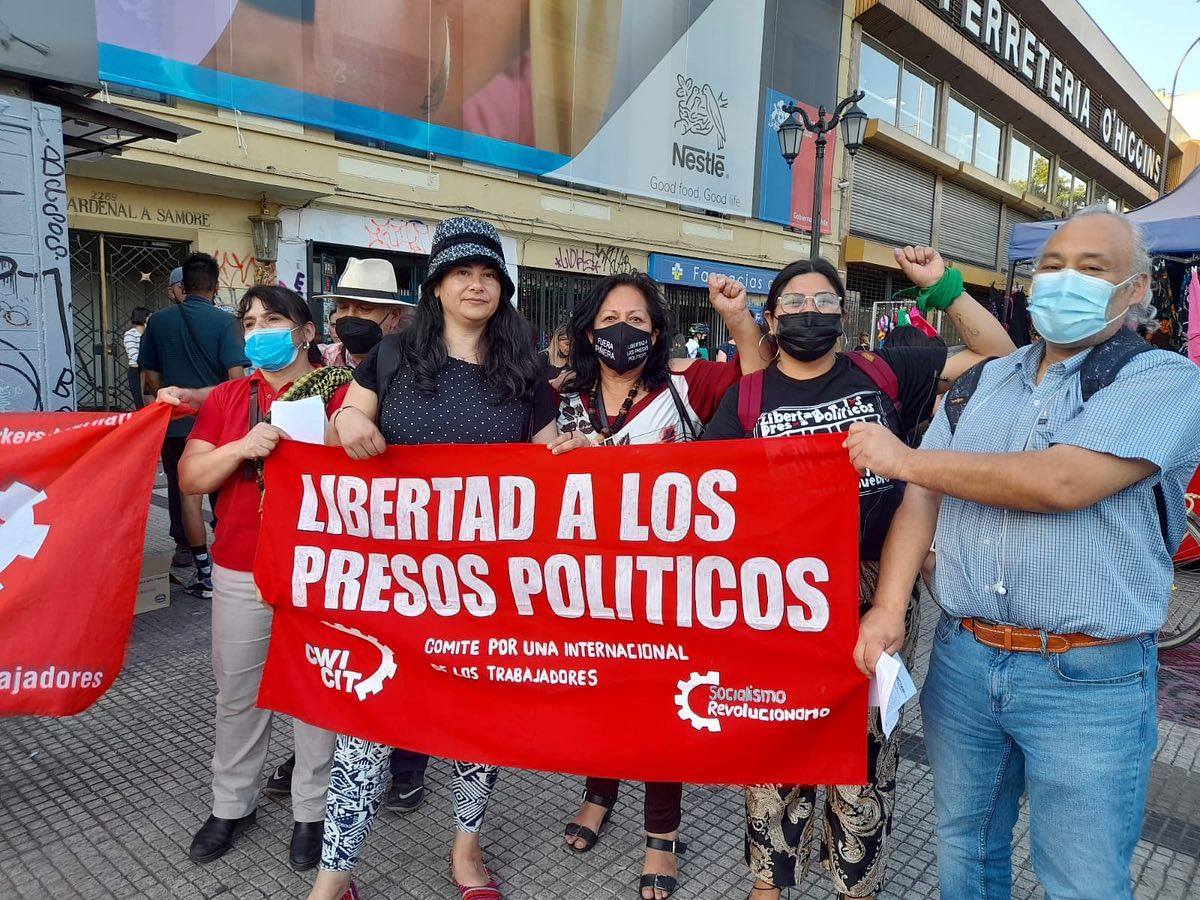 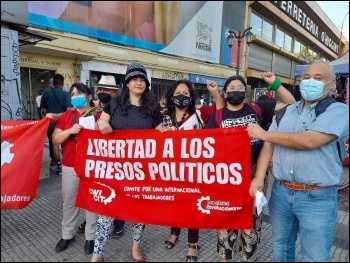 CWI Chile members in Santiago on the second anniversary of the uprising   (Click to enlarge: opens in new window)

On 27 October, a hunger strike began of the mothers of political prisoners who were imprisoned as a result of the popular revolt which began on 18 October 2019.

Millions took to the streets to say enough of Pinochet’s [the army general who seized power in 1973 in a bloody coup against the left president Salvador Allende] constitution and enough of governments which support the huge social inequalities and exploitation by employers.

In the two years since, the families of the prisoners have waged a constant battle for their release. The prisoners’ ‘crime’ was to fight against the abuses of a system which enriches a few and maintains the majority of the population in precarious conditions.

The extreme measure of the hunger strike is to bring to the attention of society what is happening, and to bring the issue before the authorities, above all, the parliament and government.

The strikers are demanding approval of a law which will pardon all of those imprisoned for participating in the 2019 revolt.

The Senate was supposed to vote on this proposal on 2 November, but is has been postponed without a new date. This shows, yet again, the total disconnect of the ruling institutions from the people, and the total insensitivity they have towards us as we demand justice and liberty for all those arrested and imprisoned.

The postponing shows we must apply more pressure and protests – nationally and internationally – in solidarity with the mothers of the prisoners who are on hunger strike.

We can only have confidence in ourselves and in the strength of international solidarity to win the changes we are demanding in the country.

Socialismo Revolucionario, together with the Committee for a Workers’ International, appeals for letters of protest to be sent to senators demanding the approval of a law pardoning all those arrested in conjunction with the protests.

We also appeal for letters and videos of solidarity to be sent to the mothers of the youth and children imprisoned who are currently on hunger strike.

Long live those that struggle!

A law to pardon all those imprisoned for this struggle and immediate freedom for the political prisoners!