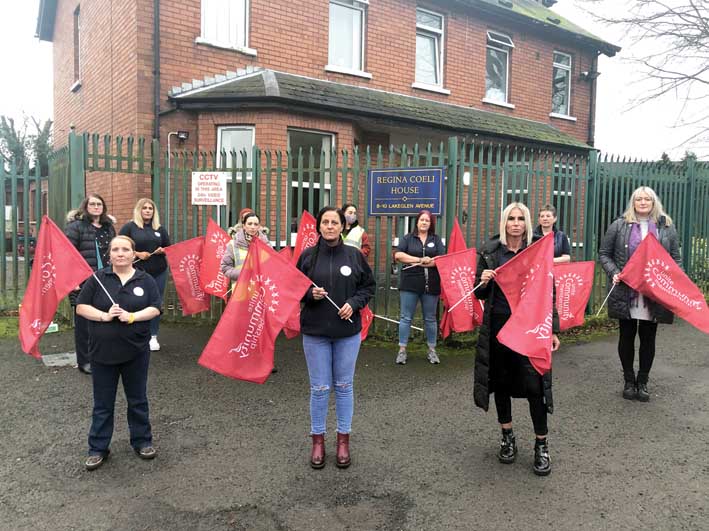 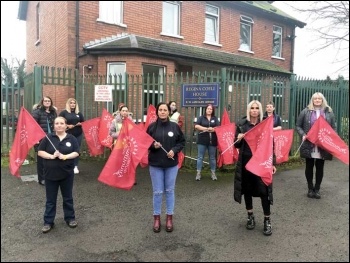 The sole women-only hostel in Northern Ireland for homeless women, those with addictions, mental health issues or suffering domestic violence, is facing closure on 27 February.

Disgracefully, seven workers, members of the Unite union, who were sitting in to keep the building open, have received suspension letters for alleged “serious breaches of the safety and security” of residents. Meanwhile, vulnerable female residents were told to get into taxis to go to mixed accommodation, uncertain of whether it met their needs. Thankfully, workers continued their occupation action.

That this is happening when up and down this land people are protesting the murder of Offaly teacher Ashling Murphy seems to have passed the management committee by!

This is a disgrace. And, yet again, where is Stormont (seat of the Northern Ireland parliament)?

The 21-bed facility owned by the Legion of Mary, and run by a trust, should be taken over by the Housing Executive (which funds the hostel) and used as part of a programme of investment to meet housing and social needs.