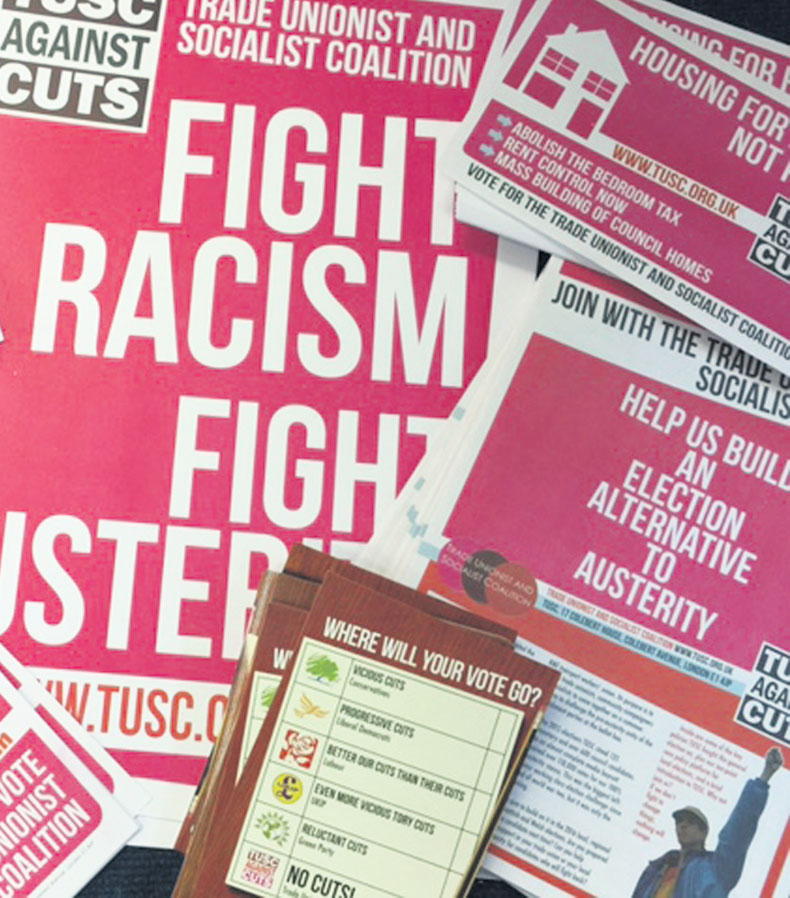 Vote TUSC in Southmead on 17 February

At a Bristol council cabinet meeting, a GMB union representative for Avon and Wessex declared: “Low-paid citizens face a triple whammy of a 3% rise in council tax, 4% rise in rent, and probably 20 to 30% rise in their service charges.”

The union representative for Bristol Unison said: “This is a real kick in the teeth for council employees and their employment law rights.” There is an attack on the trade union facility-time budget from £195,000 to £50,000, and £5.5 million cuts to the workforce.

The privatisation of a short-term residential unit for vulnerable adults, higher parking and allotment charges, and making ‘Meals on Wheels’ pay for itself – all need to be opposed.

Sharon Graham, Unite union general secretary, has said: “Local authorities can agree balanced, legal budgets that do not make cuts. It is perfectly possible for them to use their reserves and borrowing powers to plug gaps, while at the same time campaigning for adequate central government funding to safeguard council services.”

The campaign has now started for Socialist Party member Tom Baldwin, standing as part of the Trade Unionist and Socialist Coalition (TUSC), in the Southmead by-election on 17 February.

“Cuts that their Tory government have been making since 2010. Cuts that have decimated youth services and now children’s services that are rated ‘inadequate’, yet they’ll waste money on vanity projects.

“But when Labour was in charge of the council, it just carried out the Tory government’s dirty work by passing on the cuts in local jobs and services.”