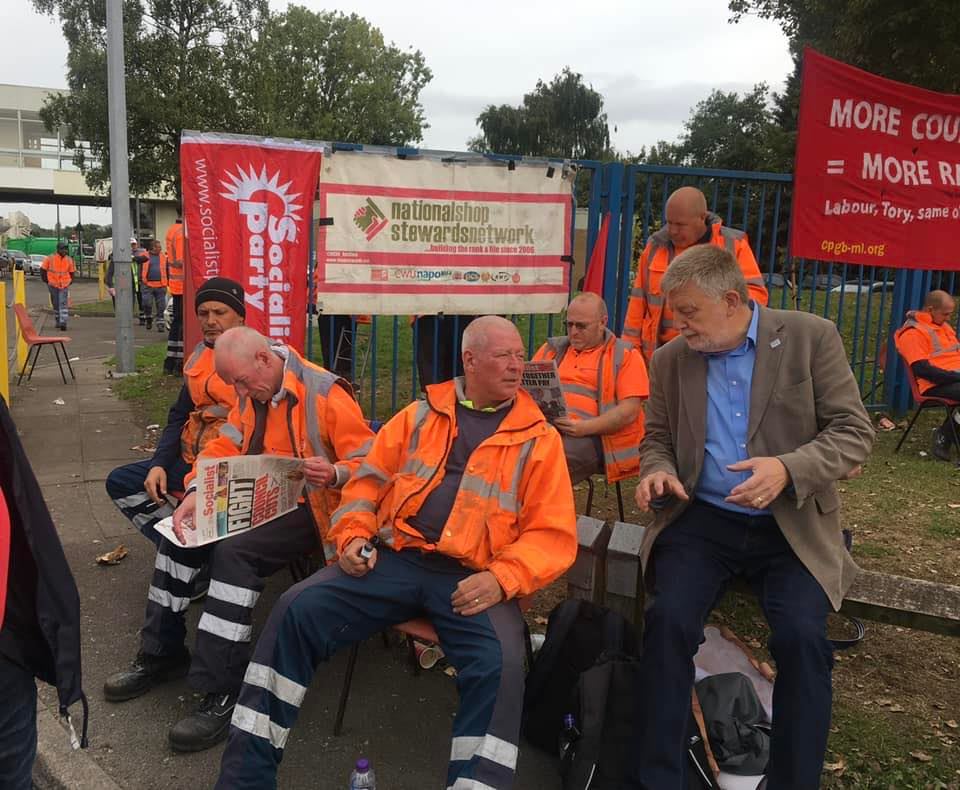 Home Analysis and editorials No one in Westminster backs a pay rise for us… it’s time...
Facebook
Twitter
WhatsApp
Email
Print 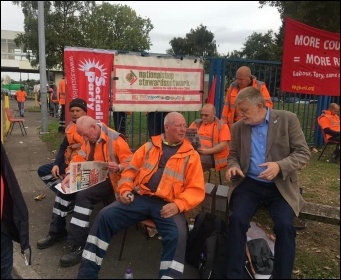 £13,000! That’s the difference between where our wages will be by the mid-2020s, and where they should be if wages had risen at pre-2008 financial crisis rates. It’s definitely time for a pay rise!

On top of that you’ve got national insurance and food price hikes, soaring gas and electric bills, and rising rents hammering our living standards. Surely a wage rise is a no-brainer.

Not if you’re the Governor of the Bank of England. Andrew Bailey told the BBC: “We do need to see restraint in pay bargaining, otherwise inflation will get out of control.”

Nothing short of a massive wealth-transfusion process has taken place via wage cuts – but also cuts to jobs, public services, privatisation, and rising charges and fees. It goes well beyond the austerity decade.

From 1980 to 2020 there has been an annual transfer of wealth from workers to the big business bosses, now worth £250 billion. So any wage rises workers win are not only necessary, but long overdue.

But there is no party in Westminster defending workers. Labour was founded by workers, but David Lammy, a member of Keir Starmer’s front bench, appearing on the BBC, couldn’t even say that workers deserve a pay rise.

Across the country, Labour councils are attacking workers’ pay and conditions. In Birmingham, it was a Labour council who threatened homecare workers with pay cuts of up to £11,000. Today, Coventry Labour council is employing private HGV drivers on up to twice the current drivers’ rates to try and break their strike.

When it comes to elections, workers who are fighting for a pay rise have no one to vote for who even agrees we need a pay rise – let alone being prepared to fight for it. That makes no sense. It means workers are fighting to defend living standards with one hand tied behind their back.

Fighting for a new mass workers’ party is therefore part of the fight to defend our living standards. And that starts with showing what’s possible and necessary by mounting a challenge in the local elections on 5 May – but also when opportunities arise.

A former Labour MP for Coventry South East for nine years, Socialist Party member Dave Nellist is standing as a Trade Unionist and Socialist Coalition (TUSC) candidate in the Erdington by-election on 3 March.

Dave, a trade union member for 48 years, has a record of fighting for pay. As an MP, he was a fighter for collective working-class action and organisation.

He was one of the first MPs to introduce a Private Members Bill for a national minimum wage. Today Dave, as a member of the Socialist Party, fights for a £15-an-hour minimum wage.

Trust in politicians is at the lowest level on record. Not surprising. Almost two-in-three people now see politicians as ‘merely out for themselves’.

When Dave was an MP, he only took a worker’s wage, calculated from trade union figures across ten Coventry factories, rather than the inflated salary designed to separate MPs from those they are supposed to represent.

As a fighter for the working class in Westminster – where he was a socialist MP for nine years from his election in 1983 – Dave was a parliamentary spokesperson of the All-Britain Anti-Poll Tax Federation.

He was expelled from Labour in 1992 for promising to follow fellow Militant MP – Militant was the Socialist Party’s predecessor – Terry Fields to jail by refusing to pay the Poll Tax. Militant led the 18-million-strong mass movement that defeated the tax and also brought down Thatcher – with rich lessons for fighting the Tories today.

But Dave didn’t stop using elected positions to give a voice to working-class people. He was a socialist Coventry City councillor for 14 years. While Labour started privatising and cutting services, Dave refused to vote for cuts and supported workers struggling to defend their jobs and services, which he has also done out of office.

Until his retirement in 2017, Dave worked for 20 years for Citizens Advice in Coventry, defending workers in the courts and tribunals.

Contrast this approach with that of Keir Starmer’s Blairite Labour – opposed to taxing the rich and to public ownership, even of the big energy companies as prices go through the roof.

Labour’s Erdington candidate, Paulette Hamilton, was a council cabinet member during the Birmingham bin and care worker strikes. Dave was giving support and solidarity on the picket lines, along with Socialist Party members, while Paulette was in the council passing cuts of up to Â£11,000 a year for homecare workers.

Over the last ten years, Birmingham Council has lost the equivalent of £1.8 billion in spending power. Dave will fight to build a mass movement to win back the money the Tories have stolen off the city – as socialists did when Militant led Liverpool city council, 1983-1987.

As a Socialist Party member, Dave is part of an organisation that does not accept the limits of the framework of existing capitalism – that workers must content ourselves with crumbs from the bosses’ table at best.

Given the yawning inequality that exists, taxing the rich is increasingly popular. But in order to be able to start to really transform things, we need to nationalise the biggest 150 banks and corporations that dominate the economy. This would give workers the levers for the first steps towards a socialist planned economy, democratically run to meet the needs of all.

The pandemic revealed the potential power of workers many times, but significantly by the teachers who mobilised their collective strength and stopped Boris Johnson’s unsafe rushed return to schools. What could the six and a half million members of the trade unions do if we acted together? Combine that with those not yet in a union, linked up with young people, and communities!

Key to bringing that potential power to bear on the situation is the mass organisation of workers, including building a workers’ political voice. It also means strengthening the trade unions, the main workers’ organisations in the workplaces, where workers confront the bosses in the struggles over safety, pay, and conditions.

But it also means building a party like the Socialist Party, which stands firm for socialism come what may – standing up against the bosses, the Tories, and the Blairites, and charting a way forward to build the maximum unity of the working class in struggle for socialist change.

This isn’t only a question of struggle within Britain. Dave also has a record of international solidarity with workers fighting injustice – from the oppressed Tamil minority in Sri Lanka, to those fighting apartheid in South Africa, and much more.

Capitalism is an international system. That is why the Socialist Party is part of a worldwide struggle for socialism. We are affiliated to the Committee for a Workers’ International (CWI), linking up with socialist fighters across the world, learning from each other, and fighting for Marxist ideas.

1. Join us on the streets in Erdington

Join our team doing leafleting, door-knocking and campaign stalls every day up to and including 3 March. The Labour Party is having to compel members to do this – given the pathetic offering they can put to workers. Can you help offer a socialist alternative to voters? Sign up here: nellistforerdington.com/join.

2. Donate to help fund the campaign

Big business funds the establishment parties, but unsurprisingly, not the attempts to build a workers’ voice to fight them! Therefore this campaign relies on support from the working class and trade unions. If you are able, please donate to the campaign here: nellistforerdington.com/donate. You can also sign the trade union support petition here: nellistforerdington.com/tu.

3. Stand as a no-cuts candidate on 5 May

We can spread the idea of building a new mass workers’ party by using the platform of elections to offer an alternative – but that requires candidates to stand. Imagine a council made up of people like Dave, with a record of standing up to the bosses, and of campaigning for their community! Local community groups, trade unionists and anti-cuts candidates can put up candidates who speak for workers – and you could be one of them! The only provision is that candidates are expected to endorse the TUSC core policy platforms – the basis of which is simple: vote against cuts and stand on the side of working-class people fighting back – and build the biggest fightback we can! See tusc.org.uk.

Trade unionists should discuss standing as no-cuts candidates. To help this process, there is a model motion that you can move in your branch or union on how the branch can “encourage our members to consider standing as anti-cuts candidates in the council elections scheduled for May 2022, noting that there is nothing that prevents them standing as candidates, in a personal capacity, for any party which truly supports trade unionist and socialist principles.” Contact [email protected]