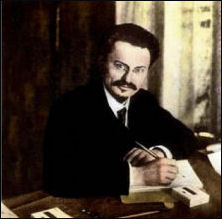 SIXTY YEARS ago, on 20 August 1940, Ramon Mercader, an agent of Stalin’s secret police (the GPU) struck a crushing blow with an ice-pick into Leon Trotsky’s skull, ending the life of Stalin’s most feared critic, the foremost Marxist theoretician and outstanding revolutionary.

Socialists can best commemorate Trotsky’s life and ideas by reading or re-visiting some of his most important theoretical writings. Opponents of Trotskyism claim his ideas and methods are outdated but Trotsky’s treasure chest of Marxist analysis gives 21st-century socialists the most modern of explanations against this barrage of criticism.

Today Trotsky’s writings inspire the new generation of working-class fighters and give a essential grounding in Marxist theory and practice.

But Marxism aims to reinforce the energies of the activists with a solid foundation of theory and method. We need to be able to successfully confront our class enemies, overthrow capitalism and introduce a more just society – a socialist society. 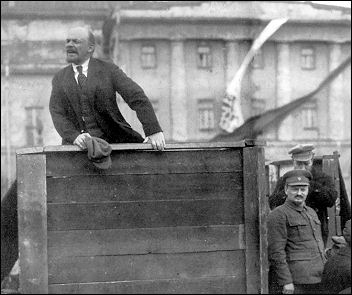 Trotsky’s epic History of the Russian Revolution is a masterpiece of theory in practice. His writing style is enjoyable and the book makes you feel as if you’re participating in a successful socialist revolution.

Today some ex-Trotskyists, affected by the collapse of Stalinism and the capitalist offensive, argue that looser, broader formations are a more modern replacement to such a revolutionary party. On this issue, Trotsky’s ideas are indispensable today.

Marxists have always participated in wider organisations of the working class, both to advance the workers’ interests and to put forward a Marxist programme to win over the best fighters to the revolutionary party. However Trotsky shows throughout the History of the Russian Revolution, without a revolutionary party based on democratic centralism the Russian revolution could not have succeeded.

OF ALL Trotsky’s writings, perhaps the most important today are the Permanent Revolution and his analysis of the rise of the bureaucracy and the victory of the Stalinist counter-revolution.

Many movements fighting against imperialism in Latin America, Africa and Asia have lost the ‘model’ of Moscow since the collapse of Stalinism – the model of a deformed workers’ state. However, the working class and peasantry cannot stop their daily fight for survival just because the Moscow model is no longer available.

Big movements in the neo-colonial world are inevitable. Trotsky’s theory of the permanent revolution is vital for parties leading these struggles today.

At the beginning of the 20th century Trotsky was analysing the prospects for socialist revolution in Russia. He recognised that unlike what happened earlier in Britain and France, Russia’s emerging capitalist class was too weak to carry through its own ‘bourgeois democratic revolution’ (the elimination of feudalism, the unification of the country and the solving of the national question).

The weak Russian capitalist class also had a stake in the land while the landlords also invested in industry. Any serious attempt at out-and-out land reform, challenging the landlords’ power would be opposed not just by the landlords but also by the capitalists and their political representatives.

Under these circumstances, Trotsky argued, the small Russian working class with the support of the peasantry would be forced to carry through weak capitalism’s own bourgeois democratic revolution.

But having achieved this objective the working class would not then stop and hand power back to the capitalists. With the revolutionary party’s leadership, they would proceed to the socialist tasks which would also ignite revolutionary movements internationally. The 1917 Russian Revolution proved in practice Trotsky’s theory of the Permanent Revolution.

Unfortunately, ex-Trotskyist parties such as the Democratic Socialist Party (DSP) in Australia, who have the ear of some important working-class leaders in Indonesia and south-east Asia, have abandoned Trotsky’s Permanent Revolution, adopting instead a ‘two stage theory’ of revolution.

The DSP argue that the main task for the struggling masses in the neo-colonial countries is the bourgeois democratic revolution, which can be achieved by working with other forces, ie capitalist opposition parties! In the classical, false ‘stages theory’ they relegate the socialist tasks to a later date.

Even more than in 1917, ‘bourgeois democratic’ tasks are today tied hand and foot with the tasks of the socialist revolution. Trotsky’s ideas are still relevant.

In a university seminar room, if you make a mistake you can rub the blackboard clean and start again. A wrong theory put into practice in the neo-colonial world can cost the lives of thousands of genuine class fighters! Those are the ‘practical’ stakes of dropping the Permanent Revolution.

SOCIALISTS NEED to put forward a revolutionary programme as well as a vision of a future socialist society. When an inquisitive and critical new generation asks us why ‘socialism’/’communism’ didn’t work in the ex-Soviet Union, generalisations are inadequate.

Without Trotsky’s analysis of the Stalinist counter-revolution, Marxists would still have been searching for answers to such questions.

Trotsky’s brilliant book The Revolution Betrayed written in 1936, shows the tremendous advances made in the USSR because of the eradication of capitalism and the introduction of a workers’ state.

Trotsky called for a new revolution in the USSR, a political revolution to overthrow the bureaucracy and introduce genuine workers’ control and democracy. His analysis allowed future generations to understand regimes in Eastern Europe, China, Cuba etc. as ‘deformed workers’ states’. These regimes had eliminated capitalism and landlordism but had not got the ‘oxygen’ of workers’ democracy vitally needed for a ‘healthy workers’ state’.

Within the past decade, tumultuous events have dramatically redrawn the political map of the world. Those who have dropped the compass of Marxism drift, using outdated and faulty methods. The Socialist Party and Committee for a Workers’ International (CWI) are proud to continue and develop Trotsky’s legacy.

While Marxists do not hero-worship individuals, Leon Trotsky nevertheless was the most courageous of revolutionaries: a revolutionary theoretician, a practitioner of revolution and to his death a defender of the socialist revolution. That’s why many of us today – and it will be the same for the new generation of Marxists – consider Leon Trotsky as a hero of the working class. We’re proud when our enemies denounce us as Trotskyists!