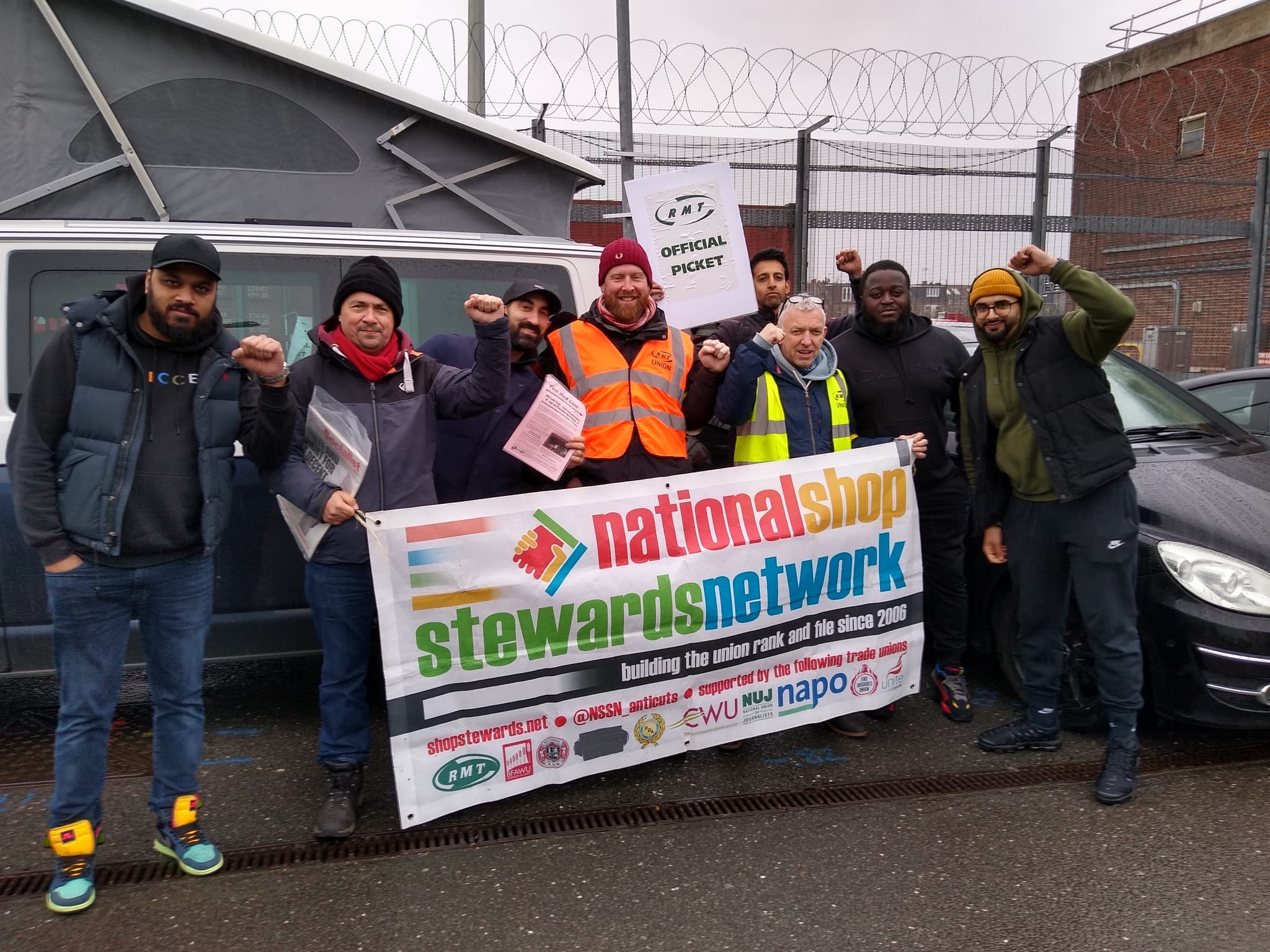 Socialist Party members in the RMT

The tube strike in London got off to a solid start on 1 March as workers in the RMT union on the Underground in all grades walked out against job and pension cuts. Every tube line was suspended or closed and there was gridlock on the streets.

Osip on the Brixton picket line said: “We worked throughout the pandemic getting frontline workers safely to and from work, but now they’re coming for us. Khan is no longer a ‘Labour’ mayor with his attacks on tube workers. Six hundred jobs to go for starters, which means safe travelling done for in central London.”

Socialist Party members joined the strikers right across the city.

London City Hall and the government in Westminster want to take away pensions, work-life balance, and thousands of jobs, as they impose over £508 million of cuts to London Underground as part of £2 billion of cuts across Transport for London (TfL).

Strikes on 1 and 3 March must be followed up with a programme of strike action that makes clear to the politicians that there will be no acceptance of these cuts, and be the start of a fight to secure funding for public transport in London.

This is a fight that must be won to defend public transport services in London and to maintain jobs, conditions and pensions for transport workers.

Trade unionists and passengers across London should support the fight of RMT members against cuts. Further steep fare increases will also result from the mayor and government’s funding arrangements, adding further to some of the most expensive fares in the world for urban transport.

This is a fight that can be won. London Underground is an essential part of getting London back to some kind of normality following the pandemic. Neither the Mayor nor the government are popular, and neither will want to take responsibility for these strikes.

A determined strike, followed up with the threat of further action can secure a new funding arrangement and defend the jobs, conditions and pensions of tube workers.