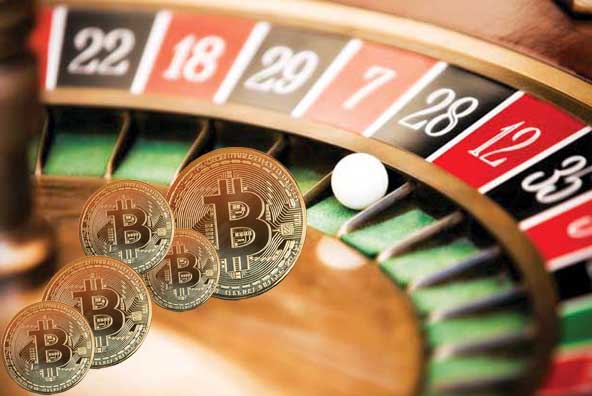 Cryptocurrencies have been hailed as innovative and ground-breaking assets that can have a transformative effect on the world economy. In the second article in our series ‘busting economic myths’, Socialist Party national committee member Robin Clapp looks at the reality behind the hype

On the eve of the great financial crash, writing in the May 2007 issue of Socialism Today, Lynn Walsh commented that the world economy increasingly resembled a gigantic ‘Ponzi scheme’,* where “corporate executives and super-rich speculators are far more interested in gambling with existing financial assets and paper securities, than in real capital investment to develop new productive forces… The bubble phenomenon, however, can only postpone crises, not eliminate them. …The idea that speculative investment is now virtually risk free, that the capitalist business cycle is dead, are the delusions of people intoxicated by the fizzy profits of the recent period.”

Since 2009 many new forms of speculation have emerged like exotic weeds, among the most significant and controversial being cryptoassets like Bitcoin and Ethereum. There are now over 10,000 crypto-currencies in circulation with a combined market capitalisation of $1.6 trillion, approximately equivalent to the nominal GDP (ie total economic output) of Canada.

Although most have little market influence other than among dedicated small investors, Bitcoin, especially, has begun to become a potentially more disruptive player in the wider established financial sector.

Digital currencies don’t perform all the functions that revolutionary socialist Karl Marx, in his seminal work on the capitalist economy, ‘Capital’, attributed to money. They are neither a universal equivalent, nor a reliable and stable store of value.

However, with investors struggling to find lucrative fields for profitable investment, given historically low interest rates since 2008, Bitcoin’s attraction is that it seemingly promises instant gains whilst providing a hedge against inflation.

The first surge in its price, to around $1,000 in 2013, created overnight cryptocurrency millionaires and since then investors have been on a wild ride. Its price surged to about $19,000 in December 2017, only to fall by more than 80% over the next year.

Cryptocurrencies have been promoted as digital currencies that would allow people to bypass distrusted banks and traditional payment methods.

The ‘coins’ do not exist in a tangible form but are ‘mined’, ie created by computers, and stored in a digital wallet or on the digital cloud platform, ie on the internet rather than in individual computers.

They are then exchanged and used for transactions. Only 21 million Bitcoins can ever be supplied according to its designers and currently there are 18 million in circulation. Over 50% of the total supply was generated by 2014 and 93.75% will be mined before 2024.

Cryptocurrencies are dependent on ‘blockchain technology’, which is a foundational digital technology that its proponents argue will rival the internet in its possibilities for transformation.

In the hands of a workers’ state the blockchain could indeed have immense uses in developing a plan of production, but as presently used, its purpose is limited to largely lubricating speculation.

Blocks are segregated and huge bundles of data permanently communicate with each other so that each block knows what the content is in the rest of the chain. However, only the owner of a particular block has the digital key to access it. All entries onto the block must be confirmed and encrypted.

The network, secured by individual ‘miners’, uses high-powered computers to verify transactions, with Bitcoins offered as the reward. Those miners all compete to be the first to solve an arbitrarily difficult computing problem, one that takes enormous amounts of processor cycles to do and still comes down mainly to chance.

The computer that solves the riddle first, every ten minutes, receives a Bitcoin – but every computer, not just the winner, spends that processing time doing the maths.

Blockchains consequently use up voracious quantities of energy. The greater miners want their chances of winning the lottery to be, the more they have to invest in computing capacity. Bitcoin’s electricity use is now approaching that of Italy! If Bitcoin was a country, it would be in the top 30 energy users worldwide.

After China outlawed cyptocurrencies in September 2021, Bitcoin miners relocated to the former Soviet republic of Kazakhstan, making it overnight the second largest crypto-currency mining country after the United States.

Russia, prior to the war in Ukraine, had also announced draft proposals seeking to ban all cryptotrading and mining.

The vast energy-hungry computer banks draw so much electricity that the coal-fired power stations in Kazakhstan are pumping out huge extra quantities of carbon dioxide into the atmosphere, significantly contributing to global heating.

The ever-rising price of electricity in Kazakhstan, alongside petrol/diesel and gas price hikes, was a contributing factor in the uprising by ordinary people against the country’s authoritarian regime in January this year.

In an attempt to deflect further unrest, the regime of President Tokayev has threatened a 335% increase in electricity charges specifically on cryptominers.

Nouriel Roubini, professor of economics at New York University, who has criticised Bitcoin’s energy wastefulness, calculates that if a stringent level of carbon tax was imposed against blockchain mining, the price of cryptocurrencies would evaporate overnight.

Hedge funds, which are investment vehicles that cater to high-net-worth individuals and institutional investors, have moved into the cryptomarket eager to promote its unpredictable price swings as the sign of a new asset class in the making. Hedge funds focused on cryptocurrencies generated returns of 194% in 2020, according to data provider Eurekahedge.

But Bitcoin exchange has not become mainstream and in the US only around 2,300 firms accept it as payment, out of an estimated 32.5 million businesses.

In June 2021 the president of El Salvador, Nayib Bukele, made Bitcoin a legal national currency alongside the US dollar. He said it would digitize the economy, lower dependence on the US dollar, decrease remittance fees and drive investment. However, many users – individuals and businesses – have complained of making losses on Bitcoin transactions and, according to a recent Chamber of Commerce and Industry survey, 86% of businesses said they had never used Bitcoin.

Because of constant price volatility, cryptocurrencies cannot replace gold as a stable store of value, which in periods of geopolitical crisis like now becomes the go-to safety haven.

Moreover, crypto prices tend to follow the trajectory of the stock market, so when the present fevered speculative bubble finally bursts, Bitcoin’s price may well fall precipitately. Hedge funds, which thrive on dicey investments, may be piling in, but the stolid end of Wall Street, which includes pension funds, remains wary.

Cryptocurrency trading remains a wild west in which fraud and theft are rampant, and which facilitates crimes such as selling drugs online. In the US, the Southern Poverty Law Centre has identified over 600 cryptocurrency addresses used by far-right groups, keen to camouflage their fundraising and money laundering.

Putin’s oligarchs too, facing stinging sanctions, are thought to be piling into the cryptomarket as a means of concealing their wealth.

Some blue-chip financiers, and even governments, have tentatively begun looking at crypto-assets, in the latter case even contemplating setting up sovereign equivalents. Morgan Stanley, the American-based global investment bank, has said its $150 billion investment fund is examining a large purchase of Bitcoins, while other global investment bankers Goldman Sachs and JP Morgan, which have been wary of engaging so far, are preparing to announce cautious investments.

In the UK, banks have minimal investments in this market. But the Bank of England warned that they could still be exposed, if around 20% of households and businesses were to move their deposits into digital money. This would drive up the costs for high-street banks because they would lose a key source of funding. In turn the cost and availability of borrowing would be affected. The Bank of England has warned Bitcoin will need to be regulated in the same way as payments handled by banks if this happens.

According to the global financial watchdog the Financial Stability Board (FSB), the number of people aged 45 or under who own crypto-assets has doubled in a year from 6% to 12%, prompting fears that many have ploughed their cash into a risky sector they know little about.

Currently, crypto-assets are not widely used enough to cause dire problems in the real economy. But if they were to carry on growing at their current rate, risks would ‘rapidly escalate’, according to the FSB. The market value of crypto-assets shot up by 3.5 times in 2021 to £1.9 trillion. The US Congress is convening a hearing on the issue.

Crypto-assets and blockchain will not disappear in the next crash, but like the dodgy financial instruments that were worshipped as magic money trees before 2007, they cannot provide an antidote to capitalism’s ills. Workers can occasionally win money, whether in Las Vegas on a gaming table or from cryptocurrencies or other risky ventures. But overall, the bosses’ system is permanently loaded against workers, which is precisely why we have to fight for the socialist alternative.

*A Ponzi scheme is an investment fraud that pays existing investors with funds collected from new investors.