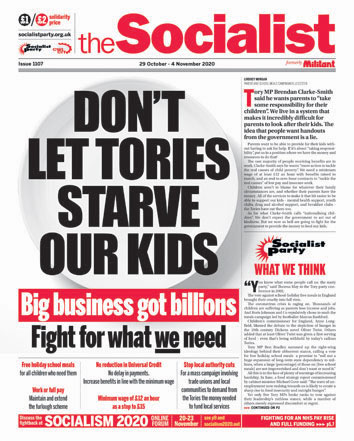 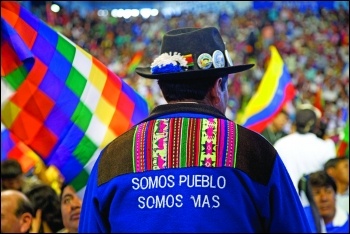 This was a crushing defeat for the right and 'centre' parties representing the Bolivian ruling class. Carlos Mesa from the right wing received 31.5% of the votes and the fascistic Fernando Camacho won 14.1%. The arch-reactionary former 'interim' president Jeanine Áñez saw a collapse of her support. She withdrew from the race following revelations of a sex scandal, which circulated on social media.

Trump denounced Morales for unproven electoral fraud - an allegation which he is preparing to repeat in the US elections should he lose!

Morales had ruled for 14 years and presided over significant reforms, carried through on the basis of economic growth dubbed the "miracle". Overall poverty rates fell by 42% as big sections of the population were lifted out of poverty.

He was the first President from the indigenous community, which had suffered vicious discrimination by the white European ruling elite. Amerindians are approximately 55% of the population from 36 ethnic groups. 30% are 'mestizos' or mixed, and 15% white.

Under Morales, Bolivia was renamed a "plurinational Republic," which was enormously popular. The indigenous Wiphala flag was incorporated into the national flag and used at official ceremonies.

Arce - an academic economist who studied at Warwick University in the UK - claims he started reading Marx at the age of 14. He says he has the same "ideological" position.

However, when finance minister under Morales, he was not on the left of the party but seen by the capitalists as a 'moderating' influence. The reforms he introduced were in a very different economic situation to that which Bolivia faces today.

A contraction of at least 6% in the economy is expected this year. As a warning to workers and the poor, Arce has already stated that, while he opposes public expenditure cuts, "some austerity measures will be necessary". He also pledges to govern for "all Bolivians" in the national interest.

The Committee for a Workers' International (CWI) is the international socialist organisation which the Socialist Party is affiliated to. The CWI is organised in countries across the planet. We work to unite the working class and oppressed peoples against capitalism, and to fight for a socialist world. socialistworld.net