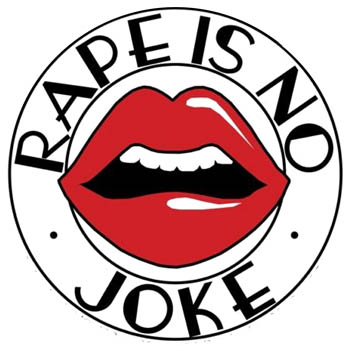 As part of the Rape is No Joke campaign set up by Socialist Students, a night of 'comedy without misogyny' was organised in Nottingham on Thursday 7 February.

Where did the idea for the comedy night come from?

Jokes about rape are not the only issue, or even the most important issue, facing women in Britain today. However, it is one part of the sexism we face in our everyday lives.

We know women are facing the brunt of the cuts to jobs and services, still face sexual harassment and unequal pay in the workplace, and are objectified within the media and popular culture.

But a comedian telling a joke about rape could be the thing that a woman will get the most angry about when it's on top of everything else.

Was the comedy night a success?

It was a big success! With a lot of help from people and groups around us, especially from the Nottinghamshire Trades Union Council which made a donation to help us fund the campaign, we had four comedians, various speakers and about 50 people at the event.

The comedians all showed that comedy could challenge reactionary ideas in a progressive and funny way - including one fantastic impression of the Canadian police officer whose comment had sparked off the Slutwalk movement, complete with a moustache and police hat!

Speakers from Rape Crisis and Nottingham Women's Centre outlined why they supported the campaign and also the challenges they are facing because of funding cuts.

Jackie Meht from Rape Crisis spoke passionately about how the minimal number of staff they have is being cut and how they rely mostly on volunteers.

But she summed up the mood of the night well when she said: "We're going to keep fighting it. We've been fighting for over 30 years and we're not going to stop now!"