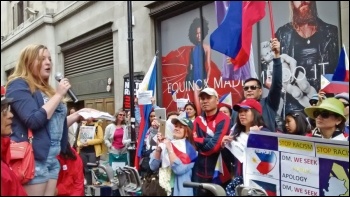 The Daily Mail has a habit of blanket scapegoating of the blameless. It was recently the turn of Filipino health workers. On 19 May, the Mail screeched: "NHS STILL hiring Filipino nurses" after the trial of Victorino Chua.

Chua is originally from the Philippines. While working as a nurse in Greater Manchester, he poisoned 22 patients. He has recently been brought to justice.

Of course, his crimes were heinous. So were Harold Shipman's. But the Mail didn't run headlines saying the NHS was "still hiring" bearded white men.

Since the headlines, Filipino nurses have complained about being abused at work by patients, including being asked whether they are 'safe' to practise.

Representatives formed a planning committee, including members of health union Unison. They rightly slammed the Daily Mail for "besmirching the reputation and character of Filipino workers in the UK".

She said: "It was a Filipino nurse who took me by the hand on my first day in the front line. Another showed me how to measure blood pressure. Another comforted me when my first patient died."

Jacqui said the Mail wants to divide NHS workers - at a time when they face drastic cuts and privatisation. The best way to fight the hate is for health workers of all nationalities to join the union, and fight together against government and right-wing media attacks. 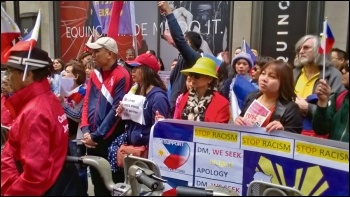