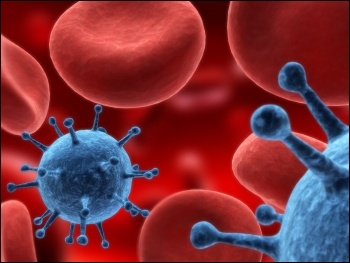 Cancer is on the rise while benefits are falling, photo by Laura Sofia Muñoz Oquedo (Creative Commons)   (Click to enlarge)

Macmillan, the cancer charity, says almost 400,000 people living with cancer every year struggle to pay household bills as a result of their diagnosis.

Four in ten people with cancer have used savings, sold assets or borrowed to cover the costs or the loss of income caused by their diagnosis.

But a quarter of people with cancer had no savings at all to rely on. This leaves many people facing rising debts and falling into serious financial hardship.

Family members and friends who care for people with cancer are also financially affected. Almost one in three carers' income or household finances are affected by caring, as a result of them spending more on travel and other caring-related costs.

More than half reported feeling more anxious or stressed because of money worries. More than a third said it made them feel more isolated or alone.

There are currently 2.5 million people living with cancer in the UK. By 2030 there will probably be four million. Meanwhile, governments have cut benefits, the NHS and local authority budgets.

I am a carer for my mum and was diagnosed with cancer last June. The treatment lasts for months and at times made me feel worse than the condition.

My mum and I were able to manage as treatment such as radiotherapy is an outpatient appointment. We had temporary help from family and friends who even took the dog for a walk when I was not able to.

I was recommended to contact the department for work and pensions (DWP) for support but had previously found the process of applying for benefits for my mum and carer's allowance for me - followed by a tribunal - very stressful for both of us. I could not face going to the Jobcentre to go through the form filling and long delays - possibly to change benefit - while feeling ill.

I have disabled friends who have had to go through the changes to the benefit system that seem to make everyone feel like a scrounger now. This is so different to the care I received from the NHS where doctors and nurses went out of their way to try to help, despite being very busy.

One in two people born after 1960 are at risk of developing cancer at some time in their lives. We need a system that people who are facing illness and financial hardship feel is there to help them, not make the process so difficult that many avoid or miss out on benefits they may be entitled to.

Cancer charity Macmillan has said: "The number of people who need the right financial help and support following a cancer diagnosis is set to grow at a time when key sources of support are being squeezed."

Unfortunately one of Macmillan's proposals is completely unrealistic: "The banking sector, the government and the Financial Conduct Authority should ensure that: the needs of those with cancer - and vulnerable customers more widely - remain a priority across the financial services industry." Perhaps that's because Macmillan's 'corporate partners' include HSBC, Lloyds and RBS.

The banks' priorities are to be as profitable as possible. Governments have made this their priority too. People with cancer have enough to deal with without having to bail out the banks as well.