Film review: Every Cook Can Govern 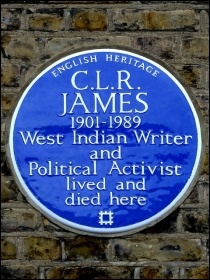 'Every Cook Can Govern' takes us on the journey of an individual born in Tunapuna, Trinidad. A cricketer whose love for cricket was matched only by his love for Shakespeare.

A fighter who became a black liberation icon. But ultimately it is an incomplete look at the journey of an artist who became a revolutionary: Cyril Lionel Robert James.

Finance was an obstacle for the filmmakers. This is reflected both in the lengthiness and simplicity of the documentary - made by 200-plus volunteers working with education charity WORLDwrite. The best moments are the numerous clips of CLR James's often unseen interviews scattered all the way through.

The film starts with James's early life in Trinidad, focusing on his literary career and cricket - his first love and his passion. His life in England follows, and in particular his experiences in Nelson, Lancashire, where he was introduced to Marxism and Trotskyism.

We go on to see James's campaign work against imperialism, fascism, and Stalinism, his life in the US fighting racism, and his work on black liberation.

His life was shaped by big events. James was born when the British Empire was at its height. In his life he witnessed revolutions across the globe, including the Russian revolution where workers took power for the first time, the Spanish revolution, and others. 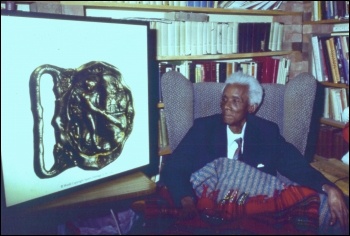 He saw the rise of Stalinism and the peak of the Cold War. His political thought left a permanent impact, including the fight against the Italian fascist invasion of Ethiopia, and his famous work on the Haitian revolution, 'The Black Jacobins'.

The best part of the documentary is his journey in Nelson - a town with a rich history of workers' struggle and fightback. It was in that beautiful part of England, with a lively working class, that he began his political education. He openly identified himself as a Trotskyist and a revolutionary socialist.

The documentary rests on people who knew him or studied his work. James's life was interesting and fast moving. Unfortunately the same cannot be said of this film.

At three and a half hours, it does drag, making it difficult to concentrate. Some of his huge political impact is lost between the many commentators.

Nonetheless, 'Every Cook Can Govern' fulfils its basic aim. It introduces the audience to the remarkable life and work of CLR James. In that sense it's a documentary of some interest to anyone fighting racism, colonialism and capitalism.

‘The Black Jacobins’ - £12.99 plus postage from www.leftbooks.co.uk

‘Every Cook Can Govern’ - clrjames.uk