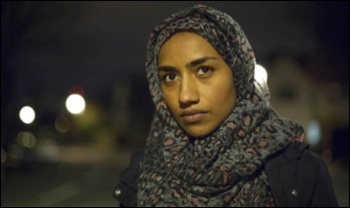 The brutal finale of the Channel 4 drama about Isis, 'The State', came as no surprise.

One major character watched her son kicking around the head of an enemy with other children as part of their training for Isis. On escaping to Britain, her son was put into care, and she was forced to spy for the security services.

Another main character refused to execute a man who had become his friend. The friend was executed and the ending gave a clear hint that his fate would be the same.

Although this is a harrowing series to watch, its excesses of violence are not fiction. They are based on the testimony of people who have fled Isis.

The writer, Peter Kosminsky, portrays the way the illusions sown among the dispossessed by Isis propaganda give way to the realities of the situation.

One character is a qualified doctor who goes to Syria to help, but in scenes which echo 'The Handmaid's Tale' she faces restrictions at every turn because "there is nothing you can do which the men can't do better." That is a statement from a female character who acts as an aunt to the new recruits and instructs them to rejoice when their loved ones die in battle.

The similarities with The Handmaid's Tale are striking. Religion is the pretext for controlling women in both. These women are encouraged to go to Syria to help out, but see other women and children treated as slaves.

The series does not emphasise the role played by Bush and Blair in creating the conditions for Isis to flourish. The slaughter of civilians played right into the hands of the right-wing religious fanatics who promoted jihad as a path to revenge.

Young recruits, and children as young as ten, were thrown into the front line. In the series and in the testimony of former Isis volunteers, they are used as cannon fodder just as if Isis leaders were World War One generals.

The phrase "Islamic State" is not used much. This is partly because of the media insistence that it be referred to as the "so-called Islamic state," which would sound odd in the mouths of volunteers. It is partly because the war is waged against Shia Muslims as much as anyone else.

The State series does not tell the whole story and does not claim to do so. It is nevertheless a shocking insight into the nature of an extremism which uses religion as a cloak.