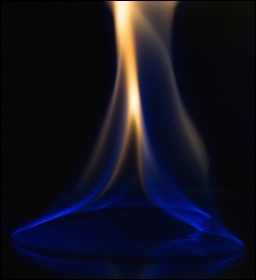 The heating and hot water supply to up to 200 residents on the private Barking Riverside estate in east London was threatened by an asset management company in the middle of winter, after the residents suffered a loss of heating over a 40-day period in the run up to Christmas.

In a letter of protest which got the attention of the local press, the residents' association condemned the asset stripping and the free market capitalism philosophy which is plaguing the estate and playing with the lives of the residents.

We have now learned that the threat has been withdrawn in a big victory for the residents' association.

Barking Riverside's planned 11,000 houses are presently being developed by a joint enterprise of the Greater London Authority and the London and Quadrant housing association and will be one of the biggest housing developments in Europe.

But this huge experiment to show that private enterprise, run riot through the estate, can work better than local council control, has failed.

The private company which owned the communal heating to four blocks of flats went bankrupt. The heating equipment languished in administration until it was bought up by an asset management company, with no apparent prior knowledge of heating systems, which then formed a company called Zing Power to bill residents for the heating.

As soon as the severe winter weather hit in November, the heating failed. Zing and the landlord fought over responsibility for fixing the equipment, both refusing to carry out the repairs.

Up to 200 residents suffered through to 21 December, without heating or hot water.

The residents association called an emergency meeting on 9 December for the affected blocks, which brought the threat of legal action against Zing and a temporary fix over Christmas of the remaining block of flats affected.

Then, on 5 January, the director of Zing Power, Jamie Buchanan, wrote to the landlords, their agents Pinnacle, and the Barking Reach Residents' Association, declaring his intent to remove this equipment, which he values at £1.2 million, from the estate on 25 January, leaving residents with no heating and hot water.

As chair of the Barking Reach Residents' Association, I expressed the burning anger of the residents in an open letter to Buchanan, gaining the full support of the residents' association committee and collecting the signatures of the residents who spoke out, and the threat has now beeng withdrawn. Here are some excerpts.

I note your threat to asset strip the estate by removing roughly £1.2 million worth of heating equipment from four blocks of flats, affecting roughly 200 residents, on the 25th January of this year.

Your email does nothing to hide the appalling failure, moral, financial and indeed legal, in which you are wrapped up, which many would regard as greedy, selfish and corrupt.

You might have begun your email by expressing your distress that up to 200 residents on the Barking Riverside estate were left without heating for 40 days. You do not.

You assure the reader that Zing has "been involved in many, many acquisitions of 'problem companies'."

But this is not the assurance that the residents wish to hear. The residents association would have preferred that Zing could declare it was an experienced and time served heating company with the interests of the residents at heart. But it was nothing of the kind.

You might at least have declared that your action in taking over the heating equipment assets of the "problem company" (TGE) which had gone into administration was determined by the desire to supply heat to residents. You might have expressed some concern that while excess deaths attributable to the winter cold fell from a peak of over 100,000 a year in the winter 1950-51, that - seven decades later - it was still a shocking 34,300 in 2016-17, (final government figures), pitiful in a country that considers itself civilised. But you did not.

You might have stated how concerned you were that the government's five-year running average of excess deaths attributed to cold has started to rise for the first time since it fell with the health and housing social reforms of the Labour government of 1945, rising once more today precisely coincident with the banking collapse of 2007, as a result of ten years of austerity and the privatisation of housing and energy, which has forced more people, particularly the elderly, to suffer and die in the cold. But you did not.

But you rescue bankrupt companies. Let's hope you don't sink to the level of those companies whose aim is simply to leech off the public services, a profession not quite the oldest, but over 100 years old, a profession which developed not long after local government was forced through public outcry to establish public works in order to bring clean water, sanitation and other essentials to residents that capitalism had failed to provide.

Such leeches even today attach themselves to some public provision such as health or housing, and suck the blood from it to fatten their shareholders, perhaps by providing what, in parliamentary circles is termed the "one-for-two" Private Finance Initiative (PFI) deals - construct one hospital, get paid for two. And all the time these leeches are proclaiming in the press how pale and bloodless the public service is compared to the nice fat capitalist leech, showing, you might say, just how much more successful blood-gorged capitalism is than that pale enemy, social welfare, which merely shares out its meagre provisions.

But it appears the public have seen through this trick, because support for the renationalisation of the nation's privatised assets remains where it always was since Thatcher - at 78% - as a rather shocked Legatum Institute reported recently. (https://www.li.com/activities/publications/public-opinion-in-the-post-brexit-era-economic-attitudes-in-modern-britain , water (83%), electricity (77%), gas (77%) and railway (76%))

Perhaps Zing was taken for a ride as you suggest. After all this is free market capitalism, on a private estate in a privatizing borough, not some pale and blood-sucked but honest socialism. Any fool can be taken for a sucker under capitalism, that's the nature of the game. And who looks the greater fool, Mr Buchanan?

It is certainly not surprising to learn that it is "not commercially viable for Zing" to continue to patch up the heating system. No indeed. So it appears more likely that Zing does have "the power", but that it does not wish to spend the cash. What is required is a company with experience certainly, but also one dedicated to need rather than profit. But that is a contradiction in terms, or more precisely, a contradiction of the needs of the shareholders. In fact what is needed is the municipalisation (local public ownership) of the estate so it can be run in the interests of the residents rather than of profit.

It is mere good fortune that subzero temperatures did not take someone's life during those 40 days. It's not for nothing that I stated the government statistics above.

"Unless anybody can come up with any constructive suggestions then Zing Power has decided to withdraw its equipment from this and all of its other buildings with effect from 25th January 2018."

Zing has declared it will strip the assets and leave 'unless' - unless what?

Unless someone else pays to fix the heating system permanently because "our significant investment is not providing any return". Or any heat. Capitalism will not pay. Ultimately it must once again be bailed out by the public purse. But in that case, what use is capitalism, at least in meddling in the provision of essential services? iPhones, fine. But housing, health, transport, energy, water, banking, building, the major levers of the economy and the rest of the privatised utilities and services, should be a no go area for spivs and speculators. And, as mentioned above, the Legatum Institute has discovered that people overwhelmingly agree with this. The majority of the population, Mr Buchanan, "Hold an unfavourable view of 'capitalism' as a concept, viewing it as 'greedy', 'selfish' and 'corrupt'" and they are correct, based on vast experience, and Zing is a prime example. The leeches must go.

Your email is utterly without pity for the plight of residents caught up in this latest scandal on the estate. If it is true that "Zing have done everything possible to resolve the situation including offering the equipment to Pinnacle (or the landlord) at no charge" you should fulfil that promise and pass ownership over to BRL without charge. Otherwise the council, or else the GLA, and ultimately the government, should find the necessary powers to seize those assets and restore them to the residents on the estate.