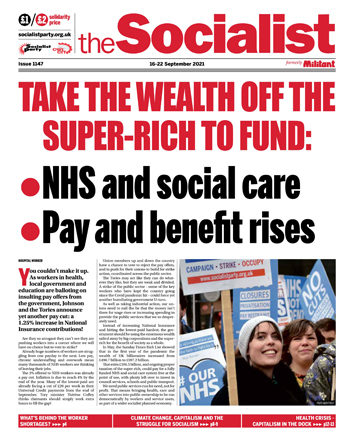 What’s behind the worker shortages, and what can be done about it?

We won’t pay for capitalism’s failings

Illegal strike-breaking, a dossier of testimonials about management bullying, and victimisation of a union rep who fought for Covid safety

Save jobs and services – nationalise rail

Weetabix – workers have had enough

Deaths of despair: Health crisis – capitalism in the dock

The Cuban missile crisis in 1962 is far from underrepresented in books and media. But ‘Nuclear Folly’ uses fresh material provided by newly declassified files from the KGB archive, shedding light on