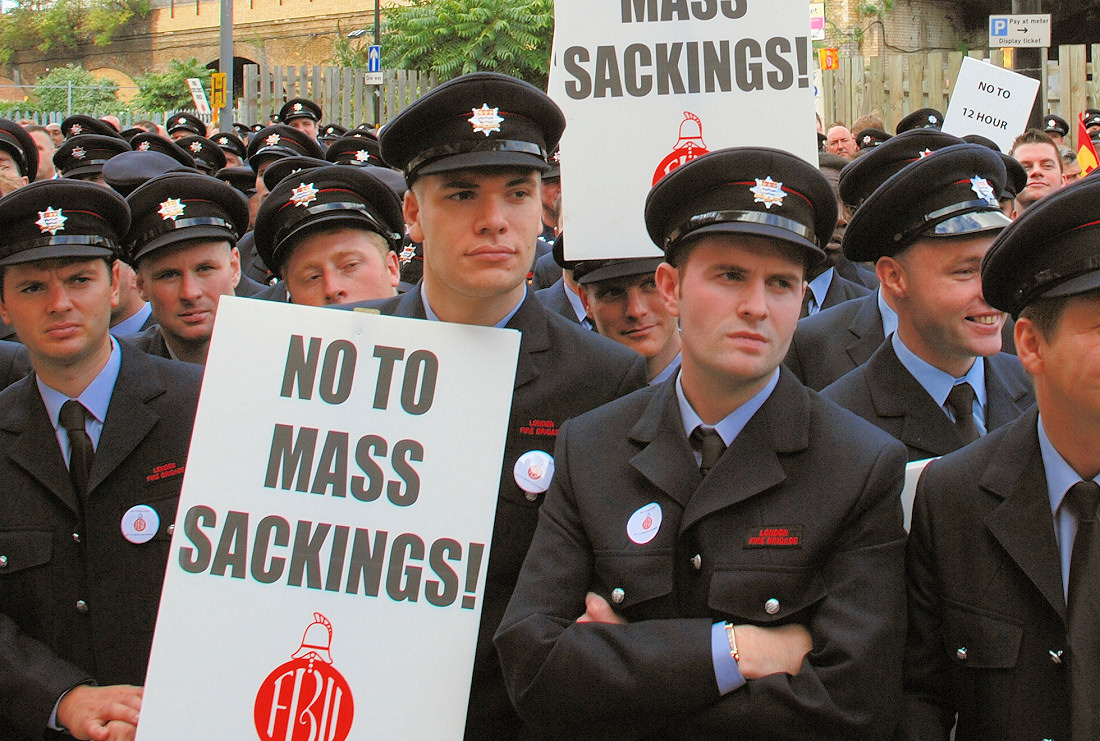 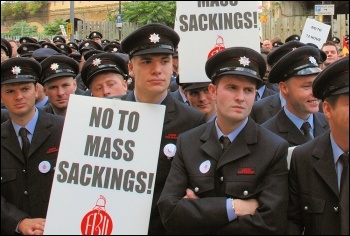 Thursday 16 September saw one of the most formidable demonstrations in London for some time. 2,500 uniformed firefighters marched with Fire Brigades Union (FBU) flags and placards, whistles, vuvuzelas and even a bagpiper to protest outside the London Fire Authority (LFA).

All 5,557 firefighters in London are threatened with the sack if they don’t accept new contracts. Contracts which not only threaten firefighters’ jobs, conditions of work and family lives, but will open the door to the destruction of the fire service as we know it.

London FBU regional secretary Joe McVeigh read out the LFA mission statement, to shouts of derision after every clause.

Amid chants (the song sheet for the protest included the traditional working class socialist song ‘the Internationale’) and boos for the Fire Authority members, speakers from the RMT, NUT, PCS, GMB and other trade unions pledged support. 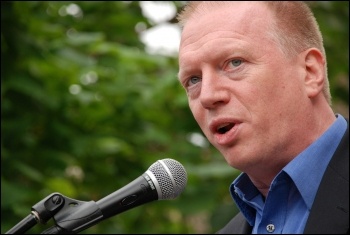 A fiery speech from the London rep on the FBU national executive, Ian Leahair, laid bare what is at stake if these cuts go through. FBU general secretary Matt Wrack announced that the London FBU has now given formal notice that it will ballot for strike action.

Socialist Party member Martin Powell-Davies, who is on the national executive of the National Union of Teachers, explained the risks for schools without adequate fire cover. Making it clear that working class people should not be forced to pay for the bankers’ and bosses’ crisis, Martin called for: “No cuts, No mass sackings, Solidarity with the FBU!”