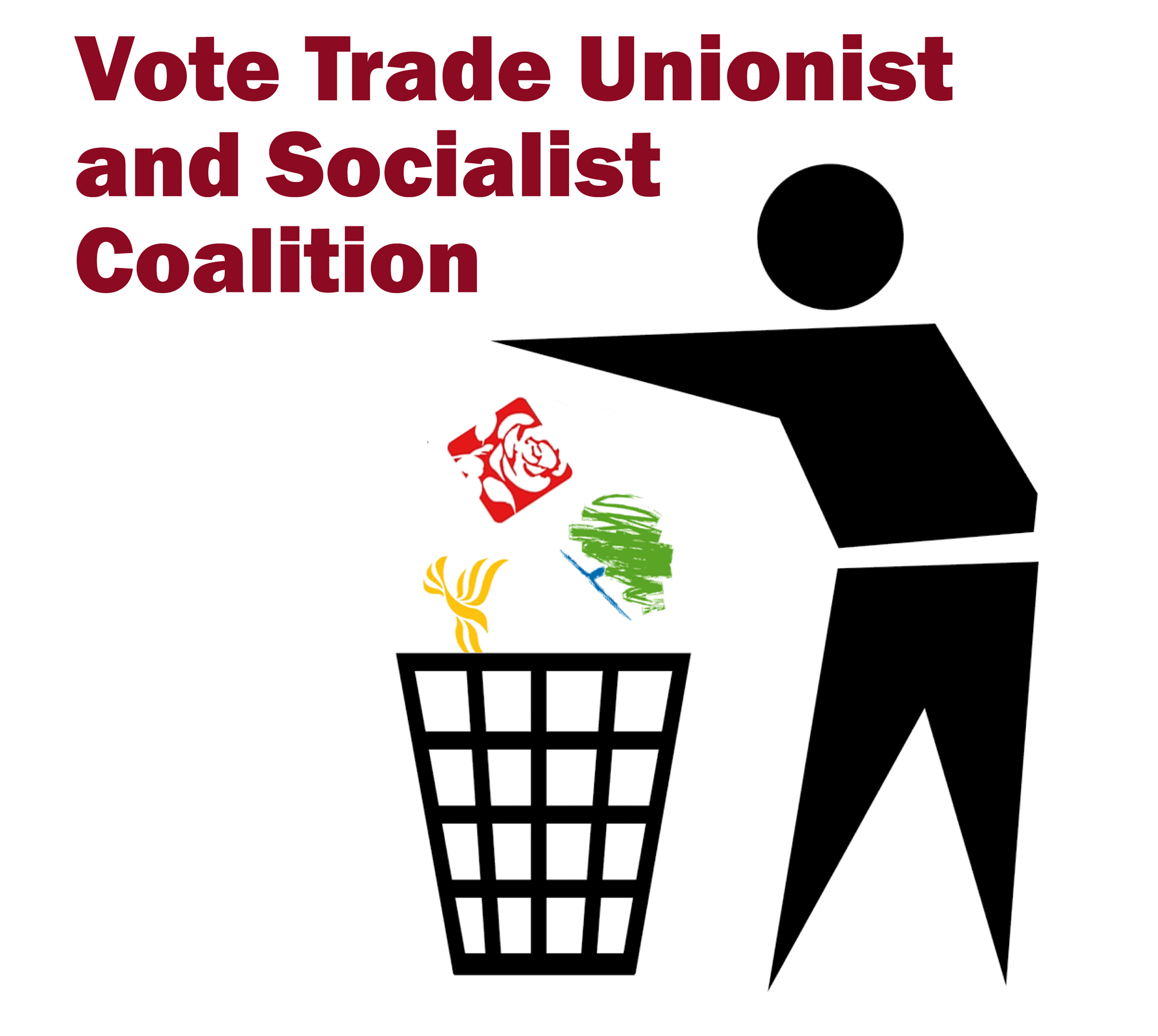 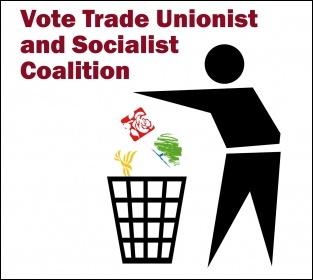 On 3 May: Vote Trade Unionist and Socialist Coalition

It is two years since this vicious Con-Dem government was elected. At that time, many working class people voted for Labour councillors, hoping that having a Labour-led local authority would help protect them from Tory cuts.

The Socialist argued at the time that unless Labour threw its lot in with the anti-cuts movement – and threw out its pro-capitalist leaders – it would end up wielding the Con-Dems’ axe.

Since that election, 300,000 people have lost their jobs, hundreds of services have closed. The bankers and the millionaires have used the establishment parties to do their bidding. We’ve seen the evidence in the bonuses and profits piling up. 800,000 more public sector jobs are due to be cut under the Con-Dems’ plans.

Thousands of people – and I’m one of them – have lost their jobs at the hands of Labour councils. These Labour careerist councillors, using the excuse of TINA – There Is No Alternative – sneer and laugh as they walk past protests by workers and anti-cuts campaigners. They then vote to close children’s centres, libraries and make huge salary cuts to the lowest paid. Last month, councillors even gave each other awards for who had cut the most! 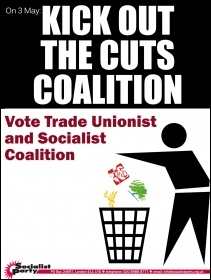 Kick out the cuts Coalition   (Click to enlarge: opens in new window)

But George Galloway’s victory as an anti-cuts candidate in the 29 March Bradford West parliamentary byelection shows that workers are not just voting fodder for careerist Labour politicians. People have experienced the betrayal of Labour in power, both in national and local government.

On 3 May, there is a coalition of trade unionists and socialists who have consistently opposed war, tuition fees, privatisation and cuts, standing in the London Assembly, mayoral and local council elections.

There is an alternative to making the 99% pay for the bankers’ bailouts. £120 billion goes unpaid by the very wealthy in tax every year – far more than can be made from taxing pasties! £750 billion is sitting idle in banks as big business sees no profitable opportunity to invest. The money is there to make cuts unnecessary. On 3 May, vote Trade Unionist and Socialist Coalition.