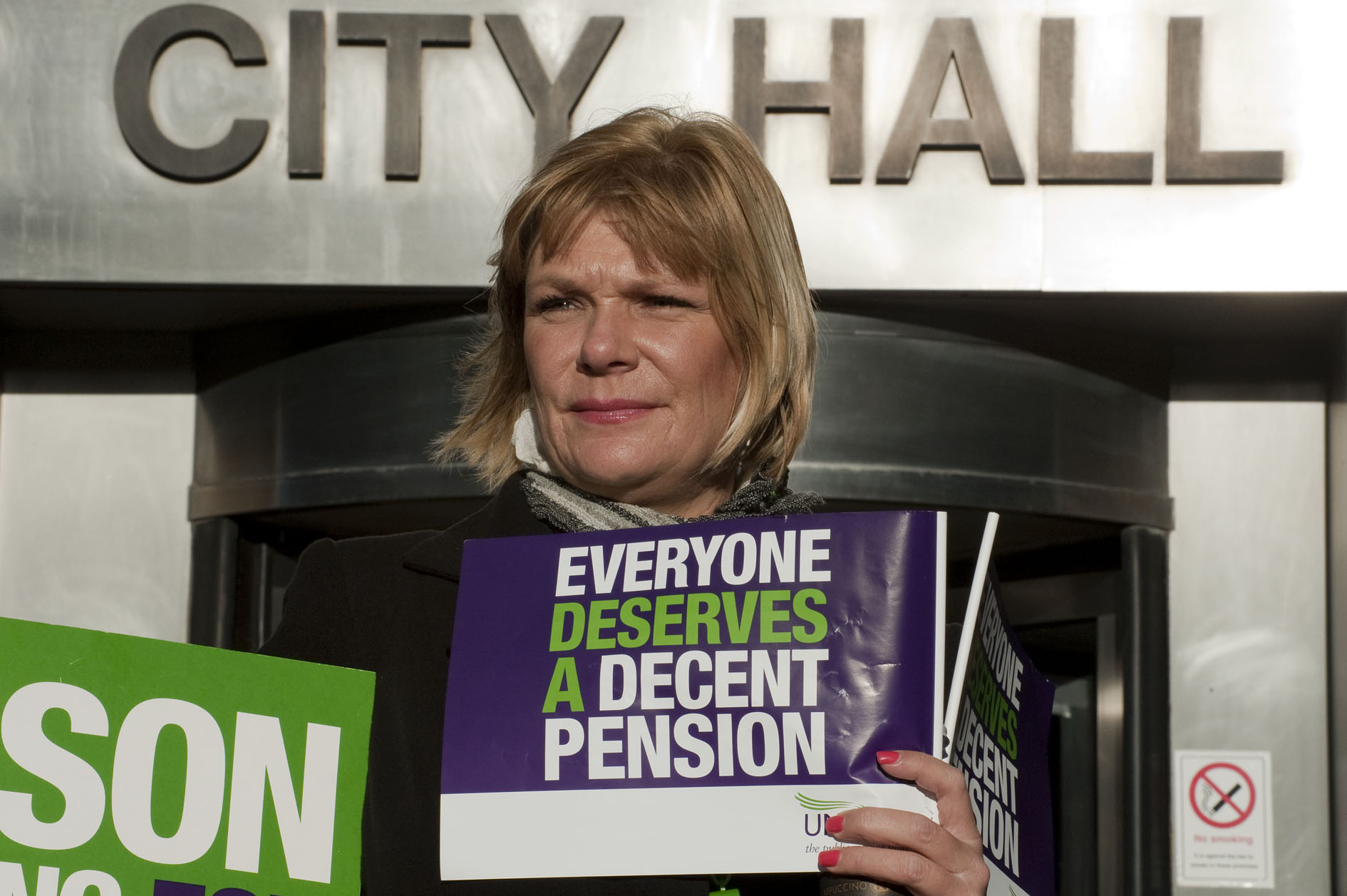 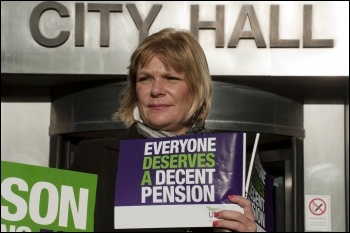 Public sector workers are facing attacks from the Con-Dem government and from local councils, often Labour-controlled, who meekly carry out the government’s plans.

Unison members have the additional problem of a leadership which seems to do all it can to stifle effective action against cuts and privatisation.

But, in spite of the leadership’s which-hunt against activists who do want to fight, battles are still being waged in defence of jobs and services. Unison members report.

In February the Tory-led council of South Gloucestershire voted to outsource their entire home care service to the private sector which would have meant the loss of the much-praised service and 160 jobs, mostly women workers.

South Gloucestershire has seen the problems that private provision can create when profit is put before people as highlighted in the Winterbourne View abuse scandal, where residents of a private facility were very badly treated.

This was a shocking insight in to how these firms are run. Poor terms and conditions for staff, long hours and inadequate training are common, while the firms make handsome profits.

Following strong opposition, petitioning and lively demonstrations by workers, service users, trade unions and Socialist Party members, the workers have forced the councillors to defer the decision to outsource the entire service until May.

While this is not yet a clear victory it shows that consistent struggle can start to force change. The workers and all of those who oppose cuts and privatisation in South Gloucestershire must continue to put pressure on the council to keep the service public.

This highlights the need to oppose all cuts and to continue to fight back even if decisions appear to have been made.

In particular it provides hope for all of us who are opposed to recent changes to the NHS and provides justification for a national NHS demonstration.

All three parties in the council have gone along with privatisation, in spite of opposition from residents of South Gloucestershire.

This highlights once again the need for a democratic socialist alternative that does not put profit or cost before need.

Unison’s elections for the Service Group Executives are being held from 10 April to 18 May. It is clear that the Con-Dem government have declared war on the public sector and is intent on making public sector workers in particular pay for their financial crisis with jobs, wages, conditions and pensions.

These national attacks need a national response from Unison, not one which leaves workers and branches left to fight alone at a local level where the strong survive and the weak go to the wall.

The pension dispute has shown that Unison members will back a call for coordinated national strike action to defend pensions.

Many members are rightly staggered that Unison withdrew from the pensions fight after just one day’s action despite the fact that there was no more on offer.

Unison members are still being asked to pay more, work longer and get less.

The Socialist Party believes that members should reject the pension deals and reinstate the national strike action, linking up with the teachers, civil servants and others, as the only way to force this government to back down.

In the SGE elections, please vote for the members below who are committed to building a fighting democratic union. You can only vote for the candidates in your service group or region.

Labour-led Leeds City council have presided over £55 million of cuts. The end of year budgets have been signed off and a final proposal to be presented to the unions is imminent.

Council services have been decimated already from the £90 million of cuts from last year. Staff are stretched, they feel exhausted and morale has been low. This is particularly acute in both Children’s and Adults’ social services.

But at our recent Unison annual meeting, held through four meetings over two weeks, members backed a proposal for a strategy for action to defend our jobs and services.

In proposing the motion I summed up what ordinary members felt about the cuts – that they have been through a lot and felt betrayed by their employer. It was no wonder that many have opted for voluntary redundancies.

I argued that a fightback was absolutely necessary – a campaign for industrial action would tap into the anger felt by members, and would revitalise the Unison branch.

If members see that the branch is determined to fight, it would encourage greater membership and more activism, lifting the heads of many stewards.

We would get members to the lobbies and protests that are necessary to build the momentum.

As part of the proposal I argued that we should put pressure on Labour to stop and reverse the cuts, through a programme of investment in more jobs and improvements in the services we provide, by setting a needs budget.

Using the millions of pounds the council sits on to spend on what is needed in Leeds would give a breathing space to campaign for the necessary funding for the needs budget.

There was also a proposal to have a debate about why Unison should continue to support the Labour Party.

This was overwhelmingly popular as was the proposal to maintain the pressure on our national leadership to bring the pensions dispute back to the members.

Now that the campaign for industrial action to defend jobs and services has been adopted, pressure must be maintained to ensure it is carried out.

It took us two months to build a successful campaign for strike action over pensions. We must build now for an indicative ballot against these cuts.