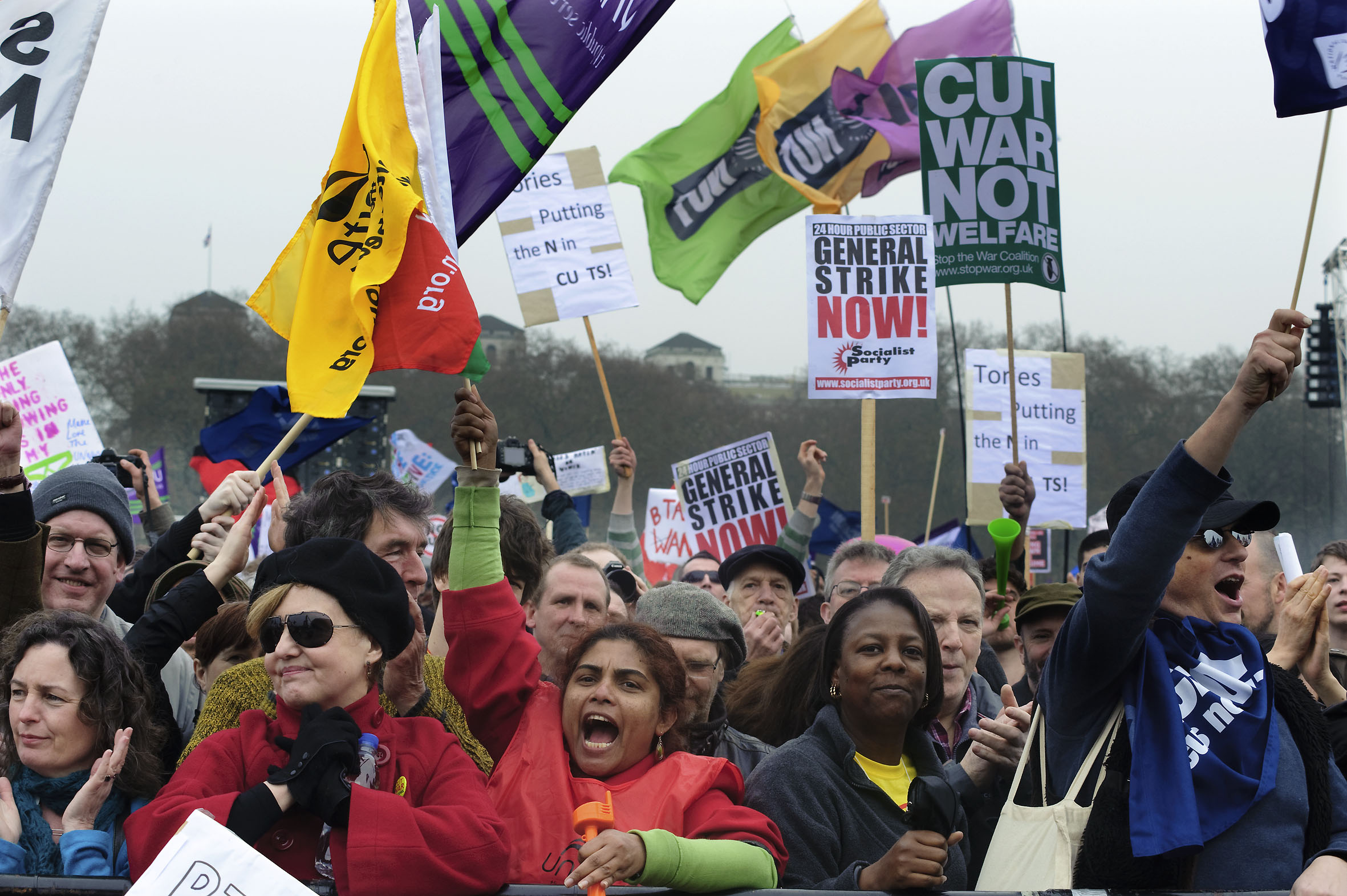 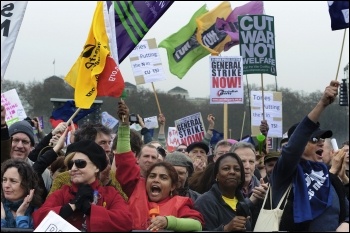 The cracks in the Coalition are becoming open splits. This is a weak government that can be defeated. However, left to its own devices, it will stagger on, unleashing the remaining 85% of the biggest austerity programme for 90 years. Even this prediction may be optimistic. Last autumn chancellor George Osborne added another £30 billion to the original target of cutting £81 billion from public spending and now the latest reports say that this could be increased by a further £17 billion!

Those who have already suffered know what the cuts will mean. 350,000 public sector workers have lost their jobs. Those still in work are in the middle of a four year pay freeze. Benefits have been slashed. One million young people are on the dole. Students have had their tuition fees trebled and EMA abolished. Now the government is planning to try and destroy national pay bargaining, implement massive further cuts in benefits and much more.

In contrast, for a few at the top Britain is booming. The Office of National Statistics reported that the wealthiest 10% are now 500 times richer than the bottom 10%. Much of this is based on the generous pension pots of the rich – the very people who are recommending cutting retirement benefits of low-paid public sector workers. For instance, the CEO of disgraced G4S – which has just bungled the security at the Olympics – has a pension pot of £8.7 million! After getting the sack from Barclays, ‘Diamond’ Bob’s pension is a big part of his £2 million payoff.

Meanwhile many working-class pensioners get barely £100 a week on the state pension. Others like the workers in the Coryton oil refinery in Essex, as with the Visteon pensioners in 2009, will see their retirement benefits slashed because the company has gone into administration. For most young people a living pension is a pipedream.

The Socialist Party welcomes the demonstration on 20 October called by the TUC to protest at the Con-Dems austerity onslaught. We will fight to make it even bigger than the 500,000 strong 26 March 2011 demo. But it isn’t enough. If the trade union leaders used that mobilisation as a platform to call for a 24-hour general strike before the end of the year this government of U-turns could be defeated. That’s why we appeal to all workers, pensioners and young people to join the NSSN lobby of the TUC on 9 September to call on the TUC to make sure that we not only march together in October but then strike together to stop the cuts.

Lobby the TUC to call a general strike

Assemble 1pm at The Level park – Union Road, Brighton BN2 for march at 1.30pm to Brighton (conference) Centre and then rally

For updates and transport information go to www.shopstewards.net or email [email protected] or phone 07952 283 558