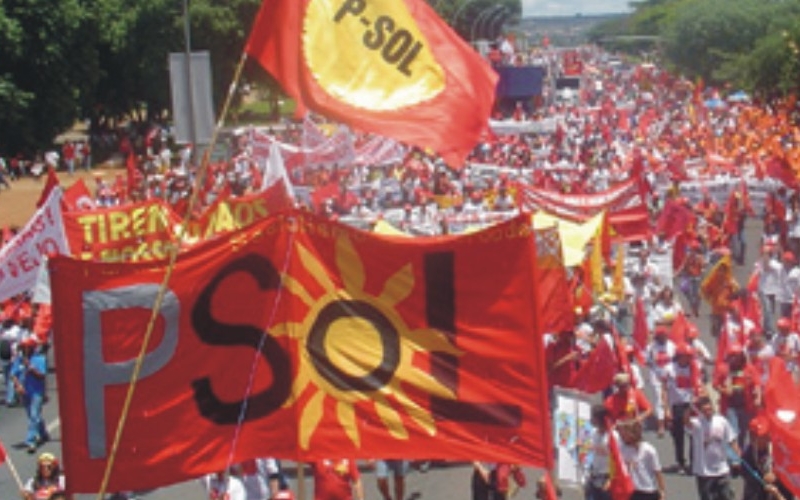 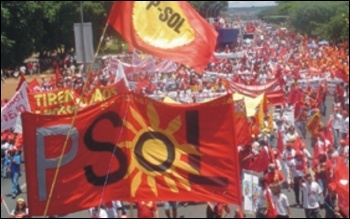 Brazil, as part of the BRICs (Brazil, Russia, India, and China), has in recent years been seen as a ‘hope’ for the global economy. These “emerging” economies would supposedly be the new motor for the world economy as the old powers, Europe and the USA, slow down.

Despite the Brazilian economy also being hit by the world economic crisis in 2008, the prevailing logic was that with the intervention of the Lula and Dilma governments (both from the ‘Workers Party’), the worst case scenario was avoided and a fast rate of economic growth would return to the country. After a fall in GDP of 0.3% in 2009, there was a recovery in 2010, with 7.5% growth.

The PT and Lula exploited this fact heavily during the elections of 2010 to attempt to sell the idea that the country had changed, that the policies of the government were correct, and that Brazil was now an emerging world power – the sixth largest economy on the planet.

But despite some advances, the weaknesses of the Brazilian economy are revealing themselves, and the effects of the crisis are becoming more evident.

It is important to remember the limits of the “reduction of poverty” that Brazilian leaders are boasting of.

There has been some improvement for the poorest layers of people during recent years. The raising of the minimum wage has increased income for the lowest-paid workers and the ‘family allowance’ has had some effect for the poorest families.

However, what took place was primarily a redistribution of income from one section of workers to another, as many workers with higher salaries, mainly public servants, lost out.

Looking at the balance of wealth between labour and capital, there has been no redistribution. In fact, the opposite has taken place. Profits have broken all records and the richest become even richer, with a Brazilian billionaire, Eike Batista, now ranking among the ten richest people in the world.

Together with an increased minimum salary, lower unemployment, and growth of credit lending, this led to an increase in consumption. The principal motor behind this was the growth of exports of primary products, mainly to China.

But the industrial motor of the economy didn’t follow this growth. Instead, relatively stable growth, abundance of speculative capital worldwide, combined with the highest interest rates in the world led to an inflow of capital that strengthened the real (the Brazilian currency). This has increased the price of Brazilian goods worldwide.

The logic was that Brazil exported primary goods to China, and imported cheaper industrialised goods, to the detriment of domestic industry.

In 2011 the contradictions of the economy began to show themselves. The real increased in value again, almost returning to the peak levels of 2008.

This had a deleterious effect on industry, which began stagnating even as consumption continued to grow, sending inflation surging past 7%. The government hit the brake, increasing interest rates and implementing barriers to the inflow of dollars – what president Dilma called a “financial tsunami”.

The result was that Brazil had the slowest growth in South America last year. Since the second half of last year the economy has almost stagnated, as it has been affected by the crisis in Europe and the slowdown in China.

The Dilma government is trying to repeat the measures implemented in 2008: incentives to consumption through tax breaks, lower interest rates, and expansion of credit, especially for investment in big projects linked to the World Cup, the Olympics, and infrastructure.

Indebtedness and debt arrears have increased, which has served to limit the capacity of families to increase consumption based on credit.

In March 2012 families spent 22.3% of their income on servicing debts, compared with 15.5% in January of 2005. This is an even higher level than in the US, where debts are certainly restricting consumption.

No matter what the official propaganda says, Brazil’s economy is still quite vulnerable.

Brazil’s “external liability” – that is, capital invested in Brazil that belongs to foreign owners – has increased. A part of this is constituted in fixed assets, such as mines, factories, and shops. But the majority is invested in bonds, shares, and other financial instruments that can rapidly be withdrawn from the country.

Besides that, and also in contradiction to the official propaganda, public debt is still a huge problem. The real public debt is now equivalent to 78% of GDP.

There has been a significant growth in strikes over the last two years. In the private sector, workers have struggled to get a share of the economic growth and huge corporate profits.

Many struggle for very basic rights, like the workers in the huge infrastructure projects who revolted against a lack of basic accommodations such as toilets, and who demanded the right to see their families at least once every three months!

But also in the public sector there are important strikes against wage austerity and lack of funding for public services, like the huge student strike at the national universities at the moment.

These struggles are still fragmented, however, and the left has still not managed to build organisations that can unify the struggle and break the dominance of the movements that are linked to the government, like the trade union federations CUT and Força Sindical.

Together with the necessity of building a coherent socialist political alternative, these are fundamental tasks for socialists to prepare for the huge battles to come, just like those in Europe and Latin America. These movements can and will arise in Brazil as well, more quickly than many imagine.