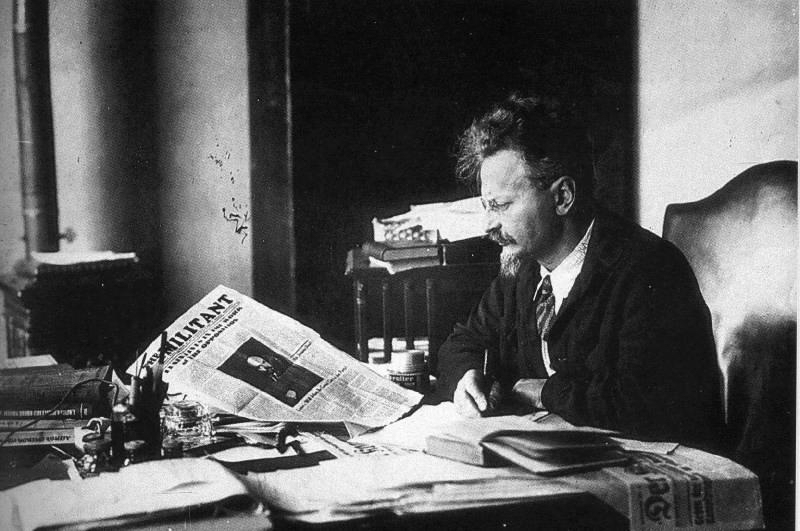 The 72nd anniversary of the assassination of the great Russian revolutionary Leon Trotsky was commemorated even within Britain’s capitalist press. An interview with Trotsky’s grandson Esteban Volkov, in the Guardian recalls his last months and the assassination attempts that ended his life in August 1940.
Trotsky’s life and ideas still provoke interest and controversy. The Socialist Party and the Committee for a Workers’ International (the world socialist organisation to which we are affiliated) bases itself on the ideas of Trotsky as well as those of Karl Marx, Friedrich Engels, Vladimir Lenin and fellow leaders of the Russian Revolution.
Here Niall Mulholland reviews a new biography ‘Leon Trotsky: A Revolutionary’s Life’, by Joshua Rubenstein, published by Yale University Press.

In this compact biography, Joshua Rubenstein makes it clear from the outset that he is not an “admirer or a follower” of the historic socialist revolutionary. Neither does the author “seek to savage” Trotsky for his “personal failing, real or alleged”, as “Robert Service sought to do in his recent biography” (see the review by Socialist Party general secretary Peter Taaffe of Service’s vicious attack in the Socialist 15-21 October 2009).

Rubenstein does not indulge in a Service-style hatchet job. He acknowledges Trotsky’s “outspoken criticism of Stalin, the fate of his four children, and his own assassination deserve more than grudging sympathy”. He credits Trotsky, the “brilliant journalist” and “outstanding eloquent historian and pamphleteer” for explaining “that Stalin was creating a regime that used the veneer of socialism to camouflage its brutal intentions”.

Trotsky is also praised for correctly predicting that failure by the German communists and social democrats to unite against Hitler in the 1930s would see the triumph of Nazism.

But Rubenstein also repeats many of the old allegations and myths of the political opponents of Lenin, Trotsky and Bolshevism, the ideas and methods that the Russian Revolution was based on.

The author’s over-arching theme is that the course of the Revolution betrayed Trotsky’s own ideals of justice and democracy but that Trotsky “refused to renounce the revolution that first betrayed and, then destroyed him.”

Rubenstein also attempts to introduce a novel angle into his biography: Trotsky’s ethnic Jewish origins (the book is part of a series on ‘Jewish Lives’).

But Rubenstein’s claims are contradictory. “Trotsky could assert he was a Marxist and Russian revolutionary, then deny his identity as a Jew” yet a few lines later, Rubenstein writes: “Trotsky was neither ashamed of his Jewish origin nor ashamed to deny them”.

In fact, in his autobiography ‘My Life’, Trotsky writes openly about his ethnic and religious background. Anti-semitism was exploited by the ruling class in Russia as a way of fostering divide and rule policies among the Russian working class and peasantry, which were increasingly attracted to socialist ideas. It is no accident that so many socialist revolutionaries, like Trotsky, came from the super-oppressed Jews in Tsarist Russia.

Rubenstein makes the ridiculous assertion that as Trotsky “spurned one messianic religion, he adopted an alternative utopian faith – one that was secular and far more dangerous”. But the revolutionary Marxism of Trotsky, Lenin and the Bolsheviks was not about unthinking obedience and tablets of stone – unlike the crude official ‘Marxism’ under Stalinism – but a living science of free discussion and debate that was tested in practice by events.

Despite himself, Rubenstein relates the polemics between Trotsky and other wings of the Russian social democratic movement, including Lenin and his supporters, in Tsarist Russia and in exile in Europe. These included sharp debates over how a revolutionary party should organise in oppressive Russia and perspectives for how the coming revolution would unfold.

Rubenstein also acknowledges that the 1905 Russian Revolution, in which Trotsky played a leading role, saw Trotsky’s “theoretical claims and intuitions as a Marxist confirmed”, ie the theory of the Permanent Revolution. “It would be the proletariat that would have to seize power; it would be the workers who would take over the destiny of Russia”.

Trotsky is condemned by Rubenstein for rejecting the social democratic Mensheviks’ supposedly “more cautious, more tolerant, more liberal understanding of what a socialist revolution must mean”.

But having studied the tragic lessons of the failed 1871 Paris Commune and 1905 Russian revolution, Trotsky and Lenin understood that the only alternative to the working class, led by the Bolsheviks, overthrowing Czarism and landlordism in 1917 would have been bloody counter-revolution and the likely imposition of a brutal military regime.

Rubenstein asserts that it was the “Bolsheviks’ insistence on a monopoly of power that provoked the civil war” in Russia. Yet he again contradicts himself, admitting later that the “civil war, after all, was initiated by right-wing and pro-monarchist groups”.

Trotsky’s role as leader of the Red Army, contesting 21 invading capitalist armies, is condemned by Rubenstein for its “severe discipline”. But all civil wars are violent, bloody affairs. The American Civil War left a huge death toll and extreme measures were used on both sides.

Yet historians and biographers usually applaud Abraham Lincoln for his role and they certainly do not heap anything like the same moral opprobrium on him as they do on Trotsky. Why? We can only conclude this is due to their political hostility towards Bolshevism.

Between 1918 and 1921, Trotsky and the Red Army successfully defended the Soviet regime against the forces of capitalist counter-revolution. This was primarily on the basis of inspiring workers and peasants to fight for a new socialist society and by making a class appeal to the rank and file of the Western armies.

According to Rubenstein, Trotsky, was “very much helping” Lenin and the Bolsheviks, to “lay the foundations for decades of rule by a ruthless, one party dictatorship”.

But what was the basis of the rise of Stalinist totalitarianism?

While the working class triumphed in 1917, Russia was economically and culturally underdeveloped and the devastating civil war resulted in famine, economic collapse and the loss of many of the most politically advanced workers.

The failure of socialist revolutions in advanced capitalist countries left the Russian working class isolated. It was these conditions that primarily led to a bureaucratic, nationalist reaction in Russia not, as Rubenstein asserts, Trotsky being “out of his depth” in his struggle with Stalin, the “master of political intrigue”.

The coming to power of the bureaucracy, led by Stalin, drowned in blood the revolution and snuffed out any semblance of workers’ democracy.

While the historical gains of the state-owned planned economy remained and resulted in stunning achievements, in the absence of democratic workers’ management and control this came at a huge human cost and caused enormous material waste.

Eventually the increasingly bureaucratised Soviet economy stagnated and finally collapsed in the early 1990s, ushering in capitalist restoration – a catastrophe for the living standards of millions – which Trotsky had predicted decades previously.

A Revolutionary’s Life concludes with Trotsky’s hounding by the forces of Stalinism and his murder at the hands of a Stalinist agent, in Mexico, in 1940.

Crucial debates during the 1930s took place among Trotsky’s followers in the International Left Opposition and later the Fourth International.

These debates, including the class characterisation of the Soviet Union and Trotsky’s call for a political revolution to restore real workers’ democracy, the position of revolutionaries on the impending world war – as well as Trotsky’s rich analysis of fascism, the Spanish Revolution and other vital issues in the 1930s – are treated swiftly, and unfortunately often too lightly, by Rubenstein.

Trotsky’s writings are, of course, the best place to go to for an in-depth examination of these important debates, which have great relevance today. And Trotsky’s autobiography, as well as Isaac Deutscher’s magisterial, three-volume Trotsky biography, despite its political flaws, remain essential reading to understand the great revolutionary’s politics and times.

For these books by Trotsky add 10% postage and packing

History of the Russian Revolution £22.99

These Trotsky pamphlets are 50p each:

In defence of October

I stake my life