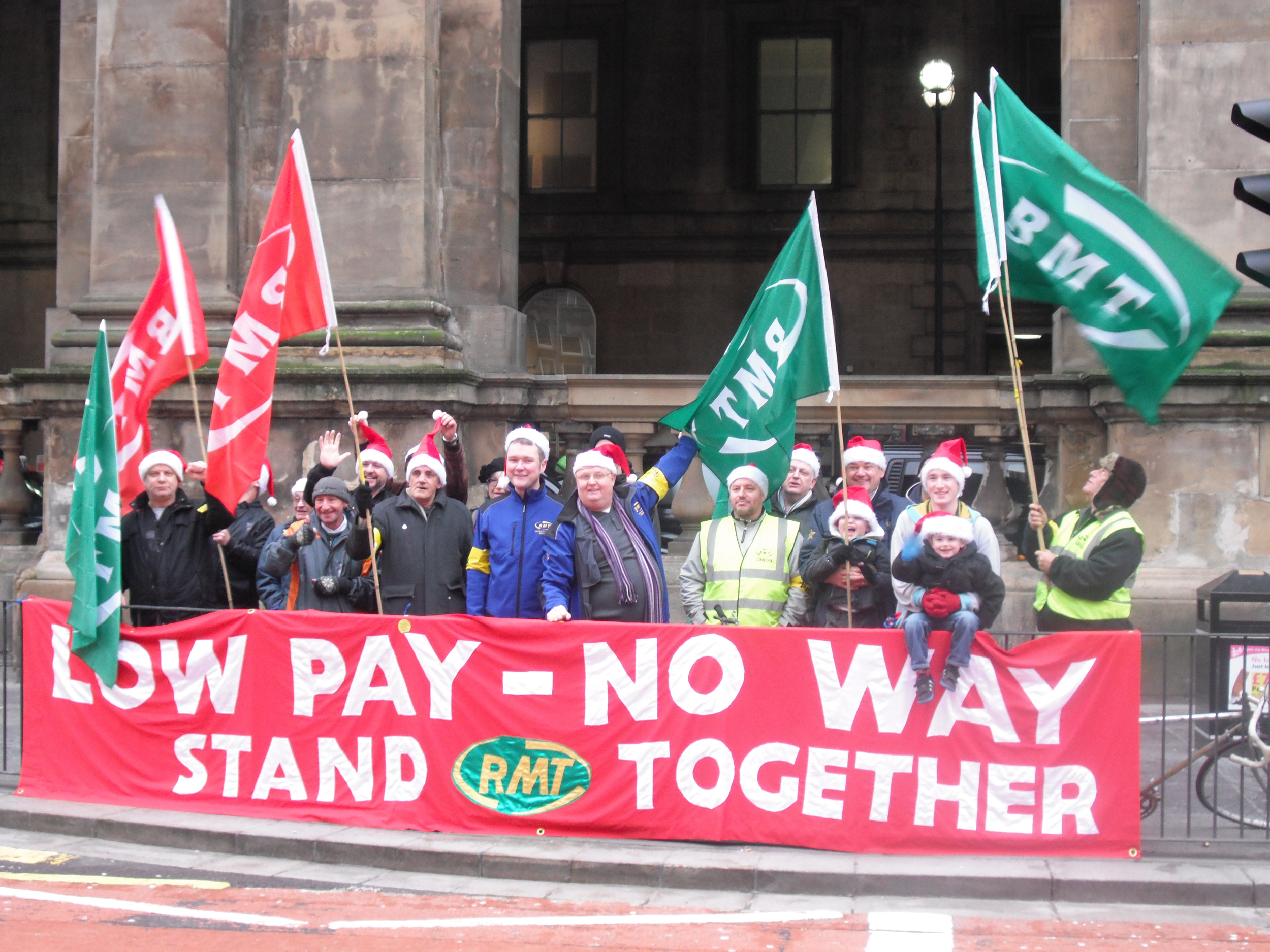 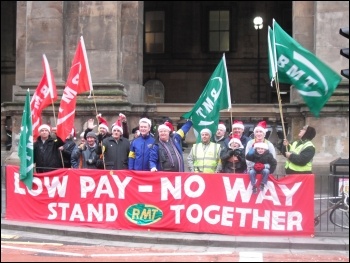 As Craig Johnston, RMT Relief Regional Organiser, pointed out: “If you are going to have industrial action you have it when it is most convenient for workers and most inconvenient for bosses”.

Craig went on to say: “Churchill have recently offered some of the workers a derisory £70. Not per month, but as a one-off payment!” Churchill then challenged the RMT union to put this derisory offer to its members – which it did. 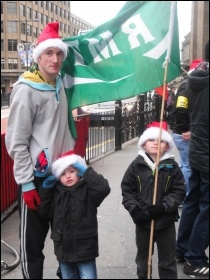 Churchill cleaners working on Tyne and Wear Metro have taken a further 72 hours of strike action over the Christmas holiday, photo by E Brunskill   (Click to enlarge: opens in new window)

The RMT has also sent all councillors who are on the ITA (Integrated Transport Authority) a “Christmas hamper”.

The ITA is overwhelmingly Labour controlled, and it was them who privatised the metro system and handed the operation over to DB Regio (German state railway), who in turn subcontracted the cleaning to “privateer rubbish company Churchill’s”.

Craig told us: “The German and Dutch railway have big stakes these days in the UK. They make so much money out of this that one official was overheard as describing Britain as Treasure Island.

“Meanwhile those at the sharp end, delivering frontline services are on miserable wages and piss-poor conditions.

“Labour politicians talk about the introduction of a living wage, but here we have a maze of privateers and contractors that deliver poverty wages to our members.

“It’s all well and good David Miliband (South Shields MP) writing articles for national newspapers on the living wage – he should get down to South Shields metro station in his constituency and meet Churchill cleaners subcontracted by a Labour transport authority on miserable wages. My message to the Labour Party is that your actions speak louder than your words”.