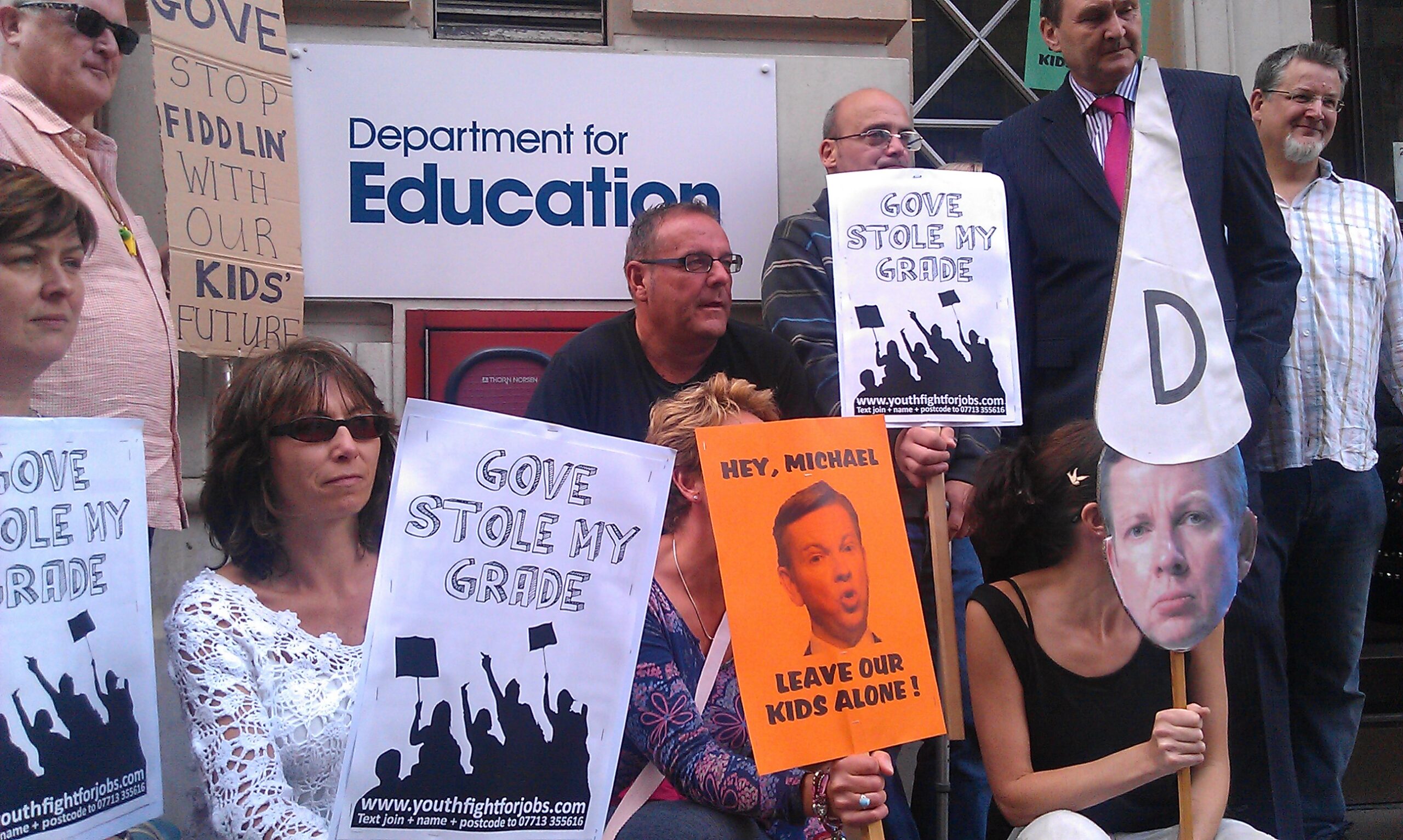 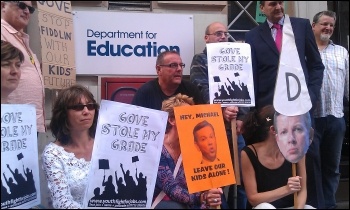 NUT protest outside the Department of Education by teachers and parents opposed to the GCSE regrading in August 2012, photo Neil Cafferky   (Click to enlarge: opens in new window)

Teachers, parents and students will be happy about the Con-Dem education minister Michael Gove’s climbdown over the English Baccalaureate Certificate (EBC).

Gove’s retreat shows that the coalition can be forced to backtrack in the face of united pressure.

The EBC was designed to replace certain GCSEs, supposedly reversing the “dumbing down” of secondary education and making the testing of students “more rigorous”.

In reality the EBC was part of the Tories’ political ideology; testing knowledge rather than developing the skills of the students in a positive way.

The EBC was designed to move education back to the 1950s – where students rote learned kings and queens, 19th century poems and times-tables.

Gove’s defeat was due to united opposition from the unions, educationalists, the media, the Welsh Assembly and the Education Select Committee.

Aspects of this have included attacks on national pay and conditions, the academisation of comprehensive education, the expansion of the ‘free school’ programme and significant cuts to pensions.

While we welcome the end of the EBC, the government’s Dickensian policies will continue to plague education until united opposition, led by the unions, forces the Con-Dems to backtrack completely.

The news on 10 February of a ‘secret memo’ revealing the “full extent of Michael Gove’s plans to revolutionise education”, allowing academies and free schools to make a profit, will come as no real surprise to teacher trade unionists.

But time is running short to stop Gove’s pay proposals becoming implemented. Agreement across London Region NUT for a demonstration against Gove on Wednesday 13 March is a good way of mobilising for national strike action – but when will that action be called?