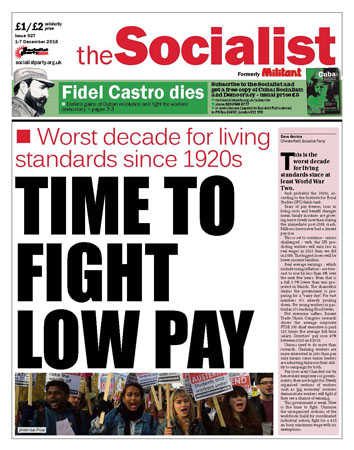 A report by Labour says that 112 councils in England who responded to a freedom of information request have issued more than 156,000 court summonses to people in council tax arrears since April. Spread over all 326 councils, that figure could rise to close to 500,000.

Along with this change is a 10% cut in government grants to local authorities. Many councils simply passed on the cut by levying council tax on low-income households who previously were exempt.

For people on the minimum wage or claiming benefits, having council tax imposed on them is a double whammy if also burdened with the hated bedroom tax.

So, a millionaire in the London borough has effectively seen their council tax bill reduced, while the poorest in the borough are facing court summonses, unable to pay the newly imposed council tax.

Indeed, Labour’s report into council tax arrears, while having a pop at the government, fails to point out that in many cases it is Labour councils who are taking legal action against their poorest residents.

Again, despite Labour’s pledge to abolish the bedroom tax, many Labour councils are threatening poor tenants with eviction.

This makes a mockery of Ed Miliband’s much vaunted claim at the recent Labour Party conference of tackling the cost of living crisis affecting millions of people.

It reinforces the Socialist Party’s argument that Labour represents no real alternative to the current government coalition parties.

That is why working class people should think about standing as Trade Unionist and Socialist Coalition candidates in next May’s council elections on a ‘no cuts’ programme.