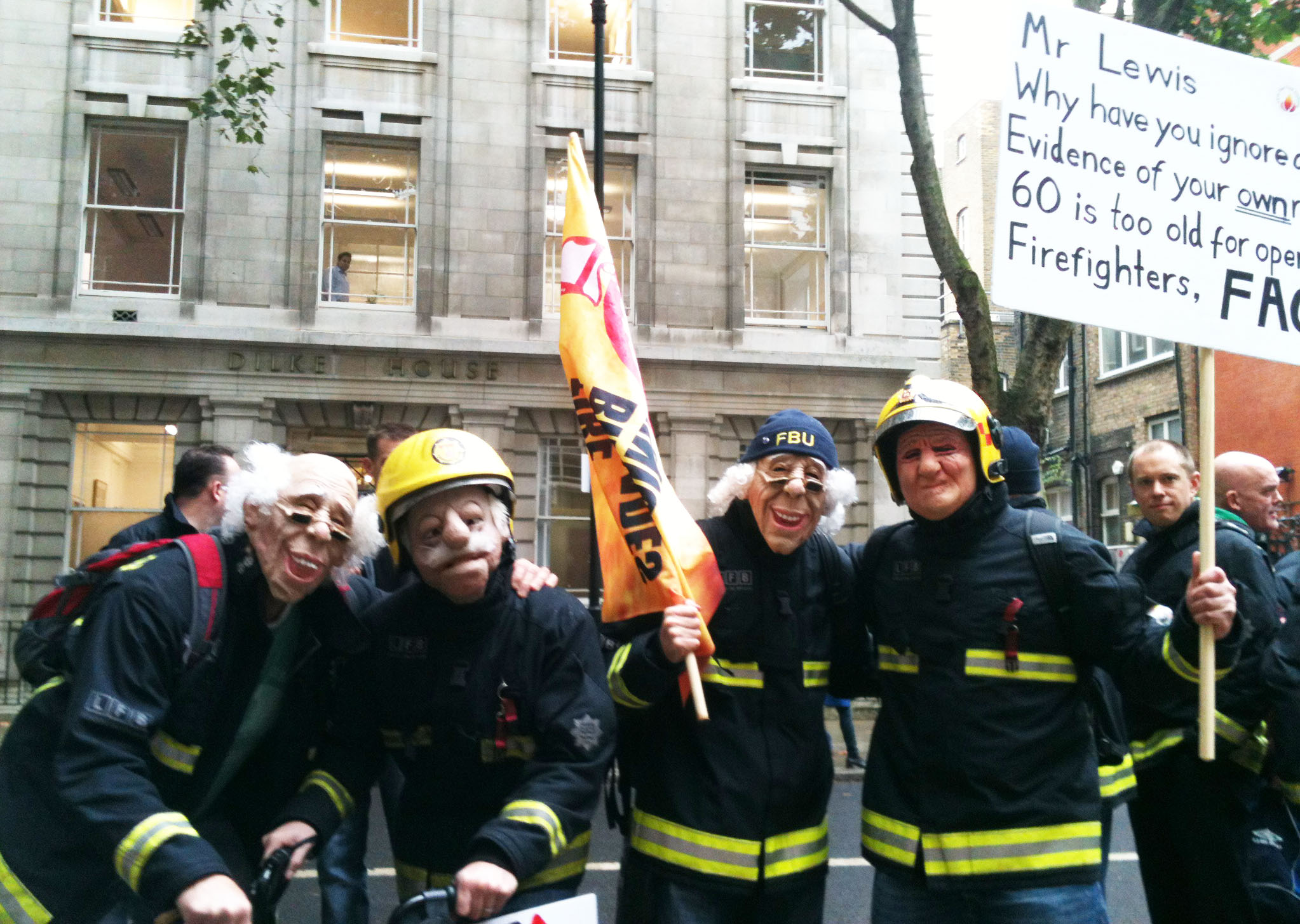 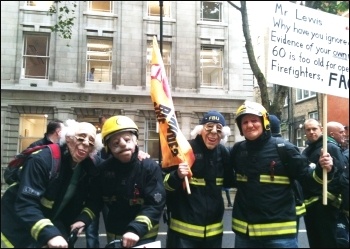 National firefighters’ demo: ‘We save people, not banks’

Thousands of firefighters marched from Malet Street to a rally in Westminster Central Hall, London, on Wednesday 16 October, in protest at attacks on their pensions. 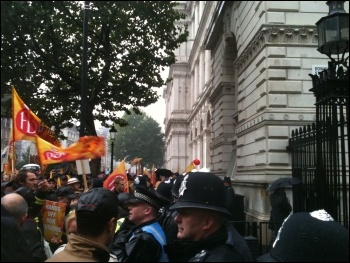 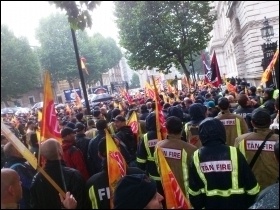 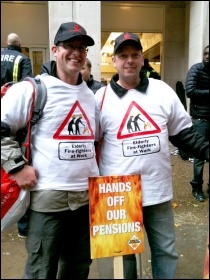 Firefighters have been to the forefront of resisting the brutal austerity in Spain and their struggle has clearly influenced the FBU here in Britain.

The slogan from the day’s march: ‘We save people, not banks’ was taken from the Spanish firefighters.

This was their response when they were called out to assist the eviction of an elderly woman from her home.

POA general secretary Steve Gillan was given one of the biggest applauses of the rally when he said: “We need to name the day for a general strike”.
Christine Blower also received a big round of applause when she said teachers might well be out on strike with the firefighters at some stage in the future. 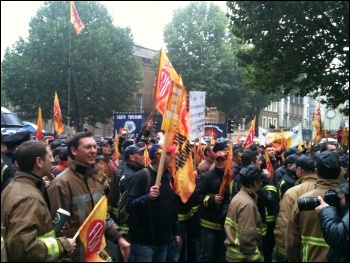 FBU general secretary Matt Wrack paid tribute to his members for turning out in great numbers despite the long distances many had to travel. He revealed that the FBU executive had been contacted by government ministers on Friday requesting talks with the FBU this week. 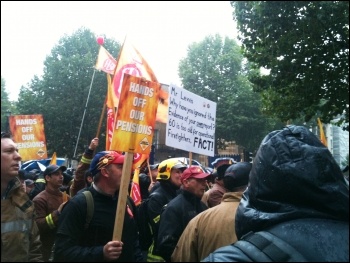 Matt attributed this sudden willingness to talk, after two and a half years of silence from the government, to the union’s determined policy of industrial action, particularly the upcoming five-hour strike on Saturday.