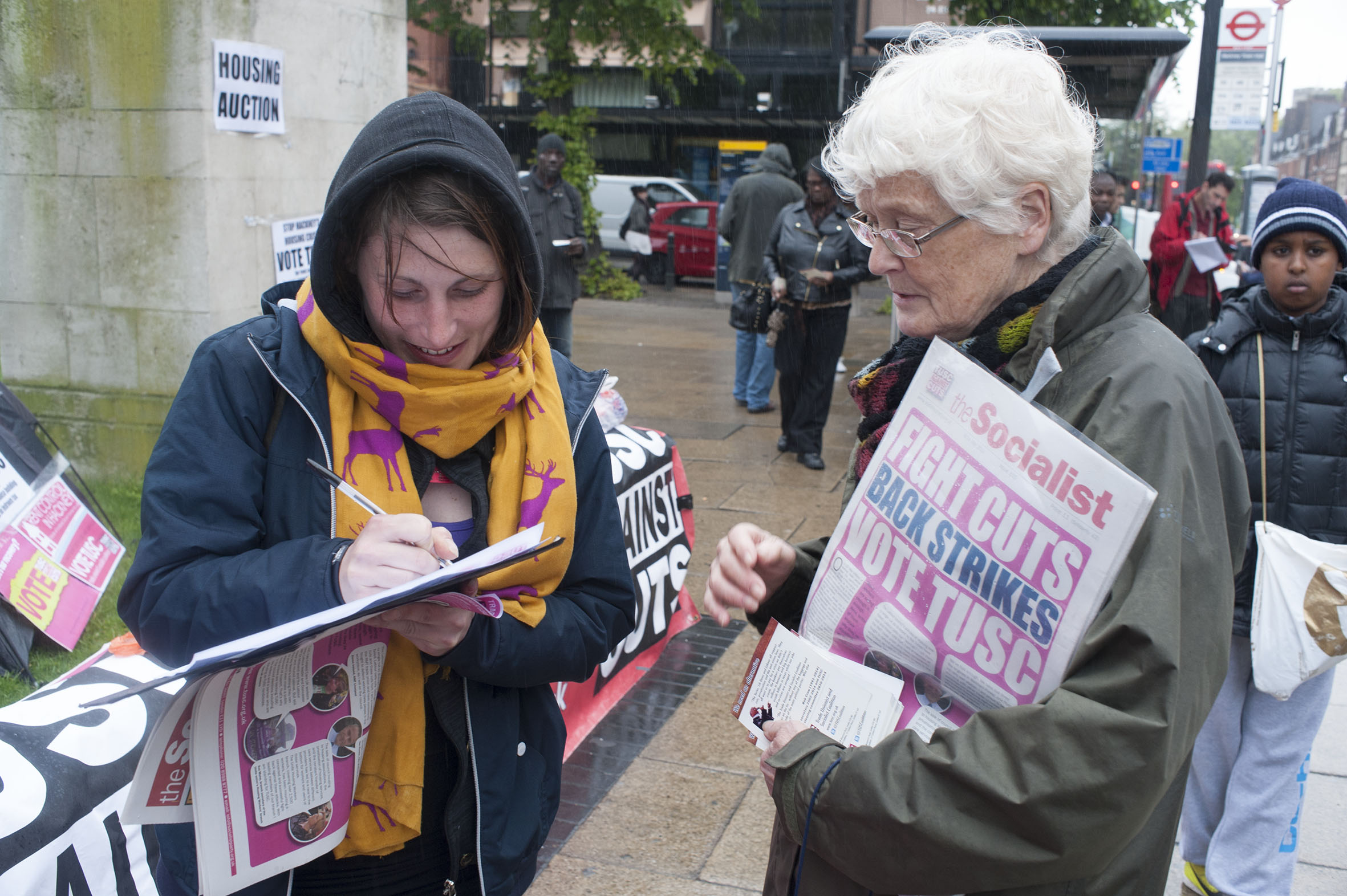 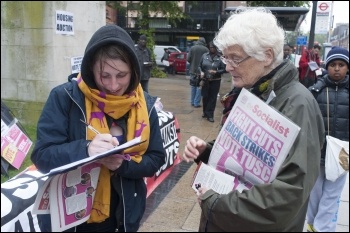 Selling the Socialist when campaigning for TUSC in Hackney, photo Paul Mattsson   (Click to enlarge: opens in new window)

£8,030 has been paid in so far, and we have almost £7,000 to go. The appeal is to help pay for the TUSC challenge in the council and mayoral elections, where Socialist Party members and other TUSC candidates won over 67,000 votes for a socialist alternative to austerity.

The remainder will go to help pay for the No2EU election campaign, providing a trade union and workers’ alternative to Ukip, and for the courageous challenge launched in South Africa by the Workers’ And Socialist Party.