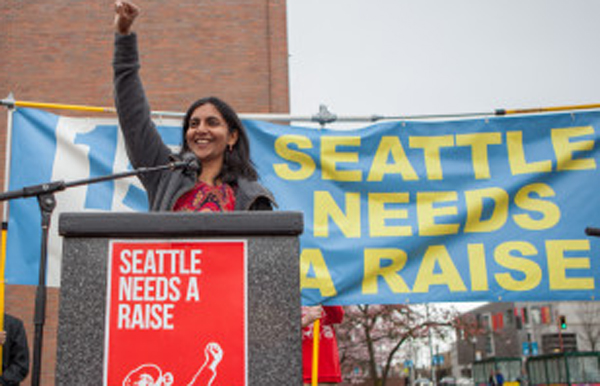 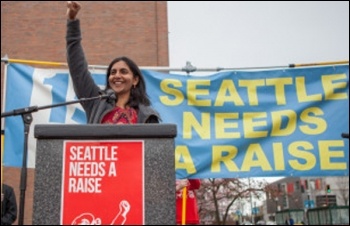 Capitalism has created a world in which just 85 people have as much wealth as the poorest half of humanity. While the rich get richer we are made to pay for a crisis of their system.

The bosses and their politicians heap austerity upon our heads. For them the lives of the vast majority are so much small change in their pursuit of ever greater profits.

This has not gone unchallenged. From Britain to Brazil, Seattle to South Africa, working-class people are fighting back to raise their living standards. If you want to hear from those at the sharp end of these struggles then Socialism 2014 is the place to be.

This weekend of discussion and debate will involve socialists, trade unionists and anti-cuts activists from Britain and across the world. This is your chance to discuss how to take the fightback forward and build the socialist alternative to cuts, crisis and capitalism.

One of the most anticipated speakers will be Seattle Socialist councillor, Kshama Sawant. Kshama is a member of Socialist Alternative, co-thinkers of the Socialist Party in the US. Her election with nearly 100,000 votes has sent shock waves across the world.

Writing in the British press Will Hutton said simply: “This does not happen in the US.” But things are changing.

Kshama’s election victory has fed into a successful movement for a $15 an hour minimum wage and inspired working people the world over. Workers here have taken this lead and ran with it, beginning to campaign for £10 an hour.

This is the first time Kshama has spoken in Britain since being elected so don’t miss your chance to see her.

Socialism 2014: A weekend of discussion and debate

►Pay before 1 September for a 20% discount

PUT THE DATES IN YOUR DIARY NOW!