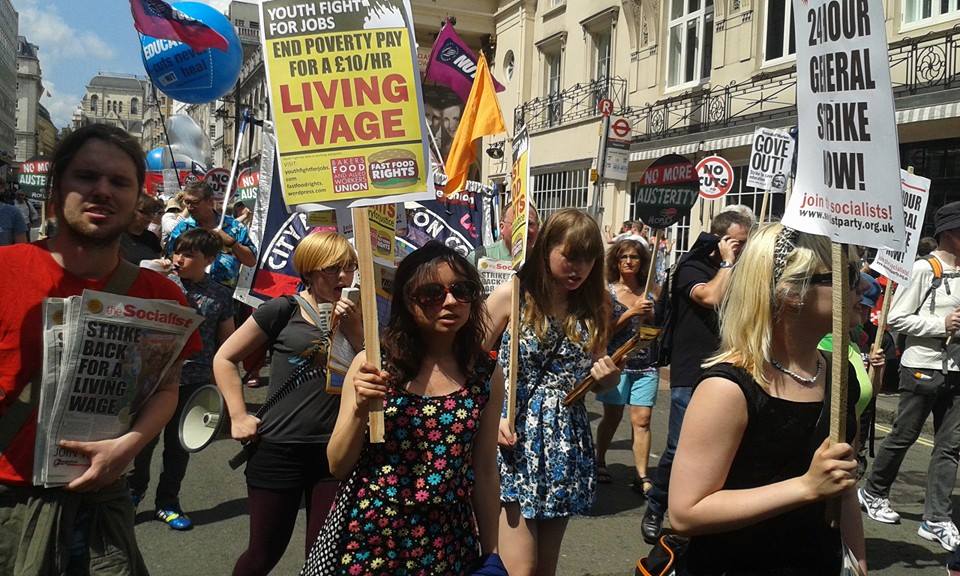 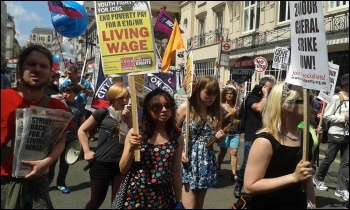 A new report by the Prince’s Trust shows the devastating impact of unemployment on young people in Britain. Over half of those interviewed – under-25s not in education, employment or training – suffer from anxiety in everyday situations. One third reported they regularly “fall apart” emotionally.

Two in five are not eating properly. More than a third avoid leaving the house. The impact on long-term unemployed youth is even worse: 25% have self-harmed and 32% contemplated suicide. Rather than treat them, the government has cut youth mental-health services by £50 million.

Joblessness is rampant, due to the economic crisis and government austerity. Officially, there are 754,000 unemployed young people – a staggering 17%. Yet the government claims this as a success, because it is slightly less than a year ago! And the jobless figure doubles when including those who have given up looking, discouraged after months or years of rejections.

The benefits system is not designed for the unemployed and low paid. It is deliberately so complex that most struggle to navigate it.

There is little help towards real training and jobs. Instead the unemployed are bullied into slave-labour “workfare” schemes. Nearly a million benefits claimants were sanctioned last year, with welfare withdrawn for reasons as petty as turning up a couple of minutes late.

Even if young people do find work, the problems don’t end there. 5.5 million are languishing on zero-hour contracts. Workers under 21 don’t even qualify for the pitifully low full minimum wage. And many jobs are dressed up as “apprenticeships” where employers legally pay as little as £2.73 an hour.

Money-grubbing bosses are not interested in developing young workers. They simply want to maximise profits, through blatant, brutal exploitation.

Unemployed workers have a proud history of resisting. Between the wars there were enormous demonstrations demanding work. They were supported by fighting, working class political representatives – such as those in Poplar, east London. Those Labour councillors fought the Liberal-led coalition government, and their own party’s leadership, for more money to increase welfare payments.

In 2011, the trade union Unite launched “community membership” to help organise the unemployed. Jobless workers’ struggles must be linked to the connected interests and organised strength of the wider trade-union movement.

Crucially, we need a political alternative to represent ordinary people, based on trade unions and community campaigns. The Trade Unionist and Socialist Coalition (TUSC – see centre pages) is a step towards this. All unemployed activists should consider standing as TUSC candidates in local or parliamentary elections, to show the bosses we won’t pay for their crisis.

■ Benefits we can live on – no to starvation rations

■ The right to decent benefits, education, training or a job, without compulsion

■ A massive programme of home building and job creation

■ A £10-an-hour minimum wage with no exceptions

■ Scrap zero-hour contracts – for flexible working on our terms, not the bosses’