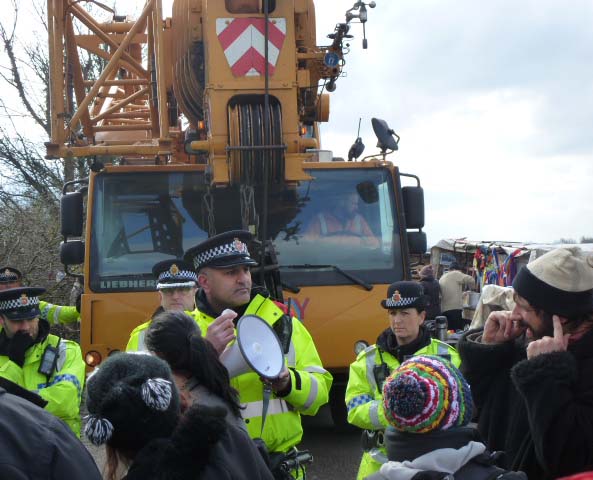 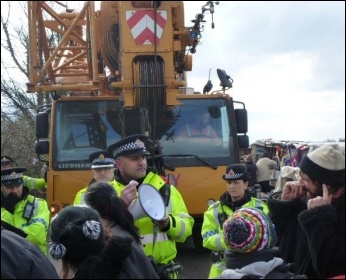 This government cares more about profits for energy companies than it does about what happens to people. They still plan to “go all out” for fracking – the extraction of gas by pumping high pressure water and chemicals into shale rock. This is despite evidence of health and environmental dangers.

The Infrastructure Bill currently going through parliament aims to make it easier for energy companies to drill under people’s homes without their permission.

But with the general election looming and under pressure from anti-fracking campaigns, the government has made some small concessions – for example fracking would not take place in national parks, areas of outstanding natural beauty and areas where water is collected for domestic use.

However, Labour used this partial U-turn as an excuse for not voting for an amendment that would put a moratorium on fracking until its implications were further investigated. In reality they have the same big business interests at heart as the Tories.

Yet the cross party parliamentary Environmental Audit Committee had proposed that fracking in the UK should be suspended because it would make it impossible to meet carbon reduction targets.

The government argues that it is ‘cleaner’ than coal, but is prepared to back massive investment in an industry that causes climate change rather than shifting to renewable energy and environmentally sound alternatives on the scale that is needed.

Cameron wants a repeat of the large expansion of fracking in the US. Energy companies are lining up to profit. The links the Tories have with the industry were revealed by a leaked letter from George Osborne to ministers telling them to make “personal priorities” of intervening to fast track fracking and to help the “asks” of shale gas company Cuadrilla. This would include getting involved in local planning and offering public land for drilling.

Yet again it proves that defending the environment and getting rid of the system that operates on the dictats of profit are linked. A socialist solution is needed, and an alternative to the big business parties.