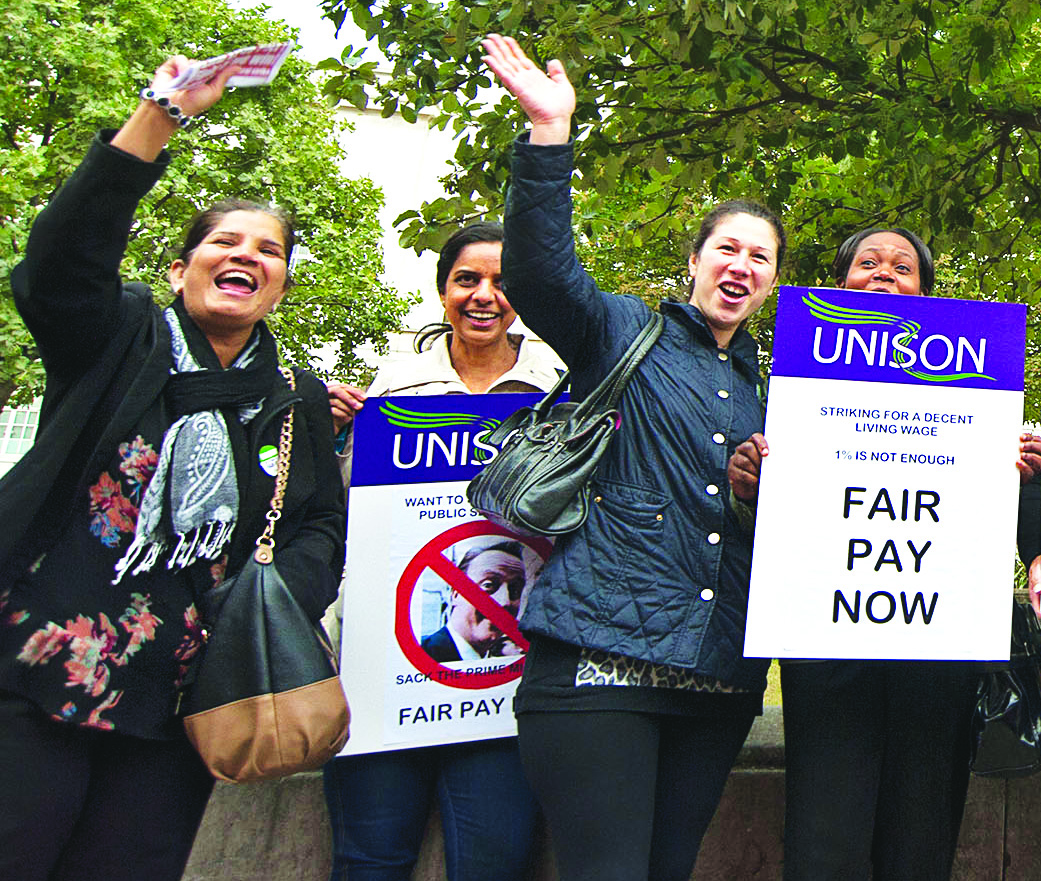 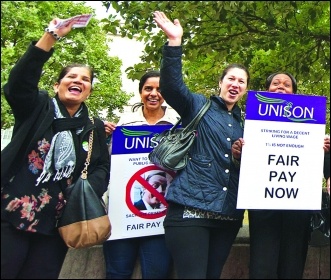 Delegates at the Unison local government special conference on 24th March delivered a massive blow to the leadership by voting to submit a new pay claim for 2015-2016.

The special conference was called following an initiative from the north west region in the wake of widespread anger among the membership over the debacle of last year’s pay dispute.

The strike was called off, with local government trade unions accepting a worse deal than what had previously been on the table.

The mood of the conference floor was defiant as attempts by the leadership to filibuster the call for a new pay claim backfired.

This was thanks to a disciplined approach by delegates from the floor, determined to come away from the conference with a commitment to a further pay claim.

Despite a clear majority of delegates voting in favour by a show of hands, the president called for a card vote. Unfortunately for the leadership this returned precisely the same result!

Delegates were in no mood to accept the usual attempts by the bureaucracy to blame the membership for an unwillingness to fight and to accept continued pay restraint. They repeatedly called for a determined and confident lead to be given over pay.

The anger of delegates wasn’t just restricted to those at the top of the union. The Labour Party and the union’s relationship with it came in for strong criticism.

At the time of the deal a letter emerged from Jim McMahon, leader of the Labour Party group in the Local Government Association, to Unison general secretary Dave Prentis.

In the letter McMahon instructed Prentis to recommend the offer to Unison members or it would be taken off the table.

Speaking from the top table, Socialist Party member Mike Forster called for an end to deals “… done behind our back with the Labour Party.

Next time when they threaten us, let us withdraw funding from every councillor and every MP that supports the Labour Party”. This received a huge round of applause from the floor.

Important steps were also taken to increase rank and file control of future pay disputes. An amendment to a motion on the decision to cancel strike action for 14th October last year ensured “at least one” lay member would be present at future talks with the employers.

The conference ended on a comical note. For reasons known only to the management of the venue the speakers started playing ‘Cry me a River’.

No doubt it struck a chord with many of the glum faced leaders of Unison as they trooped dejectedly off stage!

The conference result was a big step forward towards fighting to win back some of the money stolen from Unison members by years of pay freezes.

It was also a victory for rank and file democracy. However, much work remains to be done to ensure that the leadership carries out the decisions of conference.

A new pay claim must be submitted by the National Joint Council before the general election in May.

It is vital that rank and file members in the other major local government unions, Unite and GMB, follow the lead of the decisions made at this special conference.

Pressure must be brought to bear in those unions to ensure that Unison ‘isolation’ (despite being by far the biggest local government union) is not used as an excuse for inaction by Unison leaders.

Also, the conference must be a platform to transform Unison into a fighting union. All Unison members and activists should be inspired by it to make a determined effort to get the ‘Reclaim the Union’ slate of left-wing candidates elected in the forthcoming Unison NEC elections that start on 7th April (slate below).

‘Reclaim the Union’ slate of candidates for the Unison NEC