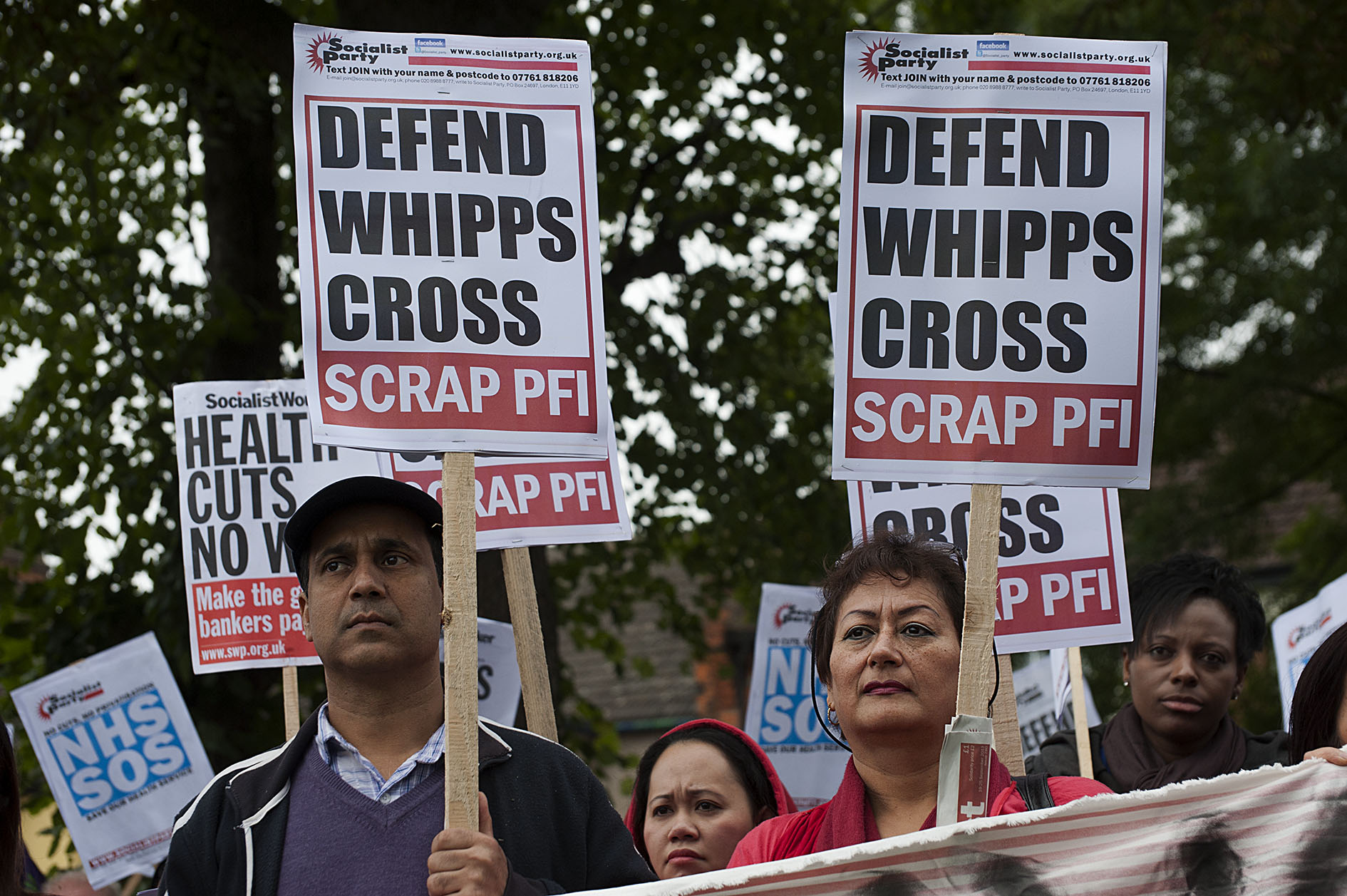 Health service is not safe in Labour or Tory hands 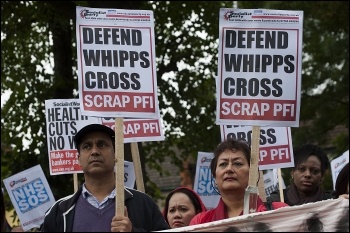 When you go into one of the main blocks at St Bartholomew’s hospital in central London, it’s almost like going into a posh hotel. There’s glass stairs, trees inside the building, coffee bars with comfy seats and some of the direction signs even take you to the department you want to get to.

It’s a similar story at the Royal London hospital in Whitechapel. Round the back of the old building is a new hospital – somewhere to be proud of as part of the NHS in the 21st century.

But the fact that all the coffee bars are run by a private company and there’s loads of building workers wandering around with the names of various multinational building firms on the back of their hi-viz jackets, give clues to the reality of the situation.

Barts Health Trust, (which includes Barts, the Royal London, Whipps Cross and Newham hospitals, the largest health trust in England) has been put into special measures.

Barts is being crushed by a 43-year Private Finance Initiative (PFI) contract through which it will massively overpay a gang of banks and construction companies who have done the building work.

The Independent on Sunday has calculated that the UK ‘owes’ more than £222 billion to these PFI companies across 720 PFIs – or about £3,400 for every person in England.

The Independent estimates that by 2049/50 the total PFI bill will be over £310 billion – more than four times the budget deficit.

The Tories invented PFI but Labour enthusiastically adopted this method of funding hospitals, schools, prisons and other projects.

Four of these PFI firms – Balfour Beatty, Carillion, Interserve and Keir made combined profits of over £300 million by selling their shares less than five years into the deals. So they get the pay-off out of the fruit machine before the wheels have even stopped turning.

The sting in the tail of the PFI is not that it’s a ridiculously overpriced method of getting important things built – but we all end up paying over and over again for the same projects, which might still end up in private hands at the end of the contract.

Jean Shaol of the Manchester Business School says of PFI: “Frankly it’s very corrupt… no rational government, looking at the interests of the citizenry as a whole, would do this.”

Unfortunately Labour did. But Margaret Hodge, Labour’s chair of the Public Accounts Select Committee says: “I’m afraid we got it wrong… we got seduced by PFI.”

But weak apologies just won’t cut it. The only possible solution to this mess is to kick the private companies out of the NHS. Cancel all the PFI debts. Nationalise the big pharmaceutical companies under democratic workers’ control and management.

That would immediately release enough money to make sure that every hospital has modern, pleasant buildings – but under our control, not the big business sharks.