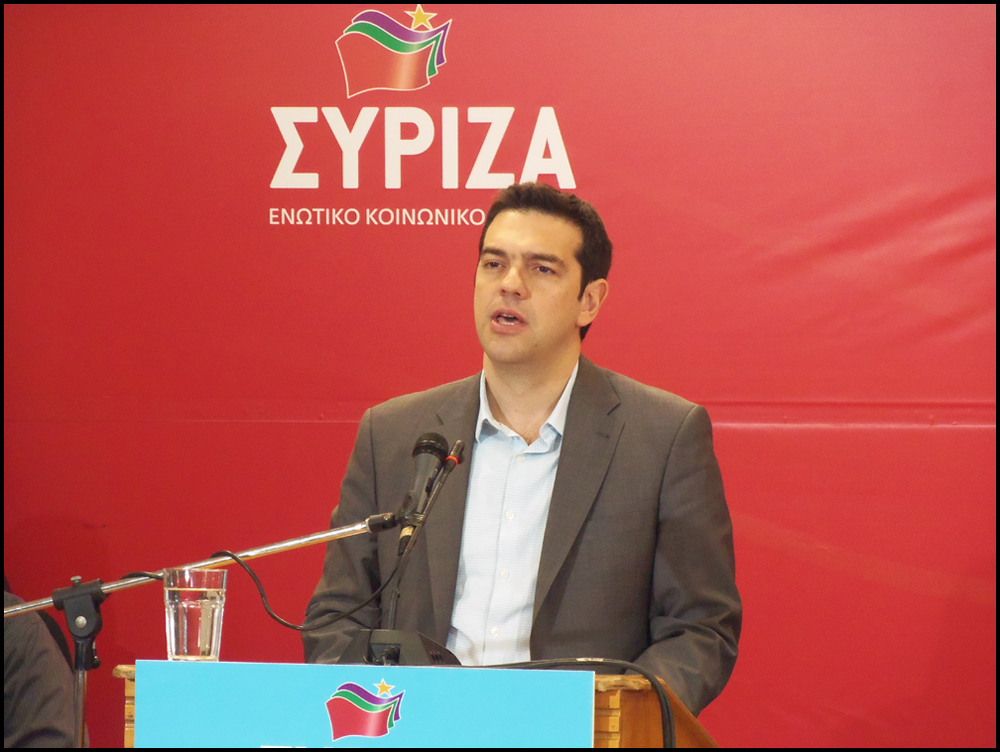 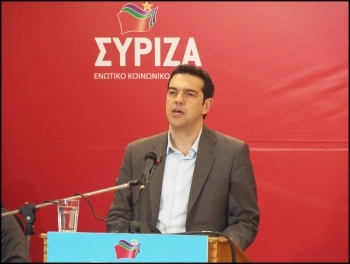 This is after months of bullying from the capitalist institutions, including EU threats of Greek state bankruptcy. The Syriza-led government has now caved in and crossed its own ‘red lines’ to close a funding gap of billions of euros owed to the IMF and the ECB and thus avoid default.

In spinning the deal, the Greek economy minister, George Stathakis, concentrated on the increase in tax surcharges for “middle and higher income earners”, a levy on firms with a net income over €500,000 and a rise in corporation tax from 26% to 29%. He claims this will raise €2.6 billion.

Andreas Payiatsos from Xekinima (CWI Greece) commented: “This deal will suffocate the economy. It meets all the budget demands of the Troika, imposing €7.9 billion worth of cuts in the course of the next 18 months, to pay the debtors. The majority of this will be paid by the working masses.

“Despite the spin by Syriza leaders, the deal is terrible for pensioners, workers and the poor. Syriza has abandoned its ‘red lines’. It is true that the deal does not hit wages and pensions directly, but they are doing it indirectly, by raising VAT and workers’ fees for social insurance funds.

“The Syriza government has tried to put more burdens on the rich by increasing taxes, but these are meek measures and do not change the general disastrous situation for working people, those who are retired and the poorest.

“The Greek government proposals will put the economy back into recession. Greece has already lost more than a quarter of its national income since the crisis began. Unemployment is officially at 26% (much higher in reality, particularly given the mass exodus of migrating youth).”

While welcoming Syriza’s U-turn, the EU indicated it wants even more cuts before the Troika gives new funds to Greece. Nothing is guaranteed, but a deal could be agreed after a meeting this week of the Eurogroup finance ministers and later at an EU summit.

“Syriza is in turmoil,” Andreas commented. “Even the Syriza-run radio station does not know what to say. Only right wing Syriza spokespeople went on the mass media to try to explain away the government’s abrupt climb-down.

“Xekinima calls on the left wing of Syriza in the Greek parliament to vote against any deal. Of course if the Syriza left does vote against the deal, the Tsipras leadership can rely on the opposition – MPs from New Democracy, Pasok, and the River.

“This would lead to a split in Syriza. But we are living through historic times and the left has to show that it can respond and break party discipline for the sake of being consistent in the interests of the working class.

“The humiliating climb-down by Tsipras shows that trying to plead with the better nature of the representatives of EU governments and the Troika was always going to fail.

“Only by refusing to pay the unsustainable debts, introducing capital controls and nationalising the main industries, banks and services under democratic public ownership, can austerity end for Greek people and a society for the many not the tiny elite, start to be built.” 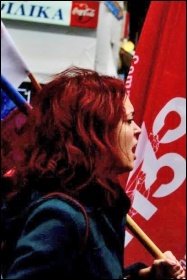 Greek society is watching the process of the so-called “negotiations”, tired, frustrated and angry with the stand taken by the ‘Institutions’ (Troika).

This tiredness and frustration with the lenders is also gradually turning into disappointment towards the Syriza government. For the first time since the elections, there are many voices in the Greek working class saying “they’re all the same in the end” or “Syriza is no different to the others”.

A rupture with the Institutions means exit from the eurozone. This is very well known to the leadership of Syriza. So, why don’t they say it, openly, publicly and boldly to the Greek people in order to prepare it for this development?

Let us talk concretely about what a rupture would mean. When, on 5 June, the ‘unthinkable’ to the ruling class took place, and the Syriza government refused to pay an instalment to the IMF, the sky did not fall.

The Institutions proposed ‘capital controls’ to the Greek government, as were applied in the case of Cyprus. The Greek government said no! Why? Since when is the left a defender of the freedom of movement of big capital in global markets?

This means: nationalisation of the banking system, nationalisation of strategic sectors of the economy, an economic reconstruction plan based on national coordinating bodies by industry and between industries, the writing off of the debts of small businesses and self-employed workers who were destroyed by the crisis, long-term interest-free loans to small businesses, professionals and small non-profit cooperatives and democracy in production with social and workers’ control and management in all aspects of the economy.

On the basis of such a socialist programme, there is hope and a positive perspective – not only for Greece, but for workers across Europe, who will support and embrace it. On the basis of capitalism, facing its deepest international crisis since the 1930s, there is none.