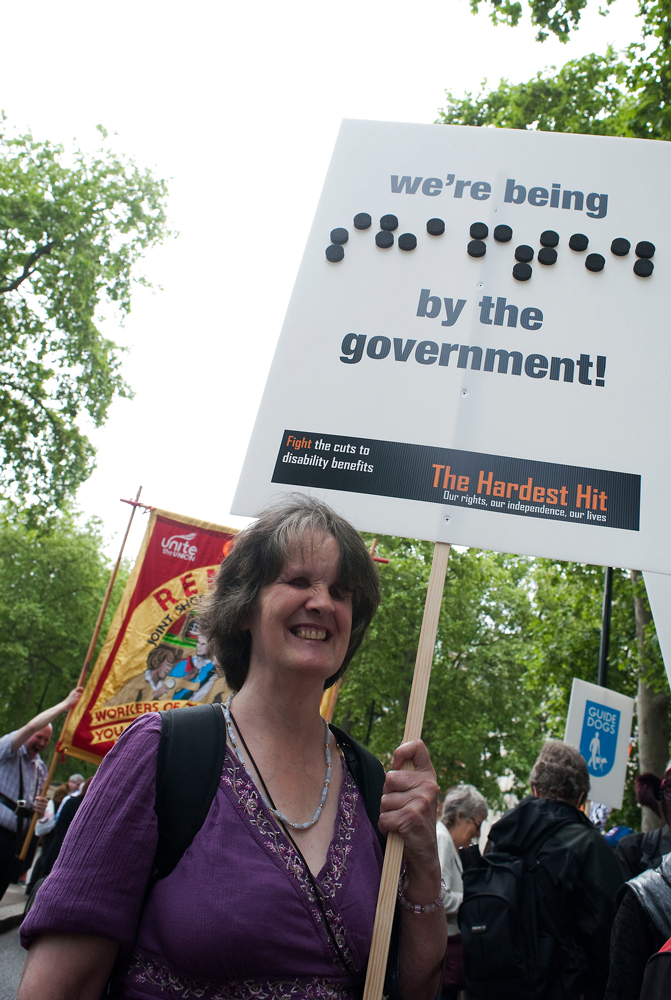 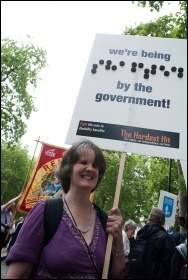 Disability rights campaigners, furious at the government’s spending cuts, took their protest into the House of Commons on 24 June during Prime Minister’s Questions. They were stopped from entering the chamber by police.

The protesters (Members of the Save the ILF and Disabled People Against Cuts) were highlighting the ending on 30 June of the Independence Living Fund (ILF).

This pays for carers to assist 18,000 severely disabled people to live at home rather than in a nursing home. Its abolition will result in disabled people being segregated from wider society.

This backward step comes at a time when the increasingly privatised care home sector is reeling from numerous exposes of abusing residents.

The previous Tory-Lib Dem government decided in 2012 to end the fund and pass responsibility to local authorities, with funding no longer ‘ring-fenced’ ie subject to cuts.

The decision was successfully legally challenged by disabled recipients of ILF in May 2014. However, this was a stay of execution as the court judgment meant only that the government had to reconsider its closure decision. The government then announced it would close the ILF in June this year.